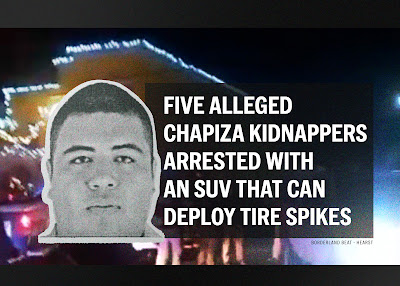 Five alleged Chapiza hitmen who kidnapped a doctor in Obregón, Sonora, were arrested. Authorities found in their possession a customized, armored SUV which was equipped with mechanisms to deploy tire spikes and oil.

Kidnappers Get Raided By Police

On November 23, 2022, a doctor and another individual, whose identity was not revealed, were abducted in the city of Obregón, in the state of Sonora, by a group of armed cartel hitmen. 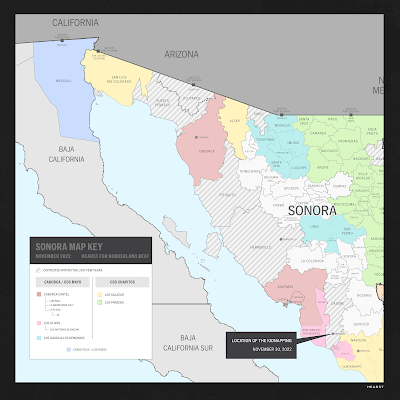 The exact abduction location is unknown, but his relatives told police that he was last seen at a car wash in the Casa Blanca neighborhood of the city.

A day after the victims were abducted, their relatives realized they were missing and filed a report with police who began investigating the kidnapping. They quickly zero-ed in on a suspicious house in the same neighborhood where the victims went missing. 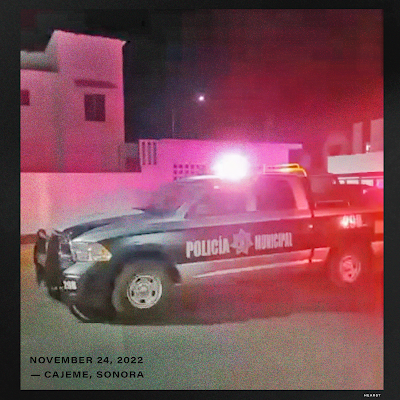 Later that same day, the kidnappers and the authorities surveilling the property got into a shootout. A video of the incident, shown below, features a person yelling out “Don’t shoot here, there are children!”

After the shooting concluded,  police officers and soldiers surrounded the perimeter while the state Attorney General’s Office (FGE) requested a search warrant for the property. A judge approved the search warrant and on November 25, 2022, agents from the FGE raided the house. 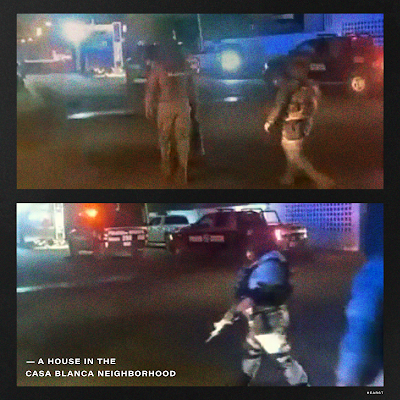 Inside they found the two victims, five kidnappers, and a number of firearms. The victims were quickly freed and given a medical check. Multiple news articles say the victims were found “safe and sound”, so it’s presumed that the victims did not suffer any serious injuries while in captivity. 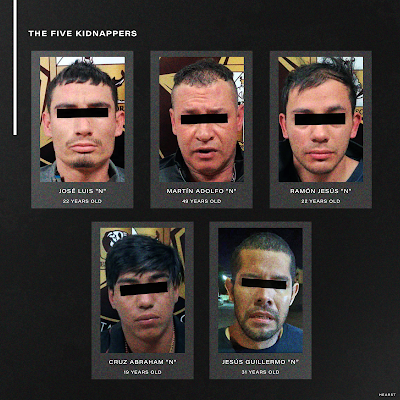 The five kidnappers are:

Jesús Guillermo is currently receiving medical treatment at a hospital due to the “dislocation of a prosthetic.” 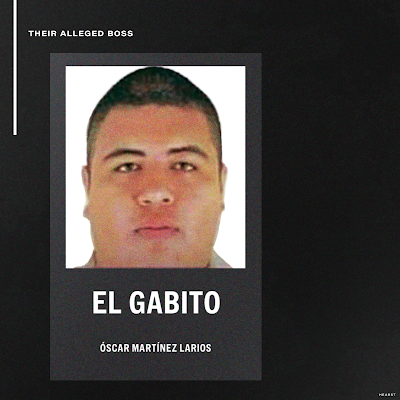 One of the most intriguing aspects of this story is the equipment these kidnappers appeared to be.  If CalvarieLocus is correct about the affiliation of these hitmen, then it’s likely the men are originally from the state of Sinaloa and are freshly-arrived in the area, with a kit of Gabito-funded equipment. 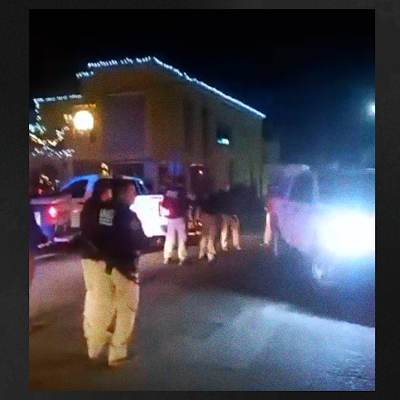 In the house’s garage, they found a white Chevrolet Tahoe SUV which the FGE press release said had “attachments to carry firearms” and “mechanisms to launch tire spikes and oil”. It was also specially customized with armor so it could sustain bullet impacts. 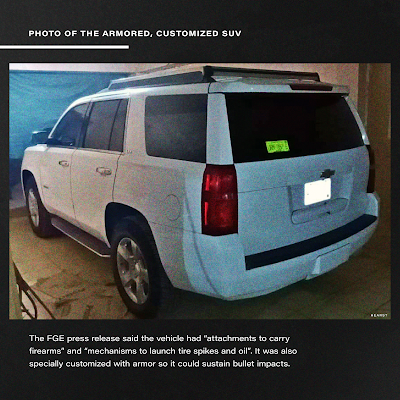 Investigators found the kidnappers were in possession of five firearms, one of which had a grenade launcher attachment, and corresponding ammo. They also found three cell phones, two radios and five tactical vests, which appear in photos to not have ballistic plates. 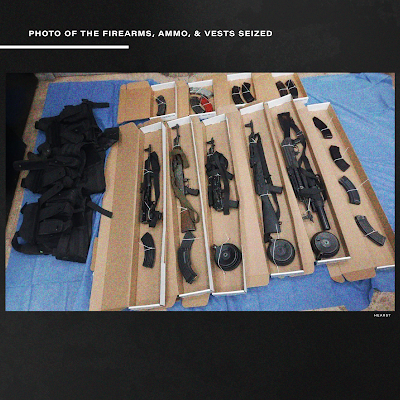