October 17, 2020 (Tony Cartalucci – ATN) – Thailand’s anti-government protests organized by billionaire-led opposition parties and funded by the US government have announced that they will be targeting all mass transit stations of the Bangkok Mass Transit System (BTS). 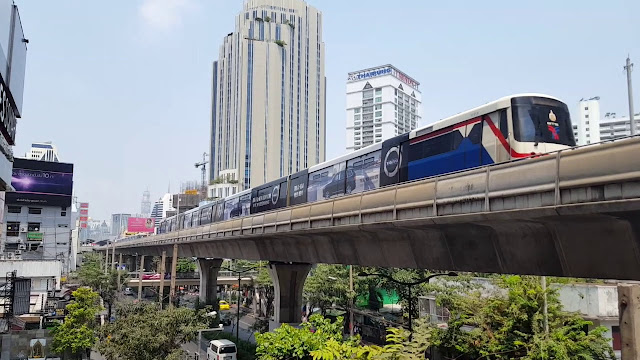 The move will likely force the closure of the system and leave tens of thousands of commuters stranded. The move is also a direct repeat of tactics used by likewise US-funded agitators who for months targeted and destroyed infrastructure in Hong Kong.

The Protest’s Shrinking Public Support and its Growing Desperation

Despite the Western media’s steady campaign of disinformation depicting ongoing anti-government protests in Thailand as “spreading” – their numbers and popularity have dwindled to the point of easily being dispersed by even moderate police operations.

Yesterday, a “major rally” failed to attract even 1,000 protesters and protest organizers as well as their foreign backers have begun discussing the possibility of creating small groups of agitators to carry out “flash mobs” across the city.

In Bangkok – the billionaire-led opposition and their US government backers appear determined to cripple both Bangkok and Thailand’s wider economic stability – at a time when the nation is already struggling to recover from the global COVID-19 economic crisis.

This attack on the mass transit systeThailand’s US-Funded Anti-Government Mobs Copy Hong Kong Model – Target Mass Transitm will again be depicted dishonestly by the Western media and Western-funded fronts posing as “human rights” groups as “peaceful.” However – an unpopular minority funded by foreign interests forcing the closure of businesses and public infrastructure is an act of force targets and attacks the human rights of the collective public.

Protesters have also already “switched” venues at the last moment the previous day creating a more widespread disruption to businesses and transportation routes meaning that as long as this unrest continues the nation’s stability is essentially being held hostage by the opposition until the movement is fully quelled. To do this – there will need to be continued arrests and restrictions that will eventually need to include opposition parties themselves as well as Western-funded fronts operating in Thailand on behalf of the agitators.

The opposition’s tactics will inevitably lead to violence and there lingers the possibility of the protest’s organizers also carrying out staged violence against their own ranks in a bid to attract a more direct Western intervention.

Protest leaders including Netiwit Chotiphatphaisal openly admit that Thailand’s protests are not simply about disrupting the nation’s internal political affairs but linking them with wider regional efforts by Washington to undermine China and its allies through protests and regime change.