January 29, 2021 (Brian Berletic – NEO) – Thailand has for months faced anti-government protests. While portrayed by the Western media as organic, self-organized, and “pro-democratic,” US government-funding and the protest leaders themselves openly aligning with US-funded opposition groups in Hong Kong and Taiwan have revealed the ongoing unrest as aimed at China. 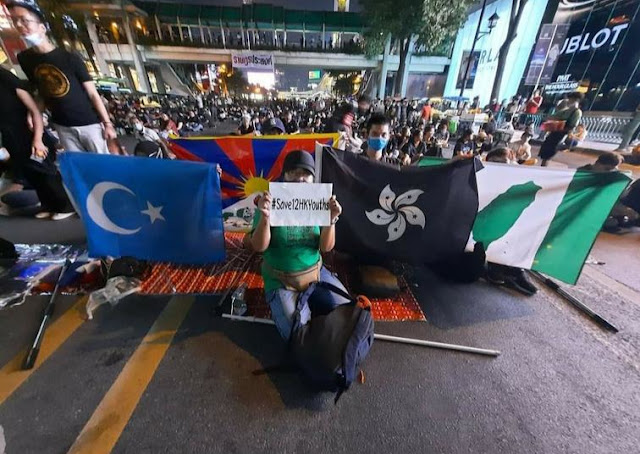 The US seeks to complicate Thai-Chinese relations and either replace the current government with one willing to pivot the nation toward Washington, or sufficiently destabilize the nation and deprive China of a constructive regional partner.

Thailand Today is not the Thailand of Cold War Past

Despite persistent Cold War rhetoric about Thailand’s “major non-NATO ally” status with the US – Thailand today has shifted (with much of the world) eastward with its major economic, political, and even military ties now residing squarely in Asia.

Today’s Thailand counts China as its largest trading partner with 12.29% of its exports going to China versus 10.75% to the US. The rest of Thailand’s major export partners all reside in Asia.

20.16% of Thailand’s imports come from China versus 5.82% from the US. Again – the vast majority of Thailand’s other major import partners reside in Asia.

Thailand’s tourism industry has expanded drastically owed to the huge influx of visitors from China pre-COVID-19. In fact, annually, more tourists arrive from China in Thailand than from all Western nations combined.

There are also major infrastructure projects China and Thailand are currently involved in including the rollout of Thailand’s 5G networks and a high-speed railway that will ultimately connect Thailand to China via Laos. The completion of this project will allow the movement of people and goods more directly to and from China not only into Laos and Thailand but into the rest of Southeast Asia and will fuel further growth for the region.

Then there are Thailand and China’s military relationship. Thailand has begun replacing its aging US military hardware with newer Chinese defense systems ranging from main battle tanks and armored personnel carriers to naval vessels including Thailand’s first modern diesel electric submarines. There are also joint-weapon programs including the DTI-1 guided missile system.

Considering these economic, financial, and military ties there is little mystery as to why Washington would seek to reverse them.

Lacking any means to offer more attractive economic, financial, or military ties – the US has opted to utilize the tools of “soft power” instead – in other words – the tools of political interference up to and including regime change.

The protests themselves are being organized by Thailand’s billionaire-led opposition including exiled ex-prime minister now fugitive Thaksin Shinawatra and Thanathorn Juangroongruangkit. Core organizations helping drive the protests are funded by the US government via the National Endowment for Democracy (NED) – an organization created by the US government, funded annually by the US Congress and overseen by both Congress and the US State Department.

These US-funded organizations provide the protests its key leaders, legal services, support in the media, and have even organized petitions for the rewriting of Thailand’s entire constitution. 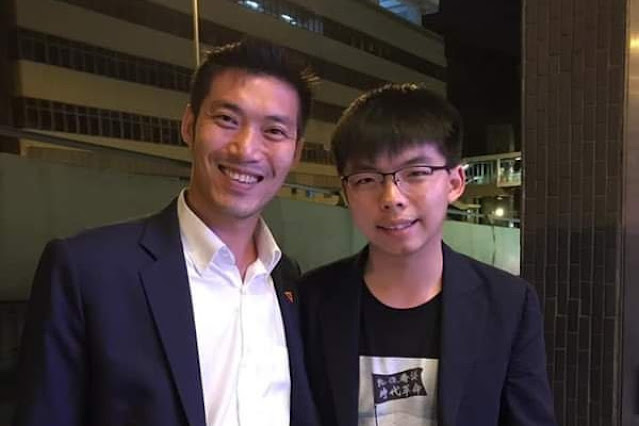 And while they began as anti-government – they have quickly revealed their ties to Washington’s wider anti-Chinese policies. Thanathorn himself along with core protest leaders have actually travelled to Hong Kong to meet with US-funded opposition leaders there.

Thanathorn – who at the time was a member of parliament – prompted an official protest from Beijing regarding his relationship with Hong Kong opposition leader Joshua Wong. An October 2019 article in the Bangkok Post titled, “Chinese embassy condemns Thai politician’s meeting with Hong Kong activist,” noted (emphasis added):

“A Thai politician has contacted the group calling for Hong Kong’s independence from China, showing a sign of support for the group. This action is extremely wrong and lacks responsibility. China hopes that the relevant individual can be made aware of facts regarding Hong Kong’s problem, be cautious and do what will benefit the relationship between China and Thailand,’’ the spokesman said.

The criticism came after pro-democracy activist Joshua Wong recently posted on social media a photograph of himself and Future Forward leader Thanathorn Jungroongruangkit.

China’s rare criticism for Thailand was prompted by Thanathorn’s open support for Joshua Wong – with Thanathorn leading protests within Thailand itself modelled after Hong Kong’s unrest. Thanathorn and his opposition political party ahead of Thailand’s 2019 general elections would also propose cancelling the Thai-Chinese high-speed railway in favor of non-existent “hyperloop” technology from America – according to Bloomberg.

Thai protests now regularly feature chants declaring Hong Kong as “a country” and include protesters flying flags of the so-called “Milk Tea Alliance” including those of the Taiwanese independence movement, Tibetan rebels, Uyghur separatists, and the Hong Kong rioters.

The irony is that among the many complaints made by Thai protesters is the current state of the Thai economy. Yet by attacking Thailand’s relationship with China – the nation’s largest and most important economic partner – protesters are attempting to cut economic ties that cannot be replaced and thus ensuring economic hardship brought on by the COVID-19 crisis extends long after other nations in the region recover.

The protesters’ other demand includes the resignation of the current government in the hopes of Thanathorn and his political opposition party coming to power. Thanathorn’s openly anti-Chinese policies would likewise be disastrous for the country – if for nothing else their economic implications.

It is clear that anti-government protests not only in Thailand but across the region are being stoked by US political interference. The US and its “Milk Tea Alliance” are determined to turn the region upside down just as the US did in 2011 during the so-called “Arab Spring.” It stands to reason that nations in the region should create their own form of cooperation to defend against this interference – both in terms of physical security and across the region’s information space.