It’s often that big stories that people need to be aware about are often dwarfed by the deflection of the Mockingbird media.  This week several big stories that should have been front page news has barely been reported on at all, if any.

Fabian Ommar, author of Street Survivalism: A Practical Training Guide To Life In The City and The Ultimate Survival Gear Handbook, has a few of these stories at The Organic Prepper.

When a spider on the queen’s coffin and a mermaid’s skin color makes more headlines than all the impactful stuff taking place everywhere, you know normalcy bias is in full effect.

Although I’ve never been a fan of legacy media and have always preferred ears-on-the-ground and alternative sources to remain informed, I’ve been consciously steering clear of MSM news for the past several years as a way to keep some sanity and avoid burning out.

However, following worldwide news and events outside our immediate reality pays off. Knowing where the winds are blowing and keeping tabs on trends can help us make necessary modifications and focus our efforts, which is why TOP is devoted to disseminating the most useful advice and news.

Russia and Venezuela are currently engaged in War Olympics.

Did you know that there are War Olympics? The Russian Ministry of Defense founded the tournament in 2015, and it included thirty nations from every continent. The 2022 edition, which took place in Venezuela’s Barquisimiento, in the northwesterly area of Lara, only 2,000 kilometers (1,245 miles) from US territory, featured 36 competitions between August 13 and August 27.

For those who believe in coincidences, it began precisely one day after Panamax 2022, which is “… an annual U.S. Southern Command-sponsored multinational exercise series focused on a multinational response to ensure the free flow of commerce via the Panama Canal” [SOURCE]. In Miami, San Antonio, and Suffolk, personnel from 20 countries—including the United States—took part in simulated training exercises. 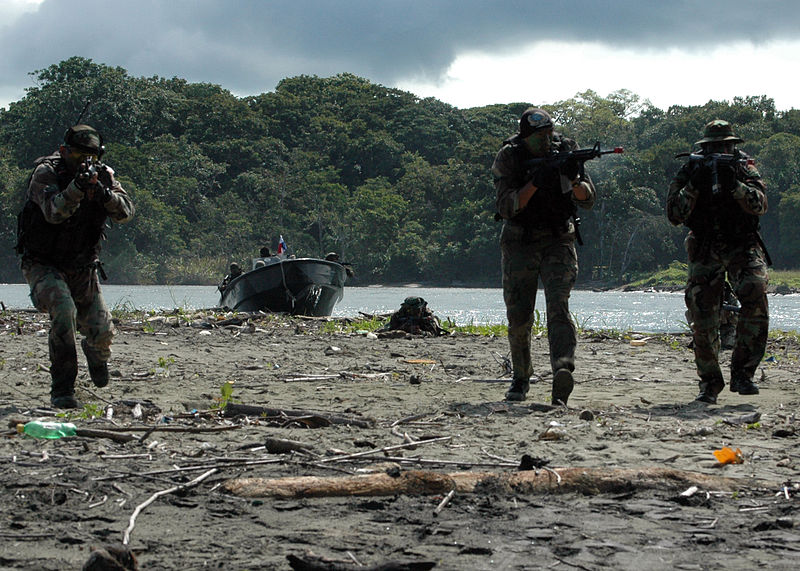 Analysts claim that the fact that Venezuela hosted the games demonstrates the nation’s support for Russia and other nations with interests different from those of the US and its allies. A contingent of Venezuelan military personnel traveled to Voronezh, Russia, during the games to compete in a tank biathlon.

Delegations from numerous countries, including Russia, China, Belarus, Uzbekistan, Iran, Vietnam, and India, were among those present. Brazil took part in two events as an observer and competed once in years past. Due to the conflict in Ukraine and the tumultuous geopolitical environment, the Brazilian government opted to abstain this year in order to demonstrate its political impartiality.

The Russians and Chinese are engaged in creation of the multipolar world order.

For the first time since the pandemic outbreak, Chinese President Xi Jinping has been traveling abroad to meet with President Putin and the leaders of India, Iran, and other Central Asian countries due to the geopolitical chess game. The meeting was held on September 14 and 15 in Samarkand, Uzbekistan. 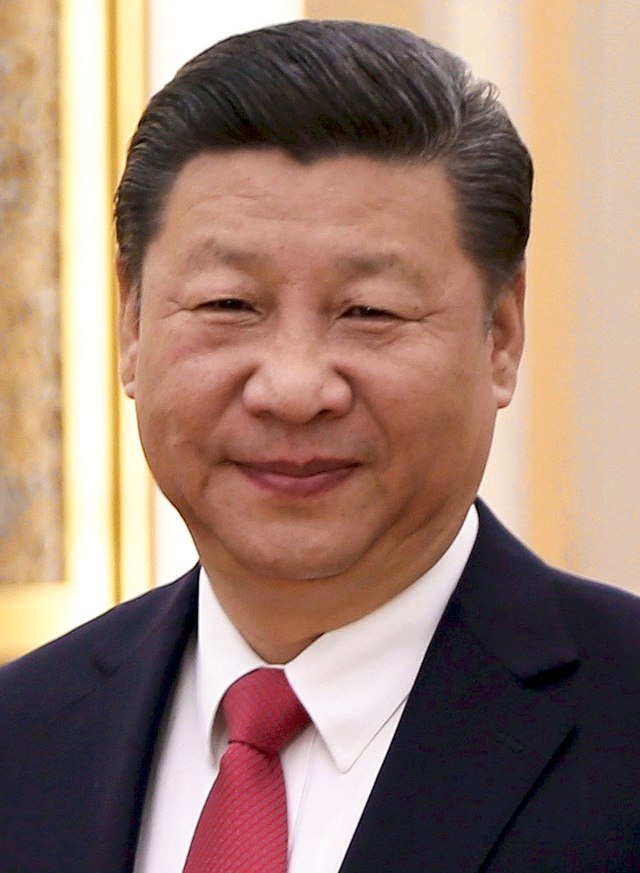 Beijing and Moscow established the SCO (Shanghai Cooperation Organization) in 2001 to discuss politics, trade, the economy, and security in the East and Central Asian regions. The group now accounts for 70% of Eurasia and 30% of the world’s GDP and serves as a check on US hegemony.

Iran has been an observer since 2005, but in 2017 it signed a memorandum committing it to full membership in the SCO and establishing formal ties to the Sino-Russian cooperation organization. The conference takes place at a time when Beijing’s relations with Washington, Europe, and Japan are strained by technological, territorial, and security concerns, and Putin is facing isolation as a result of the invasion of Ukraine.

Protests and strikes are coming.

Strikes were the topic of my first piece for TOP. Specifically, recalling the truckers’ strike that in 2018 nearly brought Brazil to its knees. The public and media are not paying the necessary attention and making light of the potential SHTFs this can cause. I don’t make predictions, but I can see this simmering as the world economy rapidly declines.

The establishment went into alarm mode in the middle of September due to the recent threats of a rail strike in the US. There were warning signs that it would be a nothing burger, and in fact, it came and went. However, that shouldn’t be interpreted as a sign that things are fine: the issues and challenges are still there and won’t go away. If anything, they tend to worsen. At some point, the threats will start to materialize, and things will get ugly.

I keep returning to the issue of protests, strikes, and social unrest because it’s real and serious. The current environment, which includes economic turmoil, low financial liquidity, rising inflation, and energy shortages, is comparable to what we saw in the 1970s and 1980s – an era rife with manifestations and riots of all kinds and sizes.

Hundreds of significant protests have erupted worldwide in the last few years, and these are increasing. The wealth gap is growing as well, and people are nearing their breaking point. When the economy tips over and mass layoffs begin, entire populations will take to the streets, and categories will cross arms, potentially paralyzing services and utilities. Stay prepared.

(What will you do when the truckers strike? Check out our free QUICKSTART Guide to building a 3-layer food storage system.)

We are quickly losing our rights.

The Brazilian Supreme Court is working extra hard to restrict liberties under the pretext of “protecting the population” as the forthcoming presidential elections in Brazil appear to be at least as contentious and divisive as the ones held in the US in 2020.

The scant gun rights guaranteed by presidential order in 2019 were once again caught between the conservative president and the liberal court, which emphasized the rising aggressiveness between political opponents. Even the Constitution and internal regiments are being ignored in order to suppress the commerce of firearms and the practice of sportive shooting.

In Brazil, the right to purchase and bear arms is provided by executive order rather than by law, which encourages never-ending legal disputes between pro and anti-gun groups, politicians, and segments of society. That also breeds doubt and hinders the development of the sector. Numerous multinational firms have already stated their desire to invest in Brazil, a potentially huge market. But plans are on hold till the problem is resolved.

Fewer investments are made, fewer people are employed, fewer clubs and tournaments exist, and less business is done. While this is going on, criminals operating outside the law continue to stockpile weapons to battle one another/police forces, and carry out various acts of violence against the populace, which remains defenseless and vulnerable to violent crime.

A new phenomenon is emerging as well.

When economic and financial experts—macro analysts, market strategists, investors, traders, and the like—start to sound more and more like prepping survivalists, you know things are getting bad, and something dreadful is coming.

And I’m not even talking about people like Lynette Zang, who lives off the grid on a ranch in Arizona and promotes freedom, gold, goats, and gardens while speaking about stock trading, the energy crisis, and the arrival of CBDCs. Or younger guys like Mark Moss and Neil McCoy-Ward, who just relocated to a ranch and an island, respectively, after leaving the big metropolis.

In a previous article, I discussed this topic and noted that I believe investors and preppers have a lot in common. For example, both are driven by the desire to accumulate resources during prosperous times in order to use them during difficult times or crises. They are also both acutely aware of cycles.

Even the more conservative and traditional ones who haven’t yet taken action to prepare and move into a more independent lifestyle are openly discussing plans to do ASAP in their interviews and podcasts as this phenomenon continues to spread. I’m paying close attention because these experts are predicting a severe crash and attempting to flee the probable wave of social instability it would bring about.

A Brazilian fisherman just lived for ELEVEN DAYS ADRIFT in a cooler.

Wrapping up the last couple of month’s crazy news on a lighter note: Brazilian fisherman Romualdo Macedo Rodrigues drifted as far as 215 nautical miles (250 miles) off the shore in the northern state of Amapá, near French Guiana, for eleven days after his boat capsized.

He investigated and saw that the big freezer could float and that he could fit in it as his cracked ship began to take on water. He then joined the apparatus and waited because he can’t swim (I know, I know). After eleven days, he was rescued by another Surinamese fishing crew more than 1,000 kilometers (620 miles) north of his port at Oiapoque.

Romualdo was transferred to the capital of Suriname, Paramaribo, for treatment after they successfully rescued him. He was arrested by the police for being an undocumented immigrant and was taken to jail, where he was held for 16 days before the Brazilian authorities were alerted and released him on bond.

Commercial fishing is one of the riskiest vocations in the US, according to the CDC. Fishermen are more likely to die at work than people in other professions, according to the UK’s Seafarers’ Rights International (SRI). Survival tales like this one are common, and this one is noteworthy because it demonstrates that going longer than a week without food or water is feasible.

Naturally, that depends on the situation and other factors. But the reality is still there, and we can learn from this incident. “Learn to swim” is the first suggestion – though I’d say that knowing how to swim is one of those essential life skills, especially if you live near the ocean or on a boat. For some reason, individuals disregard common sense in the belief that they are invulnerable.

In any case, pride and stupidity are surefire ways to end badly. Having said that, the fisherman’s ingenuity and fast thinking deserve praise for saving his life. In the majority of survival situations, the ability to improvise and adapt is essential.

These are some of the impactful issues the world is facing.

Nobody seems to be talking about them, but these stories do matter. Where’s the coverage? Are there other “silenced” impactful stories out there right now you know about?