Vladimir Kornilov: Time to drop our illusions, the West is waging a war to destroy Russia

Moscow’s enemies want to land a fatal blow on the country, some even want to dismember it 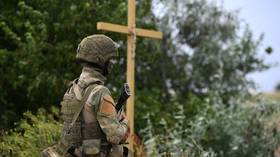 Russian serviceman is seen in the southern sector in the course of Russia’s military operation in Ukraine, at the unknown location. ©  Sputnik / Alexey Maishev

And here comes Bucha 2.0: Another provocation where Ukraine has allegedly discovered “mass graves of victims” shortly after Russian troops have withdrawn.

This time in Izium. What it amounts to is clear evidence that along with the development of the military conflict in Ukraine, the informational “special” operation against Russia is intensifying.

It’s not even about Kiev’s reaction – officials there concoct primitive fakes against our state and the army non-stop, around the clock.

The indicator here is the way in which this provocation was immediately picked up by Western politicians, who are already urgently calling for an “international tribunal” to punish Russia. Meanwhile, the West’s media, in a united push, is putting unfounded statements about “mass executions and torture in Izium” on its front pages.

This fakery is crass and easily refuted. But it is clear from this unanimous reaction of the West that no one there cares at all how and when the people buried in the cemetery died. The culprit has been appointed in advance – and it has to be Russia. Because only this verdict fits into the overall strategy of the current campaign in Ukraine. 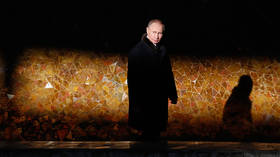 Dmitry Trenin: Six months into the conflict, what exactly does Russia hope to achieve in Ukraine?

Which, as we can see, has nothing to do with Ukraine. The West is completely indifferent to whatever happened to the Ukrainians, whoever killed them (even if it was Kiev’s own army or foreign mercenaries) and no matter how many of them died. Because it is not fighting a war on this territory for the Ukrainians,and especially not for Ukraine.

We must speak frankly and openly: the West is waging a fierce war against the Russian state, using local forces as proxies. And this is covered by the fig leaf of “defending democracy.” However, what they really want is for Russia to be destroyed. Forever! Irrevocably!

Janusz Bugajski, a leading expert, recently published his book “Failed State: A Guide to Russia’s Rupture.” It is worth highlighting that the work is not a reaction to the Ukrainian conflict, instead it is a logical continuation of all that this ‘Kremlinologist’ has been publicly talking and writing about for years.

Back in early 2019, three years before the current crisis started, he published a feature article in the influential Washington newspaper The Hill, entitled ‘Managing Russia’s Dissolution.’

This was not just a forecast or theoretical speculation by some dreamer, it was a direct call to action by an outspoken Russophobe. Suffice it to recall that Bugajski then openly urged the White House to promote regional and ethnic self-determination within the Russian Federation. At the same time, he was speculating which regions of the state destroyed by the West should receive independence and which should be given to Ukraine, Finland, Japan and even China. 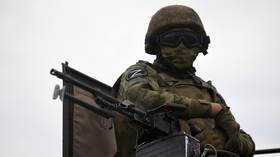 Sergey Poletaev: Ukraine has upped the ante in its conflict with Russia, how will Moscow respond?

It cannot be said that Bugajski’s article was the only theoretical work on the disintegration of our state. But other reports (at least in the public domain) still sought to veil direct calls for the forced break-up of Russia with arguments about the need to weaken our state. This was the case, for example, with a sensational study by the US intelligence corporation RAND commissioned by the US Department of Defense in 2019.

Now the masks are being thrown off and the cadre of Russophobes can openly articulate their long-held dreams. The Daily Telegraph recently featured the former NATO commander in Europe, General Ben Hodges, in a high-profile article about preparing for Russia’s disintegration. Hodges, who is employed by CEPA – a lobby group bankrolled by US arms contractors and NATO – is arguably one of the most active ‘talking heads’ about the Ukrainian crisis on Western television right now.

The general hopes the collapse of our state will be fueled by our ethnic diversity and he hopes that Western economic sanctions will create a situation in which it will be impossible to feed 144 million people. The American has clearly not thought how these arguments could also be applied to his home country, which has been torn apart by racial divisions in recent years.

Below Hodges, the idea has been cheerfully picked up by less well-known figures operating on the ideological field of Russophobia. The Polish magazine New Eastern Europe published an article about deconstructing Russia and reconstructing the “post-Russian space,” calling it a risky but inevitable scenario. The authors called on the West to lead the process of our state’s disintegration right away.

This is echoed by the Canadian-British professor Taras Kuzio on the pages of the Atlantic Council, a NATO-aligned pressure group and the main mouthpiece of Western Russophobes.  He, too, cheerfully declares that the process of “the collapse of Putin’s Russian empire” has begun.

Hodges’ theses are repeated almost word for word by Estonia’s top Kremlinologist Vladimir Yushkin on the pages of the website of the International Centre for Defence and Security. However, he adds nonsense about the allegedly developing “colonization of Siberia by the Chinese” –which tells us he doesn’t know how to use statistics. 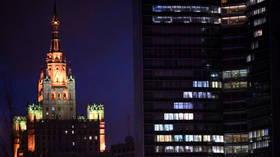 Maxim Artemyev: The West took advantage of Russian weakness in the 1990s and is unable to understand the trauma it unleashed

All these “prophecies” have been brought into the political realm by Estonian President Alar Karis. Opening the NATO Military Committee conference in Tallinn last Friday, he openly admonished the Chiefs of Staff of the US-led bloc to give up their “fear of destabilizing the situation in Russia.”

This is not some retired general, nor a private person with a professorial rank – it’s the official head of a NATO member country. And he is not shying away from calling on the high command of the alliance to pursue a deliberate policy of creating a situation of instability in Russia.

So, what more proof does anyone need of what the collective West is hoping to achieve?

The ideological touchstone of European liberals, The Economist magazine, has devoted its latest issue to how the West should ensure Ukraine’s victory over Russia. Apart from the traditional advice on further arming the Kiev regime, the magazine explicitly demands that the West must try to drive a wedge between the Russian government and the Russian people. To do this, leaders are urged to bet on Russian liberals who have moved abroad, who in these circumstances can be safely called traitors back home.

They are now in a situation where Russia’s enemies are now openly talking about using them to carry out an unrealistic plan to dismember our common motherland!

Thus, we can safely say that the collective West has already moved from talk to action and is openly challenging the very existence of the Russian Federation. 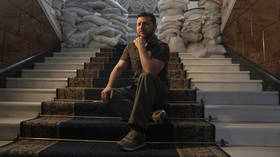 Alexander Nepogodin: As the media speculates about plots to oust Zelensky, how secure is Ukraine’s Western-backed leader?

It’s ideologues and a number of top politicians make no secret of the fact that by exploiting the conflict in Ukraine, they are deliberately helping to create an existential threat to our state. The sooner we ourselves officially acknowledge this, the more effectively we will be able to move to a different stage in both relations with our neighbors and the military operation in Ukraine itself.

We still adhere to certain gentlemen’s rules of the game, which were adopted after the end of the Cold War. But now the stakes have been raised too high.

To be clear, I am not calling for us to copy the criminal actions of Ukraine. We, unlike them, do not deliberately kill children, torture prisoners of war, or exterminate civilians.

But in the face of increasing threats to Russian citizens, we are left with no choice but to act much more forcefully against military infrastructure, even if it’s also used by civilians, in the direction of decision-making centres, and towards those individuals directly responsible for terror and murders wherever they are located, as well as tackling states that pursue hostile policies.

After all, we should not forget that when an existential threat to Russia arises, we need to present a tough response.

Those who threaten our homeland should be constantly reminded of this.