Trump: “OK” With A War Against Iran Now

Last month President Trump briefly described what in his vision war with Iran would look like if launched: it ”wouldn’t last very long” and “we’re not talking boots on the ground,” he said in an interview. ”I hope we don’t but we’re in a very strong position if something should happen,” he added as cited in Reuters. As we previously suggested, if things escalate to direct US military assault on Iran, it would likely (at least initially) take place in the manner of a “one and done” major fireworks display — the idea being to hit hard, then declare a hasty ”victory” and get out fast… at least in Trump’s ideal version of how things would play out, similar to the prior two strikes on Syria. 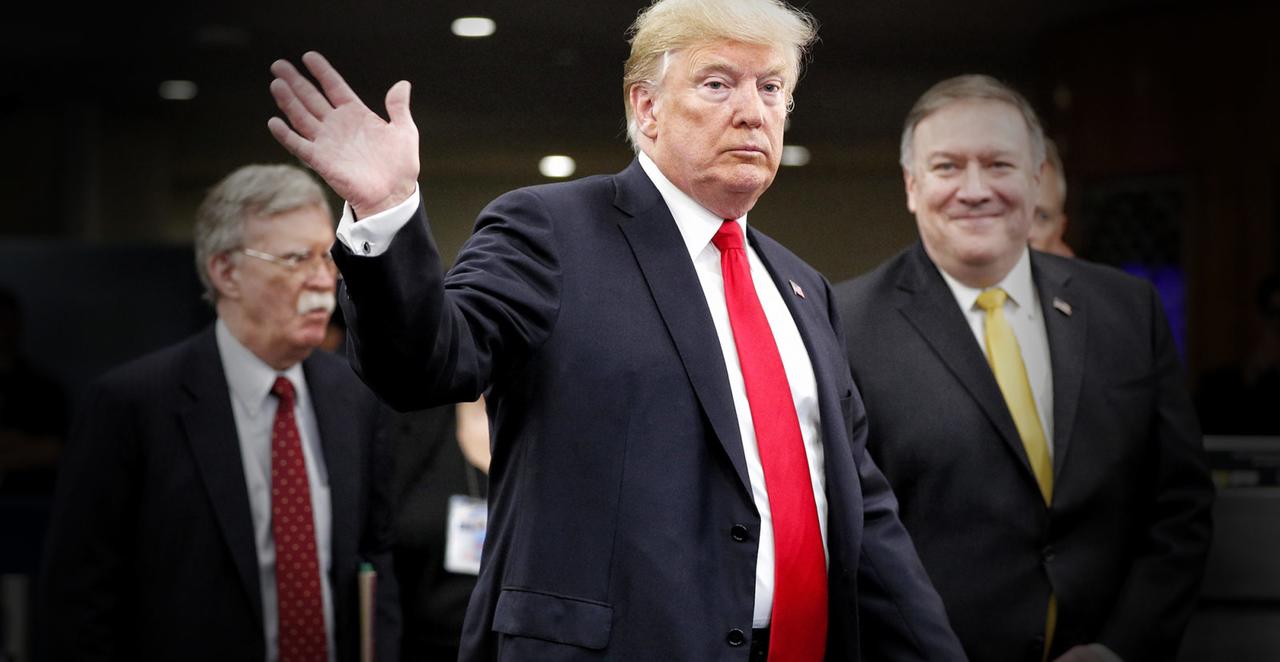 “…it could go either way, and I’m OK either way it goes.” Image source: EPA-EFE

Trump Calls U.S. ‘Locked and Loaded’ If Iran Is Behind Saudi Attack

While President Trump’s position on Iran tends to change with little notice, he backed away from his insistence that he doesn’t want war with Iran on Monday, saying now of the war “it could go either way, and I’m OK either way it goes.”

Trump added that it’s “getting harder for me to want to make a deal with Iran” in the first place, because he views them as “behaving very badly,” and are “the number one state of terror in the world.”

Trump followed this up by announcing new sanctions against China, saying they were intended to punish them for “accepting crude oil.” This is likely to be a bigger problem for US-China ties than Iran, as Iran is already heavily sanctioned.

If Trump’s new bellicose stance sticks, this could be a major shift in US hostility toward Iran. President Trump has been one of the few top officials insisting he didn’t want a war as administration hawks continued to talk of a conflict as all but inevitable. If Trump is indeed “OK either way” on the war, it’s not going to be any secret that his top aides will be pushing him to choose war over peace.