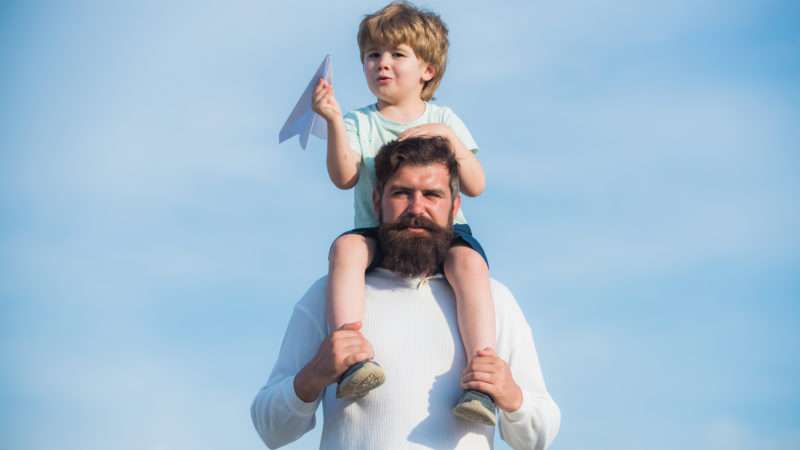 Sundays are kind of sad. But the day before is a sadder day. Get it?

Yes, it’s time to talk about dad jokes. Specifically, when and why did dumb puns become synonymous with fatherhood? When I was a kid, knock-knock jokes were clearly kid jokes, but so were the silly one-liners:

Why did the moron tiptoe past the medicine cabinet? He didn’t want to wake the sleeping pills.

Why are elevator jokes so good? They work on many levels.

Want to hear a joke about construction? I’m working on it.

They say the drunk never writes the drinking song, so I’m sure those kiddie jokes were not written by kids. But they seemed very clearly in the rug-rat wheelhouse.

Now we’re supposed to hear a joke like “I was addicted to soap but now I’m clean” and think first and foremost of fathers?

“As a dad myself, the term ‘dad joke’ dawned on me during Halloween,” recalls Eugene Romberg, a real estate investor at webuyhousesinbayarea. (I think you can guess where in California he lives.) “I told my wife, ‘There’s only one thing I’m afraid of during Halloween.’ She replied, ‘Which is?’ And I said, ‘Exactly.’ It was a joke I saw on Reddit.” Said wife glared at Mr. Romberg for a bit and then muttered that he had just made his first “dad joke.” He had to go and look it up.

Wikipedia says that dad jokes are a short joke or pun, sometimes deliberately unfunny or overly simplistic. But didn’t dad used to be a font of fatherly wisdom? How did he morph into the designated doofus?

“The dad joke is old-fashioned,” says Tom O’Keefe, co-host of the podcast Reel Spoilers. Middle-aged men like him grew up with one-liners: Set-up, punchline. But today’s comedians are more storytellers, or observational types. As one-liners aged, so did the folks telling them, until finally they became fathers themselves. Their joke style, like their hairstyle, aged along with them.

“There’s this sort of idea of the dad as put out to pasture,” says Julian Velard. And he should know. The singer/songwriter appears as “Sad Dad” on Howard Stern and NPR.

“Moms are viewed as active in our culture, whereas the dad is just sort of on the sidelines,” Velard says. The humor they dispense “is not considered witty. The whole idea of a dad joke is that you’re giving up on trying to be sexy or smart or anything.”

Except for lovable. A big except!

Dad jokes make kids smile. Mom laughs despite herself. And now you will too:

Two goldfish are in a tank. One says to the other, “Do you know how to drive this thing?”


Source: https://reason.com/2020/06/21/why-are-bad-jokes-dad-jokes-fathers-day/
Before It’s News® is a community of individuals who report on what’s going on around them, from all around the world.