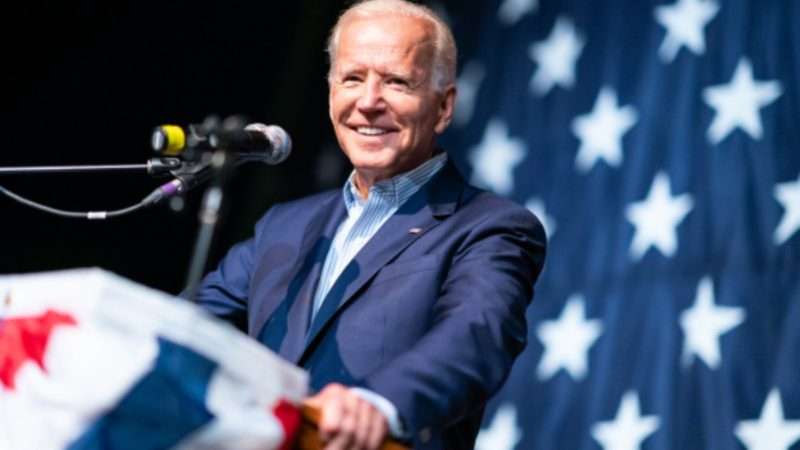 When it overturned California’s 10-round magazine limit last Friday, the U.S. Court of Appeals for the 9th Circuit emphasized what Americans commonly do when they exercise their constitutional right to armed self-defense. Joe Biden, by contrast, thinks the relevant question is how many shells Americans are allowed to have in their shotguns when they hunt migratory birds.

Those two approaches represent the difference between judges who take the Second Amendment seriously and politicians who only pay lip service to it. Biden’s presidential campaign, which promises a raft of new gun restrictions while barely nodding toward the Constitution, shows the extent to which the right to keep and bear arms has become a partisan issue, a development that does not bode well for civil liberties.

The Biden campaign’s website mentions the Second Amendment just once, saying, “It’s within our grasp to end our gun violence epidemic and respect the Second Amendment, which is limited.” Even that grudging acknowledgment is more than the Democratic Party’s platform offers.

After promising to respect the Second Amendment in 2004, 2008, and 2012, the Democrats erased the constitutional provision from their 2016 platform, although they did mention “the rights of responsible gun owners.” This year’s platform omits that phrase as well.

“I respect the Second Amendment,” Biden insisted last March while arguing with a Detroit autoworker about gun control. But the evidence he offered was not exactly reassuring.

“I have a shotgun,” Biden said. “My sons hunt.” He notably omitted any mention of the right to self-defense, which the Supreme Court has recognized as the Second Amendment’s “central component,” or of handguns, which the justices described as the “quintessential self-defense weapon.”

In explaining his plan to ban “high-capacity magazines,” Biden also talks about hunting. “Federal law prevents hunters from hunting migratory game birds with more than three shells in their shotgun,” his campaign says. “That means our federal law does more to protect ducks than children.”

The three-round limit suggested by that non sequitur would be clearly unconstitutional, effectively banning all semi-automatic firearms and revolvers. But judging from an expired federal law that Biden supported, he would be more generous, allowing magazines with capacities of up to 10 rounds—the same as the limit set by California, which made it a crime to manufacture, transfer, or even possess “large-capacity magazines” (LCMs).

As the 9th Circuit noted, that law covered half of the magazines owned by Americans—115 million out of 230 million, according to one estimate. LCMs come standard with some of the most popular firearms sold in the United States, including “Glocks, Berettas, and other handguns that are staples of self-defense.”

Given that context, LCMs clearly are not the sort of “unusual” arms that the Supreme Court has said fall outside the scope of the Second Amendment. To the contrary, they are “in common use” for lawful purposes, the test the Court has set for arms that Americans have a constitutional right to own.

California argued that no one really needs LCMs for self-defense. Millions of Americans clearly disagree, and so do police officers, who were exempted from the state ban.

U.S. District Judge Roger Benitez, whose 2019 decision blocking enforcement of California’s law was upheld by the 9th Circuit last week, noted that the rationale for the ban hinged on a small subset of “extremely rare” crimes: cases where the need to switch magazines creates a “critical pause” during which a mass shooter’s victims might overpower him or escape. For gun owners confronted in their homes or businesses by violent criminals—a situation much more common than mass shootings—that “critical pause” can become a “lethal pause,” Benitez observed.

In any case, the 9th Circuit concluded, the law’s speculative benefits cannot possibly justify its sweeping breadth. “California’s near-categorical ban of LCMs strikes at the core of the Second Amendment,” it said.

Biden does not merely disagree with that analysis. The evidence suggests he does not even understand it.