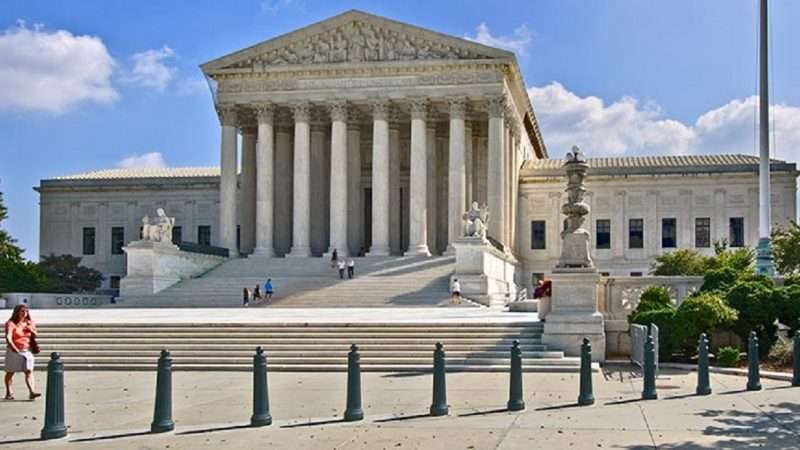 Within hours of Supreme Court Justice Ruth Bader Ginsburg’s passing yesterday, Senate Majority Leader Mitch McConnell indicated that the GOP-controlled Senate will vote on a replacement nominated by Trump before the end of this year. Critics will point out that this commitment is at odds with his position in 2016, when Barack Obama nominated Merrick Garland to the seat left vacant by the death of Justice Antonin Scalia,  and McConnell refused to hold hearings because, in an election year, the decision on who should appoint a new justice should be made at the ballot box.

McConnell argues that the difference between the two situations is that in 2016 the Senate was controlled by a different party from that of the president, whereas today both Senate and White House are controlled by the Republicans. I doubt that this politically convenient distinction will convince anyone but partisan Republicans.

Regardless, there are obvious incentives for the GOP to try to ram through a nominee before the clock might run out on the current president and Senate majority. If they succeed, they could transform the previous narrow 5-4 conservative majority on the Court into a much more secure 6-3 margin, that could last for years to come.

But any such victory could easily prove to be Pyrrhic. It is very possible that the Democrats take the White House and Senate in this year’s election while retaining control of the House. Biden is the clear favorite to win the White House, and the respected 538 model gives the Dems a 58% or more chance of taking the Senate,  as well. In almost any scenario where the Democrats control the Senate, they will also have the presidency and the House.

Should that happen in the aftermath of a last-minute GOP replacement for Ginsburg, the Democrats are highly likely to “pack” the Court by increasing the number of justices to counterbalance all recent GOP gains. In that event, the Democrats are unlikely to limit themselves to adding just one new justice (to offset the Ginsburg replacement). They would probably add at least three or four, in order to give them the majority they believe they were unfairly denied due to the “theft” of the Garland/Scalia seat, and the controversial confirmation of Brett Kavanaugh. If the Democrats are willing to pack the Court at all, they might as well go “whole hog.” The political risk of adding three or four justices is unlikely to be much greater than that of adding one or two.

Up until now, left-wing pressure for court-packing has been blocked by such factors as opposition from Democratic nominee Joe Biden and Democratic moderates (crucial swing voters in any potential Democratic Senate majority),  and the Supreme Court’s growing popularity. But that opposition is likely to crumble if the GOP forces through a last-minute nominee in contravention of the principles they themselves advocated in 2016. Even for moderate Democrats, that would likely be the proverbial last straw after what they regard as a long series of GOP misdeeds in nomination battles. Indeed, Democratic support for court-packing is gathering momentum even as I write these words.

Passing a court-packing bill would require breaking a filibuster.  But in these circumstances, the Democrats would surely be willing to abolish the filibuster for any bills involving the size of the Court (just as the GOP previously abolished it for Supreme Court nominations in 2017).

And if the Democrats pack the court in 2021 (or whenever they next get a chance to do so), the GOP will surely retaliate with more of the same, the next time they get a chance. As Biden put it, “We add three justices. Next time around, we lose control, they add three justices. We begin to lose any credibility the court has at all.” The end result will be the undermining of judicial review as an effective check on government power—an outcome that both left and right will have reason to lament over time. Even if Trump is reelected or the GOP retains control of the Senate in 2021, the threat of court-packing will hang over the Court until such time as the Democrats do have the chance to act on it (which is highly likely to happen at some point in the next few years).

Is there any way to prevent this dynamic? I see at least one possible way to do it. The two parties can make a deal along the following lines:

2. In exchange, the Democrats promise not to support any expansion of the size of the   Supreme Court for at least the next ten years.

The exact details can no doubt be refined further. I am not wedded to these specific dates, for example. Ideally, court-packing would be permanently forestalled by a constitutional amendment fixing the size of the Court. But I doubt there will be the votes to do that.

But the basic idea is that Democrats get to force the GOP to stick to the same principles they advocated in 2016, and also get a chance to name Ginsburg’s replacement should Biden win. For their part, the Republicans get to have a 6-3 majority if Trump wins, and maintenance of their current 5-4 SCOTUS majority (at least for some time) if he loses. Otherwise, they are likely to lose the majority whenever the Democrats get a chance to enact a court-packing bill. And both sides get to preserve the valuable institution of judicial review.

I am not naive enough to believe that this deal will be easy to push through. It certainly isn’t going to happen merely because I support it! Among other things, there is a high likelihood that Trump and McConnell would oppose it, as would many Republican senators. But if an idea like this gets the support of the 47 Democrats, it would only require four GOP senators to go along with it, in order to prevent Trump and McConnell from forcing through a nominee before January. There are already at least a couple GOP senators with serious qualms about confirming a nominee this year. The prospect of a deal forestalling court-packing could increase the number to the point where there is a majority against confirming any nominee before January.

Like most plans put forward by academics, this one is far more likely to be ignored than enacted. But it can’t hurt to at least try.

I have opposed court-packing for years, both when a prominent conservative advocated it in 2017, and when some on the left did so more recently. A deal like the one described above strikes me as the best chance to avert it in the sad situation that has arisen in the aftermath of Justice Ginsburg’s death. Any real chance of success will require the support of people far more influential than me. But a journey of a thousand miles begins with a single step. Perhaps that step could even be a blog post.