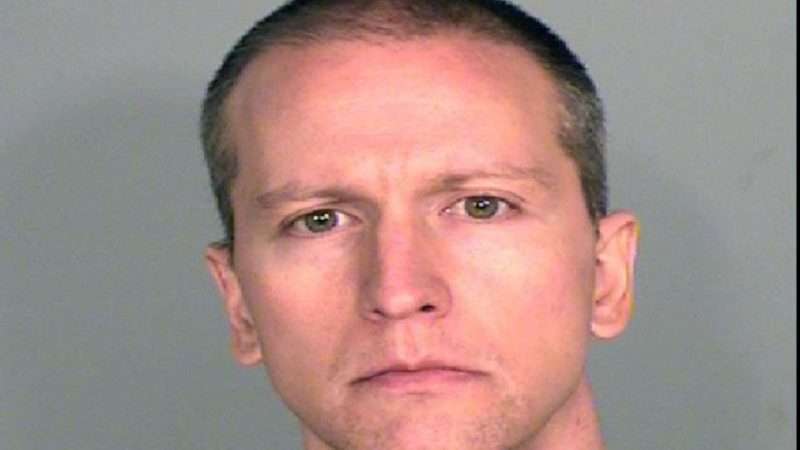 Derek Chauvin, the former Minneapolis police officer who kneeled on George Floyd’s neck for more than eight minutes, plans to argue that the responsibility for Floyd’s death lies largely with two former colleagues. Those inexperienced cops, he says, failed to de-escalate a confrontation that began when they tried to arrest Floyd for attempting to use a counterfeit $20 bill, a misdemeanor. While there is plenty of blame to go around, Chauvin’s defense strategy seems more than a little iffy in light of his behavior that day and his history of using restraints like the one that killed Floyd.

All three officers theoretically face up to 25 years in prison for unintentional second-degree murder, although the presumptive penalty under Minnesota’s sentencing guidelines is about 12 years. Yet their culpability in Floyd’s death covers a wide range.

“As is evident from pretrial pleadings, the other three defendants are prepared to place the blame for Mr. Floyd’s death squarely on Mr. Chauvin’s shoulders,” Chauvin’s lawyer, Eric Nelson, writes in a motion for separate trials. Nelson suggests that version of events is inaccurate given the full context of the incident.

Nelson is right that Lane and Kueng handled the arrest poorly. As Reason‘s Scott Shackford has noted, Lane set the tone for the encounter by pointing a gun at Floyd’s head immediately after approaching him as he sat in a parked car. A terrified Floyd begged Lane not to shoot him but eventually calmed down and was compliant as he was handcuffed. As Lane and Kueng tried to put Floyd in the back seat of their squad car, however, he seemed to have a panic attack, saying he was claustrophobic, complaining that he could not breathe, and asking if he could ride in the front seat. The two officers repeatedly tried to force a resistant Floyd into the car.

The autopsy report on Floyd from the Hennepin County Medical Examiner’s Office, which described his death as a homicide, noted fentanyl and methamphetamine in his blood. The level of fentanyl, 11 nanograms per milliliter, was near the low end of the concentrations seen in deaths attributed to the drug. According to a 2012 review in the Journal of Forensic Research, “individuals injecting fentanyl have reported with postmortem blood concentrations of 4.9 to 27 ng/mL” and “as high as 240 ng/mL in heart blood.”

While those criticisms are valid, the autopsy report says Floyd’s death was caused by “cardiopulmonary arrest complicating law enforcement subdual, restraint, and neck compression.” An independent autopsy commissioned by Floyd’s family concluded that he died from “mechanical asphyxiation.” Both reports agree that the manner of death was homicide.

The “subdual” and “restraint” was assisted by Lane, who held Floyd’s legs, and Keung, who applied pressure to his back. The “neck compression” was inflicted by Chauvin, who according to prosecutors had used similar techniques during arrests on at least seven other occasions. In four of those cases, prosecutors say, Chauvin used neck or upper-body restraints “beyond the point when such force was needed under the circumstances.”

Current Minneapolis Police Department policy, consistent with an agreement reached in June, prohibits the use of chokeholds and other neck restraints. Prior policy allowed the use of such techniques “for life saving purposes” or on subjects “exhibiting active aggression” or “active resistance,” although the specific maneuver that Chauvin used on Floyd was not sanctioned or taught at the police academy.

Chauvin didn’t just use an unapproved technique. According to prosecutors, he kept using it despite Floyd’s pleading and complaints that he could not breathe, despite the vocal objections of concerned bystanders, and despite Lane’s repeated suggestion that Floyd should be rolled off his stomach and onto his side. Chauvin kept his knee on Floyd’s neck past the point where Floyd became nonresponsive, after he stopped breathing, and for about two minutes after a pulse could no longer be detected. Any mistakes made by the other officers—especially Thao, whose main sin was failing to intervene and deferring to Chauvin, the senior officer on the scene—pale by comparison.