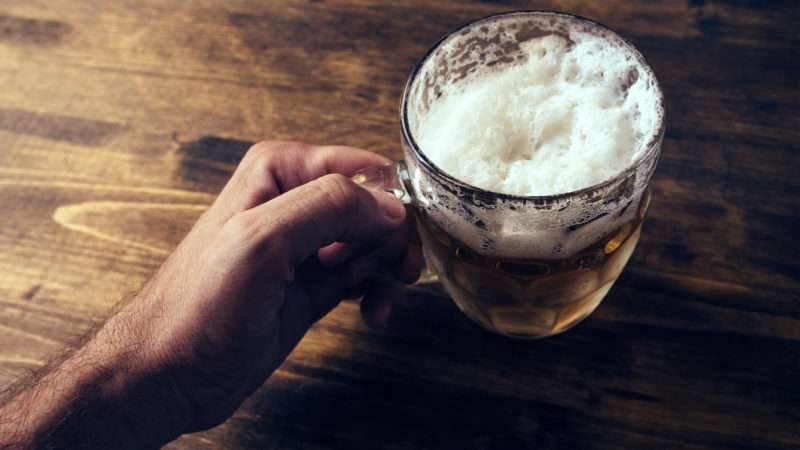 Critics are lining up to blast a report, issued by a federal committee earlier this summer, that urges the government to make steep cuts to the definition of moderate alcohol consumption. These critics are concerned because the group—the Dietary Guidelines Advisory Committee (DGAC), a rotating crop of experts that meets every five years—is the government’s primary vehicle for recommending updates to the nation’s dietary policies.

The DGAC, which was established in 1990, “provide[s] the basis for federal food and nutrition policy and education initiatives.” Those policies include everything from recommending how many servings of vegetables people should consume in a day to determining what foods to serve to troops, schoolchildren, and prisoners. Now that the DGAC has issued its final report, key federal agencies will review and consider its recommendations, along with public comments, before adopting formal guidelines. Alcohol is one area where the DGAC recommendations are stirring the most controversy.

The proposed change to the alcohol-consumption recommendation is angering everyone from bourbon aficionados to the beer lobbies and wine connoisseurs, who—and this is probably an understatement—are “not happy with the report.” But top medical doctors and public health experts, along with lawmakers, are also raising objections.

Last month, five Harvard Medical School faculty doctors—including three who served on one or more prior iterations of the DGAC—submitted comments that are highly critical of the 2020 DGAC report. They argue the push to slash the maximum daily alcohol consumption for men is a “limited, arbitrary, and unsystematic treatment of alcohol consumption” that is based on “limited, arbitrary, and unsystematic evidence.”

While rightly noting the dangers of binge drinking and consistent heavy alcohol consumption in their comments, the Harvard doctors note the DGAC appears to have “ignored” three decades of research, drinking patterns, and “relevant recent evidence.” They also argue the recommendations demonstrate “scientific inconsistency” and an “arbitrary” and biased selection of research. “These arbitrary selections all appear intended to support claims made by members of the DGAC prior to appointment, rather than as systematic and transparent reviews of existing scientific evidence.” In other words, the researchers claim anti-alcohol DGAC members focused only on research that supports arguments those members wanted to make all along.

Wesley Clark, a lawyer, professor, and medical doctor who is also the former director of the U.S. government’s Center for Substance Abuse Treatment, argued in comments he submitted that the DGAC’s “over-reaching” changes to the alcohol recommendations appear to result from “biased analysis” and might be “a sleight-of-hand vehicle for Prohibition.“

Other leading experts are also alarmed.

“There were very serious violations of scientific protocol regarding this proposal that need careful review,” said Sam Zakhari, Ph.D., chief scientific advisor with the Distilled Spirits Council and a former senior staffer with the National Institute on Alcohol Abuse & Alcoholism, in a statement emailed to me this week. “The committee acknowledged only one study examined differences in risk amongst men consuming two drinks per day as compared to one drink per day, which does not represent the preponderance of the evidence. Further, the committee members cited numerous studies that were outside of the 60 approved studies for review. It doesn’t take a scientist to see that the process was seriously flawed and that this proposal appears to be based on preconceived opinions, not science.”

Many lawmakers in Washington aren’t happy with the recommendations, either. A joint, bi-partisan group of more than two-dozen members of Congress submitted comments opposing the DGAC’s dry-ish recommendations. Their comments single out a “lack of scientific evidence to justify any change in current moderate drinking recommendations.”

This DGAC controversy does not surprise me. Indeed, it’s no stretch at all to argue that the DGAC is best known—in recent years, at least—for its controversial recommendations. In 2015, I blasted the DGAC report for proposing new food taxes, pushing for restrictions on food marketing, and suggesting local food bans. In a separate column that same year, I spoke with a university researcher whose analyses, published in the esteemed, peer-reviewed Mayo Clinic Proceedings, suggests, as I explained, “that the DGAC’s work—and the research used to support that work—is so off base as to be scientifically useless.” I also detail major shortcomings with the 2015 DGAC’s recommendations around sustainability in my book, Biting the Hands that Feed Us.

Thankfully, the DGAC report contains recommendations, meaning key federal agencies ultimately choose together whether or not to adopt those recommendations. On alcohol at least, the weight of the evidence suggests the federal government should reject the DGAC’s deeply flawed recommendations.