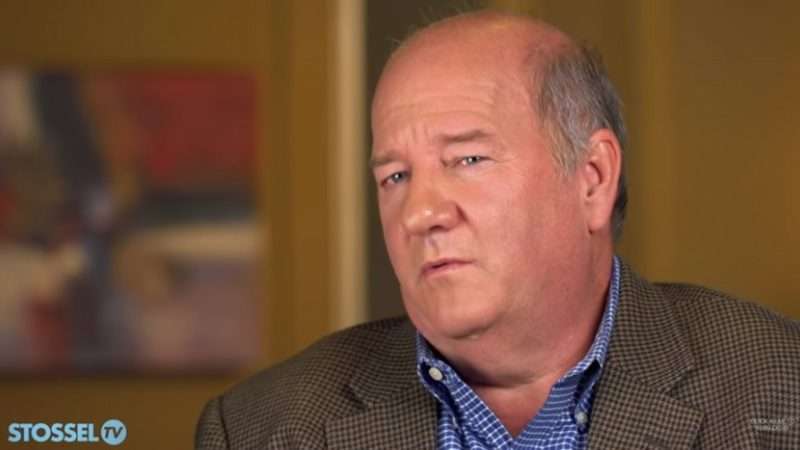 Politicians shut down businesses because of COVID-19.

But the rules don’t apply to everyone.

In my new video, we see a Dallas woman being jailed for keeping her salon open and a New Jersey man getting arrested after working out indoors.

Ordinary people who break the rules get punished.

But not House Speaker Nancy Pelosi.

Now, politicians have allowed more businesses to open. Dallas relaxed its rules for most businesses a few months ago.

But not for Dale Davenport’s car wash. Dallas won’t allow Dale to reopen because, shortly before the epidemic, they decreed his car wash a “hub for drug sales and crime.”

His car wash is indeed in the middle of a high-crime neighborhood, and many cities have laws that let them close a business if the owners conceal crime.

But Davenport didn’t do that. When he saw crime, he called 911. Dallas politicians then used his 911 calls against him, saying his frantic phone calls were evidence his business was a “public nuisance.”

“This is absolutely crazy,” complains Davenport.

Still, Davenport “bent over backwards” to do almost everything the politicians asked him to do.

That still wasn’t enough. The city came in and closed his business, anyway. “They murdered my business,” says Davenport.

Closing it didn’t reduce crime. Crime in the neighborhood stayed about the same.

But the community lost a center. For 20 years, people drove to Dale’s car wash, and then visited other local businesses while their cars were washed.

“The businesses next to my car wash, their business is down 40-50%,” says Davenport.

Why did politicians go after just one business that was well lit and where the owner did most of what the politicians requested?

Davenport suspects the politicians shut him down because he won’t give money to their friends. The city told him to hire armed guards, but when he hired them, he says he was told, “You’ve hired the wrong guard company.” He hadn’t hired a guard company owned by a city councilman.

Could it be that corrupt Dallas politicians want the money for themselves?

“This is extortion,” says Davenport.

We contacted all 14 city council members. Not one agreed to an interview.

Dallas has a rich history of political corruption. The guard company Davenport says the city wanted him to hire was owned by former councilman James Fantroy. In 2008, Fantroy went to prison for stealing $20,000 from a college.

Former Dallas city council members Dwaine Caraway, Paul Fielding and Don Hill were all jailed after being convicted of bribery or extortion.

Instead of paying car wash employees, Davenport now spends his money on lawyers, hoping to fight city hall. “This is wrong,” says Davenport. “This is tyranny.”

It’s bad enough when politicians kill businesses with COVID-19 shutdowns. It’s worse if they kill a business because the owner won’t give money to their friends.

Loading...
"Not by might, nor by power, but by my spirit, saith the Lord of hosts." Zechariah 4:6
BEFORE IT'S NEWS ON TELEGRAM
GET THE TELEGRAM APP - https://telegram.org/ JOIN OUR CHANNEL - https://t.me/BeforeitsNews
Read it..
BEFORE IT'S NEWS
SIGN UP FOR OUR NEWSLETTER
Today's Top Stories
"Everyone Must Know This Before it is Deleted"
X22 Report The Hunt Is On, [CF] Comes Into Focus, Crimes Against Humanity - Episode 2285b
Donald’s Greatest Show On Earth! Betrayal and Deception. The Nightmare Is Soon To Be Unleashed. Where Is This Coming Messiah Mentioned In Bible Prophecy? Awesome Videos
RichiefromBoston: We Are Under Attack, Act Accordingly!
Nobody Cares That They Are Performing Satanic Rituals Right in Front of Us
500K Taken into Re-Education Labor Camps & Mike Pence Issues Dire Warning to America!
Steve Quayle Unplugged! War Looms, Fearful Will Run, We Will Fight Via The Hagmann Report
Silk Masks Offers More Protection than Cotton or Synthetics for COVID-19 Prevention
The Cabal Is In Full Panic Mode As Their Events Are Backfiring!!! What's Coming Next Will Be The Final Blow!!! (Must Watch)
Solving the Strange, Unusually Geometric Pattern of Storms on Jupiter
Loading...
Featured
Epic Economist: Unprecedented Monetary Overhaul! Fed Preparing To Deposit Digital Dollars Directly To Each American! - Must Video
Biden & Sons: An All-American Crime Family & International Shakedown Syndicate
Deborah Tavares: Black Out Coming! Power Grid Down! September 2020 via Israeli News Live!
Charlie Kirk: Know the Truth About Breonna Taylor! - Must Video
Survival of Our Republic! Can We Save it? A Somber Analysis! - Must Hagmann Report Video
Robert David Steele: Dr. David Martin Speaks on the Fake Virus & Staged Pandemic! - Must See Video
Dollar Crash Warning, Economy on Life Support, Gas Car Ban in Cali, Unemployment Still Poor! - Must Video
Prepping Things to Never Throw Away: Trash to Treasure - Use What You Have, Repurpose DIY Gear (Video)
Deborah Tavares: Worldwide Attack! This Is All Part of the Great Reset
Breaking! Israel Imposes Lockdown! Is America Next? via AMTV
Loading...
Top Global
Breaking! Israel Imposes Lockdown! Is America Next? via AMTV
Nobody Cares That They Are Performing Satanic Rituals Right in Front of Us
Rothschild Rulers
The Seeds Have Been Planted For The Next American Civil War. I Don’t Think Anything Stops It Now.
SGTreport: General Wesley Clark "We're Going to Take-Out 7 Countries in 5 Years"
Wanna bet that Aus’ is a testing ground for what’s coming soon?
WATCH: President Trump Slams China at United Nations: ‘China Must Be Held Accountable’
After Trump Shut Him Up, Vengeful Fauci Made NEW Sinister Plans & He’ll Stop At Nothing To Get It!
RichiefromBoston: A Major Part of Their Plan Was Right In Front Of Our Eyes
Breaking! China Warns What Comes Next In Taiwan!
Loading...
Top Alternative
Edgar Cayce "Fallen Angels" Spoken of in the Bible Are Here to Keep an Eye on Us
Meteoroid Bouncing Back into Space?
It's Thursday Night Live Protest/Riot Coverage
Nobody Cares That They Are Performing Satanic Rituals Right in Front of Us
Rothschild Rulers
The Mandela Effect: The Man From the 'Country' That Does Not Exist! Multiverses
Edgar Cayce: Strange Metals, Minerals and Stones... Their Magical Properties Were Noted by Cayce
The Great Conservative Migration & What it Means for the Future
Ghislaine Maxwell's Friends Predict She Will 'Sell Out' Bill Clinton as New Revelations Emerge!! - Must Video
Soros-Funded Coalition Plans to Unleash Election Day Chaos That Could Far Surpass Floyd Protests!