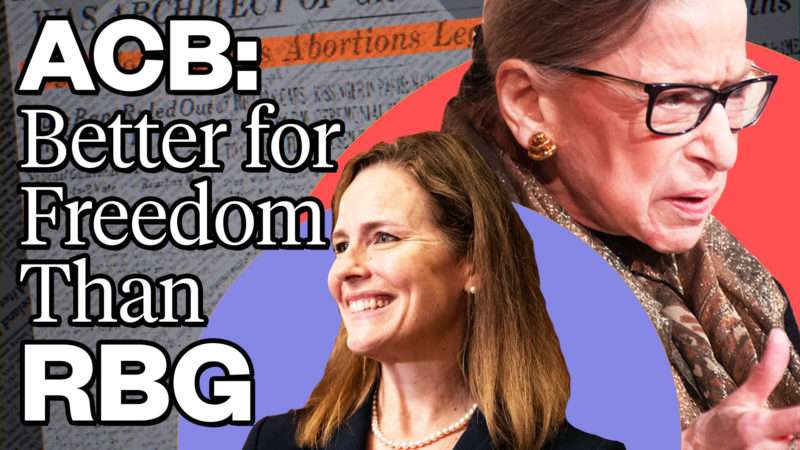 When Donald Trump nominated Amy Coney Barrett to replace Ruth Bader Ginsburg on the Supreme Court, Democrats screamed bloody murder about the legitimacy of appointing a justice this close to an election while calling attention to Barrett’s Catholicism and anti-abortion animus.

But according to Reason Senior Editor Jacob Sullum, when it comes to criminal justice and abortion, the two may have far more in common than conservatives and progressives seem to realize.

More important, he says, “Barrett will be better than Ginsburg on issues that libertarians care about and will be nearly as good or as good on other issues that progressive tend to care about.”