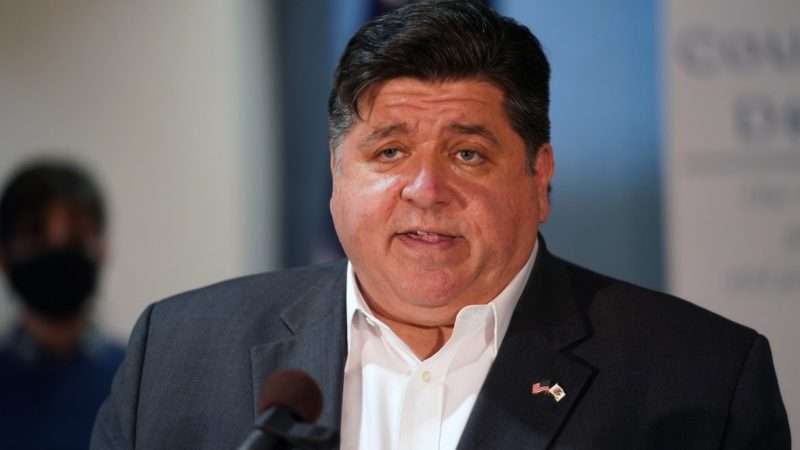 Citizens of Illinois pay a lot of taxes, but on Election Day, state leaders are begging its residents for permission to tax them even more.

The state currently ranks seventh nationally in sales taxes and second in property taxes. But Illinois is one of only 11 states that have a flat income tax rate for all residents, regardless of income bracket. That rate is 4.95 percent. Democratic leaders, headed by Gov. J.B. Pritzker, want to change the flat tax to a graduated income tax in order to jack up the rate on the state’s wealthiest citizens.

State lawmakers already approved a bill for this transition in June 2019. Their proposed graduated tax system would slightly cut taxes for people making less than $100,000 a year, but dramatically increase the tax rate for those making more than $250,000 a year to 7.75 percent at a minimum.

Having a flat tax is embedded in the state’s constitution, so lawmakers need to get voters to approve a rewrite in order to actually implement the tax change. So voters will consider referendum SJR1, officially titled “Illinois Allow for Graduated Tax Amendment.” Pritzker isn’t just the amendment’s top spokesman; he’s also far and away the amendment’s biggest financial backer, contributing more than $56 million to the committees pushing for its passage.

Pritzker is calling it a “fair” tax and claiming that 97 percent of Illinois residents will actually see their income taxes decline with the new rates. He even put up a tax calculator to allow people to see what they’d save. It’s all being marketed as a plan to get more money from the state’s richest.

Under Illinois constitutional referendum rules, in order to pass, either 60 percent of the people who vote on the referendum have to say yes, or more than 50 percent of all voters who cast ballots have to approve it.

Here’s the problem. Voters aren’t actually voting to implement Pritzker’s specific tax numbers. They are, in fact, just voting to grant lawmakers the authority to set graduated tax rates. It just so happens that Pritzker and lawmakers have this particular plan that will be implemented should the vote pass. But those numbers aren’t going to be set in stone in the constitution. This referendum grants lawmakers the authority to continue to adjust and, of course, increase these tax rates.

A single person earning $50,000 a year will save all of $39 a year under this new tax plan. That’s not a lot of savings in exchange for giving lawmakers the power to jack up tax rates in subsequent years. The nonprofit Illinois Policy Institute (which is suing over what they claim is a deceptive ballot description of the referendum) looked at what happened when Connecticut switched from a flat tax to a graduated tax, and it set off red flags:

Claims that the middle class will not see an increase might be true at first, but middle class taxes have gone up 13% in Connecticut since they switched to a progressive tax from a flat rate—the only state to do so in the past 30 years. The middle class is where the bulk of taxable income exists, and Pritzker already made $10 billion worth of spending promises from a $3.7 billion tax before COVID-19 put a $4.6 billion hole in state revenues. Moreover, only $200 million of the new tax is expected to go toward the state’s No. 1 fiscal threat—increasing pension costs.

Illinois still has huge, looming unfunded pension problems. Between 2001 and 2009, according to data collected by the Reason Foundation (the nonprofit that publishes this site), the funding status of pensions for government employees within the state dropped from 70 to 51 percent. And the loss of travel and tourism revenue to Illinois due to COVID-19 partly accounts for that hole in state revenue.

Illinois remains desperate for money to keep up with its pension obligations and debts. Unsurprisingly, this tax referendum is endorsed by all the major public employee unions.