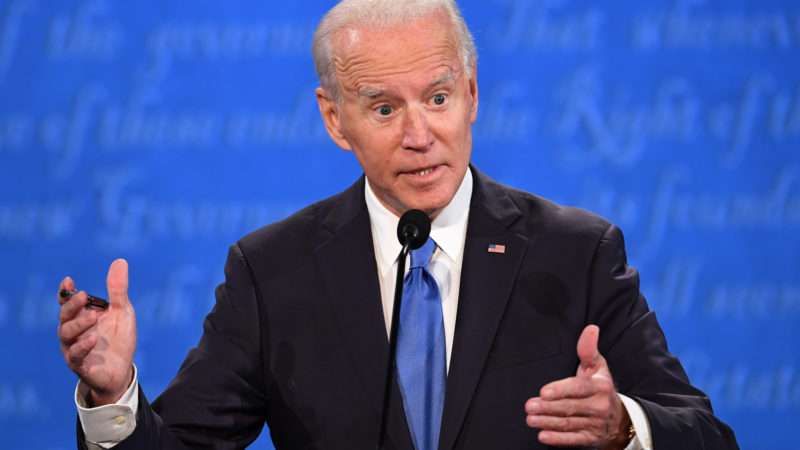 In December 2013, Politifact, which bills itself as a nonpartisan political fact-checking operation, awarded its lowest honor to President Barack Obama, for “Lie of the Year.” On more than 30 occasions, Obama had promised that under the Affordable Care Act, the health law often referred to as Obamacare, no one would lose their health care plan involuntarily. “If you like your plan, you can keep your plan,” Obama said.

This was simply not true. Obamacare’s health insurance exchanges, the government-run online portals for purchasing individual market health insurance, launched in October 2013. In the weeks and months that followed, millions of people received notices that their existing insurance plans would be canceled as a direct result of the law. The exact number of cancellations is difficult to pin down, but Politifact, in making its award, cited a figure of around 4 million. Other contemporaneous estimates suggested the number could be higher.

“Boiling down the complicated health care law to a soundbite proved treacherous,” Politifact noted years later in a review of “Lie of the Year” award winners. “Obama and his team made matters worse, suggesting the claim had been misunderstood all along.”

Obama had made the promise in order to ease fears about coverage loss and health care disruption that had helped to doom a health policy overhaul under President Bill Clinton nearly two decades earlier. And he had done so knowing it wasn’t true. As the Wall Street Journal reported in November 2013, White House aides questioned the claim in internal discussions. But in the end, they didn’t want to complicate what was already a difficult political messaging operation. As the Journal noted at the time: Administration officials worried “that delving into details such as the small number of people who might lose insurance could be confusing and would clutter the president’s message.”

Obama lied. And he did so for political reasons—to sell the public on major legislation on a promise he knew wasn’t true.

Biden made this statement as a rejoinder to President Donald Trump’s accusation that Biden’s health care plan would eliminate private insurance. As Biden noted, that is not true: Biden’s proposal would set up a government-run health insurance plan known as a public option that would be sold along with private health insurance options. It might degrade private insurance options, and would likely mean that fewer people are covered via private insurance, especially as time goes on. But unlike the Medicare for All plan proposed by Biden’s one-time rival, Sen. Bernie Sanders (I–Vt.), which would outlaw virtually all private coverage in the space of just four years, Biden’s plan would not end private coverage.

Trump’s attack on Biden’s health care plan was false, as it has been before. But Biden’s claim about Obamacare was false as well. And given the notoriety of that particular false promise—Politifact’s award was announced on CNN and covered in The Washington Post, Politico, NPR, and other major outlets, and Obama even apologized to people whose plans were canceled—Biden should have known better.

In many ways, the health care portion of this debate resembled the health care portion of the prior debate: Trump, asked about his repeated and unfulfilled promises to put forth a replacement plan for Obamacare, dodged the question, saying that he had repealed the health law’s individual mandate without specifying what he would do instead. Biden laid out his own plan to spend $750 billion expanding Obamacare’s subsidies and building a new government-run health insurance plan.

But there was one notable difference: This time, Biden said that, under his plan, “Obamacare” would become “Bidencare.” Biden didn’t just repeat Obama’s lie. He put his name on it.

Loading...
"Not by might, nor by power, but by my spirit, saith the Lord of hosts." Zechariah 4:6
BEFORE IT'S NEWS ON TELEGRAM
GET THE TELEGRAM APP - https://telegram.org/ JOIN OUR CHANNEL - https://t.me/BeforeitsNews
Read it..
BEFORE IT'S NEWS
SIGN UP FOR OUR NEWSLETTER
Today's Top Stories
Tucker Listen Closely! Sidney Powell Just Revealed Why She's Not Yet Publicly Releasing Her Evidence! - Must Video
X22Report: Trump Dangles The Bait, GSA, Deep State Takes The Bait, Truth Transparency The Only Way Forward! - Must Video
Meet Sidney Powell's Expert That Tucker Wouldn't Interview-But I Do! [Flynn/Giuliani/Sharpiegate]
Not So Fast! Trump’s Mega Midnight Reversal And Tucker’s Shocking 180 The Bombshell Overnight Election Plot Twists!
Must See New Intel! This Tech-Giant Insider's BOMBSHELL INTEL Blows The Dems' Election Fraud Wide Open!
Overstock.com Founder Patrick Byrne Says Two Top Level Republicans Involved In The Election Rigging
Millions In America Making a “Run For It!” Mass Exodus Happening & Here’s Why…What Do They Know?
You Better Pay Attention To This! - Max Igan Must Video!
Trump Scores Huge Wins in MI & PA as Feckless Republicans Certify Fraudulent Votes! - Dr. Steve Turley Must Video
Robert David Steele: Sidney Powell - Lin Wood - Satanic Ritual Abuse Pedophilia Adrenochrome Child Torture UK
Loading...
Featured
Revelations: The World Is Burning and Nobody Cares, Deep State Will Win
Here's Why America Is the Land of Illusion and Where We're Headed
New Mexico Governor Shuts Down (Some) Grocery Stores for Two Weeks
Dominion Arrests Are Key to Supreme Court Ruling! Trump Will Prevail if He Doesn't Give up Under Death Threats to His Team(s) - Transition Approval Under Duress! - Capt. Dave Bertrand, Ret. +Videos
They Are Developing A “Digital Passport” For International Travel That Will Show If You Have Been Vaccinated
Donald Trump prophecy: The unbelievable link President Trump has to the Bible exposed
The Dow Just Hit 30,000, But Meanwhile The Real Economy Is Having A Meltdown
Sidney Powell Lifts the Lid on Deep State
X22Report: Trump Dangles The Bait, GSA, Deep State Takes The Bait, Truth Transparency The Only Way Forward! - Must Video
COVID Is Not the Threat! - Dr. Paul Craig Roberts
Loading...
Top Global
All The World's A Stage And All The ActWhores Are Playing Their Part! Great Video By Dollar Vigilante!
Why has Japan not had a pandemic…?
Exposing The Satanic Empire (Illuminati) And The Vatican - Full Documentary By Keith Thompson! Excellent Video!
The Real Mafia That Controls The Entire World And Soon The New World Order And Soon You If You Take The Covid RFID Vaccine!! Excellent Video. Must See!!
COVID 19: not so much a pandemic as a Trojan Horse
Say Goodbye To International Travel - TheCrowhouse
Intel Inside Sources Say President Trump Will Remain in Office via Israeli News Live
Strange Creature Scared These Kids in England. What is it?
Pfizer Claims Vaccine Is 90% Effective. Del Bigtree Has Found Some Shocking Information In The Fine Print. UK Expects ‘High Volume’ Of Covid Vaccine Adverse Reactions Death Wave! Great Videos!
Proof Covid Was Planned Years Ago !! Covid-19 To Be Diagnosed Using A.I. (Artificial Intelligence) According To 2015 Patent Application. Great Video!!
Loading...
Top Alternative
Antifa Issues Public Threat Against Trump Voters - Sent to President Trump!
The Covid “Pandemic”: Destroying People’s Lives! Engineered Economic Depression! Global “Coup d’Etat”? +Videos
All The World's A Stage And All The ActWhores Are Playing Their Part! Great Video By Dollar Vigilante!
Mysterious Metal Monolith Found in Utah - Live Coverage
Whistleblowers Speak Out... The Plan For Disclosure Has Started!
Trump's Next Move! A Machiavellian Playbook...
Attorney Lin Wood: Deep State Will Be Defeated! - Must Video
5 Tips for Holiday Shopping in an Unusual Year
The Book Of Enoch Manuscripts - Coast to Coast AM - November 2020
Mind Blowing Encounters You Should Watch With The Lights On