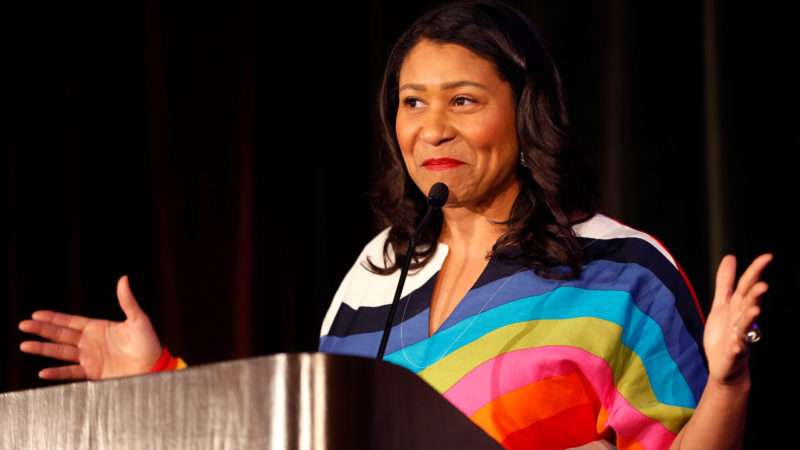 The officials in charge of San Francisco’s public schools are hard at work—not coming up with a plan to quickly reopen the schools, but to rename as many as 44 of them.

As parents, teachers, and principals deal with the frustrations of distance learning, the San Francisco Unified School District recently asked them to brainstorm replacements for schools that are “inappropriately” named after problematic historical figures, such as Abraham Lincoln, George Washington, Thomas Jefferson, and even Sen. Dianne Feinstein (D–Calif.).

“I don’t think there is ever going to be a time when people are ready for this,” Mark Sanchez, president of the school board and a member of the committee that proposed the changes, told the San Francisco Chronicle. “Predictably people are going to be upset no matter when we do this.”

Maybe. But people are more upset right now, because San Francisco’s public schools aren’t even open and have no plans to reopen until probably January.

Many private schools in the city have successfully reopened. San Francisco, like D.C., New York City, Chicago, Baltimore, and many other large cities, has deemed it safe for privileged kids to go back to school. Yet families that rely on public education have been told they must wait, no matter the harmful consequences for their children.

Given the difficulties of virtual education, parents might expect school officials to be making every effort to reopen as soon as possible. But in San Francisco, reopening doesn’t seem like nearly as high a priority as renaming buildings or covering up offensive art. The Chronicle‘s report on the renaming committee’s deliberations borders on parody:

El Dorado Elementary came up next for discussion, with board members questioning whether the criteria should apply to a mythological place associated with settlers or colonists….

While some on the panel questioned whether an imaginary place filled with gold met the criteria for renaming.

“That’s how we justified Mission and Presidio, as places of human rights abuses or environmental abuses,” said Jeremiah Jeffries, saying it was similar to naming a school “Manifest Destiny.”

El Dorado was added to the list for renaming….

“This is important work,” he said. “We’re in the middle of a reckoning as a country and a nation. We need to do our part.”

That work includes a recommendation to change the name of Dianne Feinstein Elementary, a name given by the Board of Education in 2006 when the new school opened.

The school made the list because, as mayor in 1986, Feinstein reportedly replaced a vandalized Confederate flag, one of several historic flags flying in front of City Hall at the time.

Abraham Lincoln High is also on the list, based on the former president’s treatment of American Indian and native peoples.

It would likely cost each school tens of thousands of dollars to replace their names, which is part of the reason that an alumni association is asking the committee to suspend its activities until school has actually resumed.

“In the midst of this once in a century challenge, to hear that the District is focusing energy and resources on renaming schools—schools that they haven’t even opened—is offensive,” the Democratic mayor said. “It’s offensive to parents who are juggling their children’s daily at-home learning schedules with doing their own jobs and maintaining their sanity. It’s offensive to me as someone who went to our public schools, who loves our public schools, and who knows how those years in the classroom are what lifted me out of poverty and into college. It’s offensive to our kids who are staring at screens day after day instead of learning and growing with their classmates and friends.”

Breed called on the district to focus on returning kids to their classrooms instead of debating the origins of the name El Dorado.

“We are in a pandemic right now that is forcing us all to prioritize what truly matters,” she said. “Conversations around school names can be had once the critical work of educating our young people in person is underway.”

It is nice to know that at least one person in a position of authority in San Francisco has not completely lost her mind.