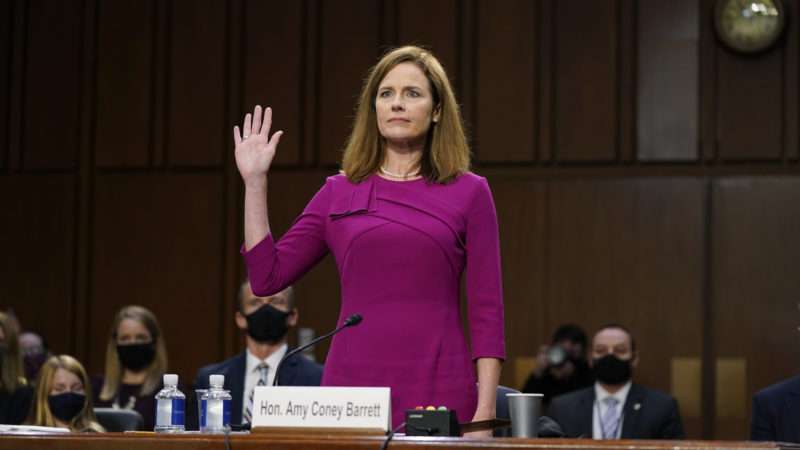 Supreme Court confirmation hearings for Amy Coney Barrett began today as members of the Senate Judiciary Committee gave their opening remarks in preparation for a vote to advance her nomination.

The confirmation is expected to be a contentious one. There’s the back-and-forth over the merits of confirming a justice in an election year. There are the broader political implications of a 6-3 conservative Supreme Court. And there is the issue of how Barrett was treated in 2017 during her confirmation hearings for the U.S. Court of Appeals for the Seventh Circuit.

In a reference to Barrett’s devout Catholic faith, Sen. Dianne Feinstein (D–Calif.), the ranking member of the Judiciary Committee, remarked that “the dogma lives loudly within you”—a comment that has inspired lasting outrage over Democrats’ hostility toward religious liberty.

Sasse is correct. Refreshingly, Senate Democrats didn’t revive those anti-Catholic attacks, and it appears it might stay that way.

At a mid-hearing press conference, Sen. Dick Durbin (D–Ill.) said he “couldn’t think of a single” Democratic senator who intended on bringing up Barrett’s faith. When asked by reporters, Democratic presidential nominee Joe Biden issued similar comments, telling them that Barrett’s faith “should not be considered.”

Durbin and Biden obviously don’t speak for the whole Democratic Party. But it does seem like there’s room to be cautiously optimistic that Senate Democrats realized an open disdain for religious liberty is a losing strategy.