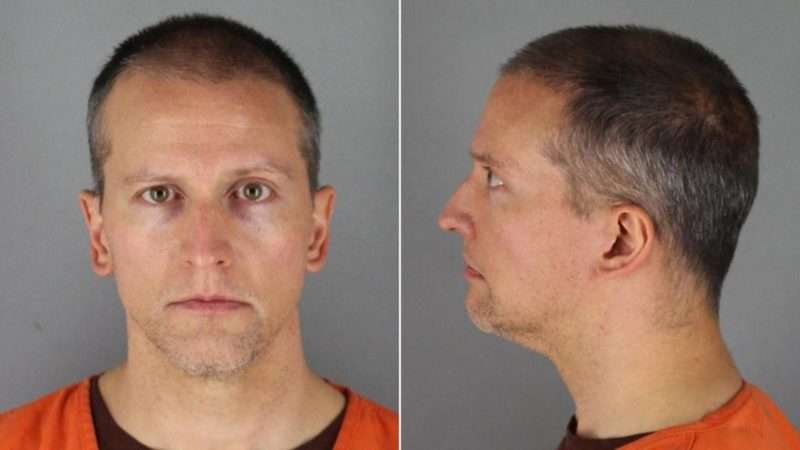 Derek Chauvin, the now-fired Minneapolis police officer facing second-degree murder and manslaughter charges for killing George Floyd in the line of duty in May, was released from pretrial detention last week, and his bail conditions will allow him to leave the state, an unusual deviation from typical bail rules.

Chauvin’s bail was not cheap—he had to put up a $1 million conditional bond through a bail bond agency, meaning his family or somebody who supports him is having to pay $100,000 to the agency that they’ll never get back, even if Chauvin is found not guilty.

Floyd’s death has inspired across the country a summer of heated anger, protesting, and riots over police misconduct. The video footage of Chauvin kneeling on Floyd’s neck has made Chauvin and the three other former police officers who were involved targets. Their lawyers told a judge that they’ve received several death threats and they were confronted by angry protesters outside a courthouse after a pretrial hearing.

Due to all the tension, Hennepin County Judge Peter A. Cahill ruled that Chauvin would be allowed to leave Minneapolis and hole up somewhere else in the state or in one of the states contiguous to Minnesota for his own safety. The address would be shared with the court and those who need to know where he is.

CNN reports that some were outraged at Chauvin being granted bail at all. For consistency’s sake, they shouldn’t be. The point of bail is to put terms on a defendant’s release that will guarantee that the defendant returns to court for trial and does not cause any problems or commit any crimes while released. Unless there’s evidence that Chauvin is going to go out and commit more crimes or flee the country, Chauvin should be released. And if there’s a possibility that angry people will threaten Chauvin’s safety, the judge is obligated to do something to make sure the man is protected.

Chauvin, like everybody else who has been charged with a crime, is supposed to be treated as innocent until proven guilty. Pretrial detention puts punishment ahead of conviction and should be avoided unless there’s no other way to keep the public safe and to make sure the defendant returns to court.

Some outrage is most certainly over the unfairness of the bail system—many poor people are unable to cover the money bail bond companies demand and end up stuck in jail, sometimes for months. As a result, they are more likely to accept bad plea deals and harsher sentences. As noted above, somebody had to commit to $100,000 in payments in order to get Chauvin out of jail. People who are mad that Chauvin was able to do this should take note that the alternative—Chauvin remaining in jail—runs counter to criminal justice reform efforts. The goal should be that only people who can be shown to be too dangerous to be released remain in pretrial detention.

Beyond the anger over Chauvin being released, there’s now controversy over who paid Chauvin’s bail and whether he has some secret benefactor. This is essentially a moment where partisans are switching sides on this issue: During the protests this summer, the Minnesota Freedom Fund was attacked by conservatives for taking in donations and using them to bail out people who were arrested during protests. Minnesota state Rep. Paul Novotny, a Republican, told the Star Tribune that he was drafting a bill that he’d introduce next year to require a public record whenever a third party posts bail.

Now that Chauvin has been released, the Star Tribune reports that people were speculating on social media over who had paid his bail. This adds even more hypocrisy to the bail fight; if Chauvin needed to get help in order to pay bail, this is evidence that his bail was set too high—unless you mistakenly believe that people ought to remain imprisoned before their trial. If that’s the case, you’re essentially admitting that you want to punish Chauvin now before he’s convicted.

The only reason to need to know who paid Chauvin’s bail is for the purpose of retaliating, shaming, or harassing them. That’s not justice, and that’s certainly not criminal justice reform.