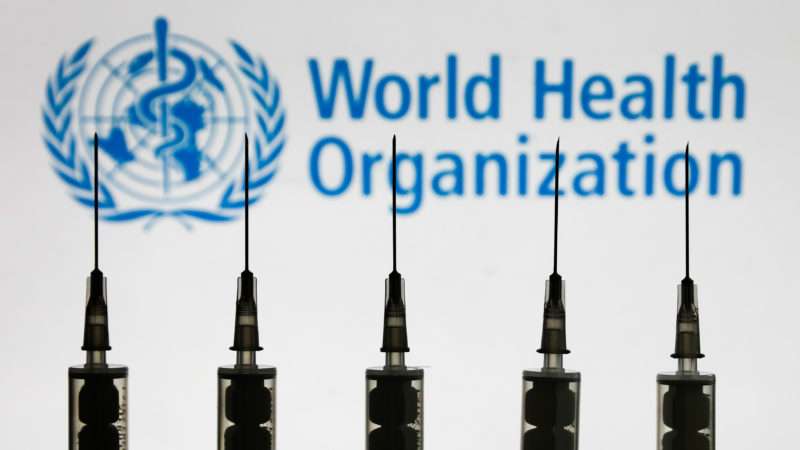 “We’ve got to follow the science,” we’re repeatedly told during the COVID-19 pandemic, usually by people arguing for the strict measures included in the broad category of “lockdowns.” But what happens when scientists disagree with one another and don’t adhere to one true faith in their recommendations for battling viral infection?

While there has been disagreement among scientists since COVID-19 appeared on the scene, opponents of the most restrictive measures have largely been sidelined. But now, insisting that “science” speaks with one voice is much harder, with a World Health Organization (WHO) official and the Great Barrington Declaration objecting to the pain inflicted by lockdowns and calling for less-draconian public health policies.

“We in the World Health Organization do not advocate lockdowns as the primary means of control of this virus,” David Nabarro, WHO special envoy for Covid-19, told Britain’s Spectator magazine last week. “The only time we believe a lockdown is justified is to buy you time to reorganize, regroup, rebalance your resources, protect your health workers who are exhausted, but by and large, we’d rather not do it.”

He pointed to the devastating worldwide elevation in rates of poverty and hunger as a result of restrictions imposed to fight the pandemic, saying that “lockdowns just have one consequence that we must never, ever belittle, and that is making poor people an awful lot poorer.”

“Current lockdown policies are producing devastating effects on short and long-term public health. The results (to name a few) include lower childhood vaccination rates, worsening cardiovascular disease outcomes, fewer cancer screenings and deteriorating mental health,” the declaration argues. “Keeping these measures in place until a vaccine is available will cause irreparable damage, with the underprivileged disproportionately harmed.”

The authors and co-signers of the declaration suggest a more-focused approach. “Adopting measures to protect the vulnerable should be the central aim of public health responses to COVID-19,” they argue. “Those who are not vulnerable should immediately be allowed to resume life as normal. Simple hygiene measures, such as hand washing and staying home when sick should be practiced by everyone to reduce the herd immunity threshold.”

The declaration and its authors have come under intense fire from some who disagree with its policy proposals on scientific grounds.

“This is wishful thinking. It is not possible to fully identify vulnerable individuals, and it is not possible to fully isolate them,” argues Rupert Beale of the Francis Crick Institute. “Furthermore, we know that immunity to coronaviruses wanes over time, and re-infection is possible—so lasting protection of vulnerable individuals by establishing ‘herd immunity’ is very unlikely to be achieved in the absence of a vaccine.”

But the declaration also faces ad hominem attacks from people who object to its sponsorship by the market-oriented American Institute for Economic Research (AIER).

“I’m in my mid-50s. I have HIV. I saw my friends die in droves in the 80s, 90s. I have no more fucks left to give,” tweeted Yale School of Public Health epidemiologist Gregg Gonsalves in response to the declaration. “Except those peddling pseudoscience, bankrolled by right-wing, libertarian assholes can kiss my queer ass. I know your kind. We beat you once. Will will again.”

As criticism goes, that’s a tad over the top. But at least it recognizes that there’s a debate to be had. And, as Nabarro’s comments indicate, the signers of the Great Barrington aren’t alone in their concerns.

Sixty-six high-profile British physicians made headlines earlier this month when they urged the government “to consider non-Covid harms and deaths with equal standing as the reported deaths from Covid” and said that lockdown-related “harms to long term health and wellbeing begin to outweigh the benefits.”

“Closedown, lockdown, closing borders—nothing has a historical scientific basis, in my view,” observed Agners Tegnell, one of the architects of Sweden’s less-restrictive pandemic response.

Back in March, David L. Katz, former director of Yale University’s Yale-Griffin Prevention Research Center, wrote: “I am deeply concerned that the social, economic and public health consequences of this near total meltdown of normal life—schools and businesses closed, gatherings banned—will be long lasting and calamitous, possibly graver than the direct toll of the virus itself.”

But these objections have largely been ignored as the views of a few fringe heretics to the supposedly science-dictated dogma of restrictive policies that close whole societies.

Such sidelining gets harder as more high-profile scientists join together to muscle their way into the public view.

As if to emphasize the end of a monolithic public-health stance on COVID-19 response, this week the WHO joined with other international organizations to warn that “border closures, trade restrictions and confinement measures have been preventing farmers from accessing markets, including for buying inputs and selling their produce, and agricultural workers from harvesting crops, thus disrupting domestic and international food supply chains and reducing access to healthy, safe and diverse diets.”

The statement also calls for “universal health coverage and income support,” making it a difficult target for accusations that it was crafted by “right-wing, libertarian assholes.”

The pretense that “science” automatically dictates the suspension of normal life without regard for other concerns including liberty, prosperity, and psychological health is over. At long last, months into the pandemic, the debates over the proper response to COVID-19 have begun.