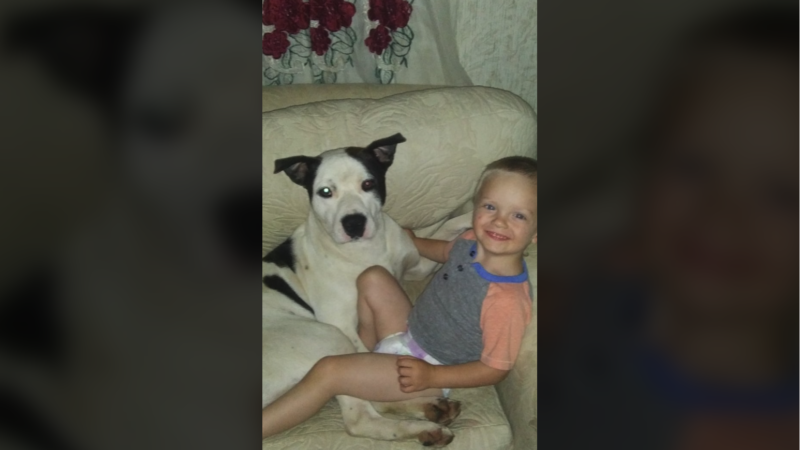 Faulkner County Sheriff’s Office Investigator James Freeman showed up at the house of Chris Coiner last Monday and fatally shot his son’s 3-year-old mixed-breed terrier, Clide. The investigator was supposed to be at the house next door. Coiner began filming as he confronted Freeman immediately after the shooting:

“My daughter was coming to the door and said somebody was in the driveway,” Coiner described. “Just a blue pickup, unmarked. Before I was even around the corner here, I heard a shot, and the officer had shot my dog right here in the yard for barking at him. My girlfriend watched it out the window, the dog was not attacking him, the dog was barking, in my yard, on private property.”

“I asked him why he was here, and he said he was looking for somebody named Samuel at 72 Autumn Hills Road which is the next-door neighbor,” said Coiner. “I didn’t know this at the time, but I had found out he had already been to 72 which was the right address, so he knew he was not at the right address and he shot my dog for barking at him.”

It’s unknown how many dogs police shoot each year. A Justice Department official speculated in a 2012 interview with Police magazine that the number could be as high as 10,000 a year, calling it “an epidemic.” But that figure is little more than a guess.

The proliferation of social media, cell phones, and body cameras has led to numerous viral stories about police wantonly shooting dogs. There’s a whole category of stories on Reason‘s website about “puppycide.”

The shootings lead not only to devastated families and viral news stories, but expensive lawsuit settlements for cities. Last year St. Louis paid $775,000 to a woman whose dog was shot during a no-knock SWAT raid over an unpaid gas bill. The Detroit Police Department has settled a string of lawsuits for shooting dogs during drug raids.

Law enforcement groups have started to recognize that police have a problem with dogs. In 2018, the National Sheriffs’ Association launched a pilot program that uses a virtual use-of-force simulator to teach officers how to read and react to normal dog behaviors.

KATV reports that the Faulkner County Sheriff’s Office has not altered its policies since the dog shooting last year, and that Freeman is still on duty while under investigation.