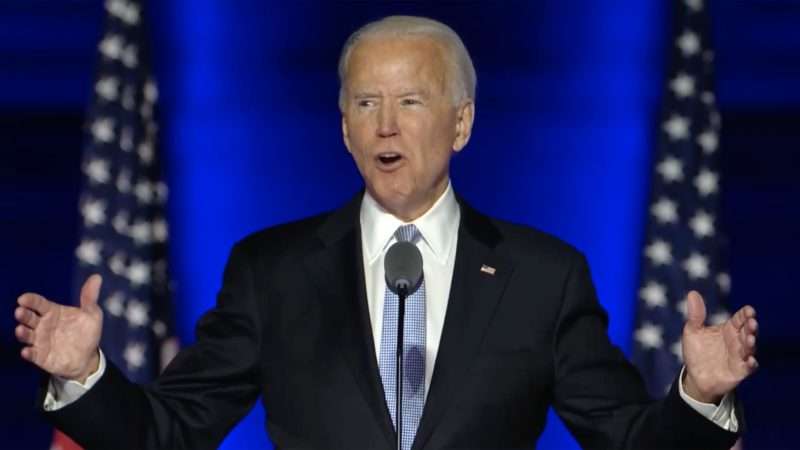 This week, President-elect Joe Biden previewed several ways he plans to take bold action upon assuming office in January. Among the most immediately consequential would be his promise to appoint a “Supply Commander” to “take command of the national supply chain for essential equipment, medications, and protective gear.”

Overburdened hospital capacity was one of the primary concerns cited by proponents of lockdowns as the COVID-19 pandemic gained steam in spring 2020. The system’s continued potential vulnerability is now a doubly contentious issue. On one hand, there are renewed calls for stricter lockdowns; on the other, there is criticism that the system did not improve under incumbent President Donald Trump’s watch.

“We can no longer leave this to the private sector,” proclaims Biden’s website. “The Supply Commander should work with every governor to determine their needs, and then coordinate production and delivery of those needs in a timely and efficient manner. And, the Supply Commander should direct the distribution of critical equipment as cases peak at different times in different states or territories.”

In reality, the health care industry uniquely confounds both sides of the oversimplified “market vs. government” debate. Markets are essential to allocate resources in a complex modern society, but the U.S. health care system lacks the chief vehicle through which markets accomplish this end: reliable and responsive prices.

The U.S. health care system’s combination of large private insurers and government mandates and subsidies fuels a system where both doctors and patients rarely consider the cost of services when making decisions––hardly a free market. Reform allowing prices to act as reliable signals would require politicking, legislation, implementation, and learning by market participants that would long outlast the current pandemic.

This alone does not make the case for a command-driven medical supply chain, even in the very short run. Nor does the Trump administration’s response truly leave supply to the private sector, as Biden seems to be claiming. White House trade and policy adviser Peter Navarro was among those sounding the alarm on overburdened supply chains early in the pandemic, albeit with undertones of the president’s and his own economic nationalism.

While its approach has been hotly debated, the White House convened a supply chain task force by early April, and a Strategic National Stockpile (SNS) of health supplies has existed since the George W. Bush administration. In a September 2020 Harvard Business Review op-ed, three government officials involved with the task force wrote about their experience with the SNS and made recommendations for its improvement.

The three officials’ recommendations (more visibility within government, more information, more expertise) reflect their desire for a hands-on government approach. However, a closer look at those recommendations coupled with the officials’ experiences working with hospitals highlight many of the problems a centralized Supply Commander may worsen rather than solve.

The officials encountered exactly the pattern of individual behavior that defines many, if not most, shortages––hoarding: “Unsurprisingly, medical organizations, facing critical shortages, have been hoarding information as well as supplies. We observed hospitals that were reluctant to share any type of information on their material stocks. One hospital administrator we spoke with stated that the nursing staff was hiding PPE in cabinets, afraid the equipment would be taken away and sent to other hospitals.”

The SNS is also drowning in the massive bureaucracy of several large federal agencies. One wonders, when forced to move to a new supply chain built with unfamiliar technology from the top down and allocated medical supplies by command under the new president, how local hospitals will stay afloat in the bureaucracy Biden hopes to create.

Biden and Navarro both characterize shortages as a failure of total national production. But we also see some hospitals with surpluses of certain supplies while others run out. Economic adjustments are not instantaneous in the real world, and this allocation problem promises to be tenaciously vexing during a pandemic that strikes with a high degree of unpredictability and unevenness.

Hoarding behavior suggests that medical professionals, likely in some degree of desperation, are holding onto supplies because they have lost confidence they’ll be able to reacquire them if needed. The officials’ instincts tend toward Biden-esque command when they propose a tech-heavy regime of surveillance including blockchain documentation, QR codes, and a virtual “control tower” to restore that confidence.

In a crisis where hospital workers have become adversarial to officials’ tactics, imposing an all-seeing eye through cutting-edge technology carries risks. Instead of forcing hospital workers to adopt new technology in the middle of a crisis so that officials can better assess and reallocate excess supplies, hospitals must be autonomous actors in the supply chain for medical equipment. They are simply better-informed about their own circumstances than the state governors who Biden envisions as conduits of information to the Supply Commander.

Especially with pandemic-era time constraints, the medical supply chain may never function exactly as we hope. But adjustments that are responsive to the needs of hospitals could rebuild their confidence that new supplies are quickly obtainable even during unpredictable times. Until then, hoarding and shortages are all but guaranteed.