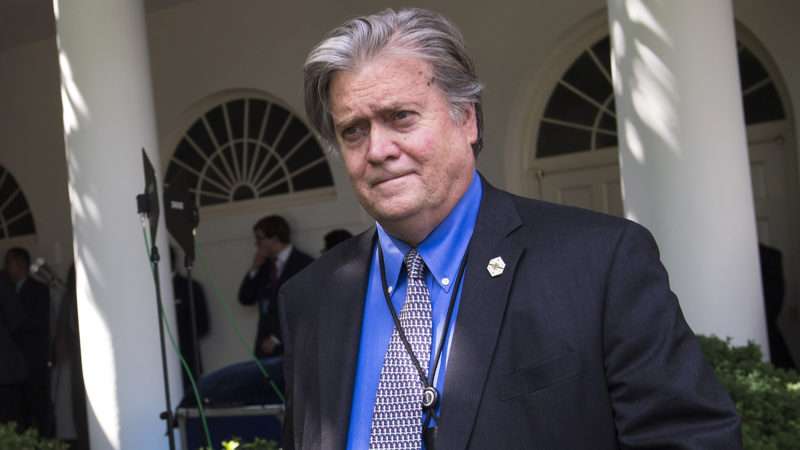 It’s common to view President Donald Trump’s first term as a tragedy, a national meltdown in which democracy itself is under siege from big tech, foreign governments, and other shadowy actors.

But just as often, it has been a vehicle for farce—and few episodes encapsulate the era’s absurdity and panicky self-regard more than the supposed scandal surrounding social media data mining firm Cambridge Analytica.

The details surrounding the firm’s political involvement are convoluted and multitudinous, but the essence of the allegation was that the firm, which worked under various guises in both the United States and in Britain, was a shadowy operation that used improperly harvested social media data to create psychographic voter profiles that may have helped Trump win the 2016 election, swung the Brexit vote toward British independence, and given foreign rivals (especially Russia) a potent tool for sowing chaos in the Democratic Party via Facebook. The story generated massive amounts of news coverage from major organs of the mainstream press, which in turn resulted in congressional hearings and high-profile government inquiries in both the U.S. and the U.K.

The story, in other words, was a perfect storm of Trump-era panics and paranoias. And it was almost entirely hokum.

For an idea of the sort of media and politics firestorm that Cambridge Analytica’s work produced, it’s worth looking back to early 2018, when The New York Times reported that the company had engaged in a nefarious bit of business: After receiving some $15 million from Robert Mercer, a wealthy conservative donor who backed organizations such as Breitbart News, the company “wooed [Mercer's] political adviser, Stephen K. Bannon, with the promise of tools that could identify the personalities of American voters and influence their behavior.”

To do that, it needed massive amounts of data. And so, the story went, it turned to Facebook. Cambridge Analytica “harvested private information from the Facebook profiles of more than 50 million users without their permission,” by paying for a data trove from an independent researcher. The result, the Times reported, was “one of the largest data leaks in the social network’s history.”

The company had vague links to the Russian oil business, and the Facebook user data in question had been obtained from Aleksandr Kogan, an academic who, The Guardian found, had “unreported ties to a Russian university.” In a rhetorical flourish typical of the sort of coverage Cambridge Analytica sparked, the Guardian‘s report described the voter profiles as a “project to turn tens of millions of Facebook profiles into a unique political weapon” and noted that revelations of Kogan’s Russia ties came “at a time of intense US scrutiny of Russian meddling in the 2016 US presidential election.”

All of this carried ominous implications not just for Cambridge Analytica, but for Facebook, the source of the user data that allowed the company to create the voter-profiling tool. A New York Times item from March 2018 carried the headline, “Facebook’s Role in Data Misuse Sets off Storms on Two Continents.” The Massachusetts attorney general launched an investigation into the social media giant. Lawmakers such as Sens. Amy Klobuchar (D–Minn.) and Richard Blumenthal (D–Conn.) called for Facebook CEO Mark Zuckerberg to appear before Congress. In Britain, members of Parliament made similar calls.

All the while, the threat of Russian interference into American elections was in the air, even if the direct connections remained murky. As the Times reported: “The two top Congressional Democrats leading inquiries into Russian interference in the 2016 election—Senator Mark Warner of Virginia and Representative Adam Schiff of California—called for investigations of the Facebook data leak. ‘This raises serious questions about the level of detail that Cambridge Analytica knew about users,’ said Mr. Schiff, who is the ranking Democrat on the House intelligence committee.”

The calls for political oversight, the Times noted, followed multiple reports that the company “had used the Facebook data to develop methods that it claimed could identify the personalities of individual American voters and influence their behavior” and noted that “the firm’s so-called psychographic modeling underpinned its work for the Trump campaign in 2016,” even if some were skeptical of its efficacy.

The media had uncovered a juicy scandal at the intersection of politics and social media. And Washington and London had taken notice.

Eventually, Zuckerberg testified before a Senate committee, his first appearance before Congress. But instead of a serious inquiry, it turned out more like a circus. Over the course of the hearing, it became clear that most of the senators grilling the tech CEO had no idea how Facebook—or, for that matter, much of the internet—worked at all. They asked clueless questions that could have been answered with a Google search and mostly served to demonstrate how little they understood about the privacy practices they wanted to regulate. But as Reason‘s Robby Soave noted at the time, that didn’t stop at least one from taking the opportunity to attempt to connect Facebook to Russian propaganda efforts, by demanding that Zuckerberg account for context-free print-outs of what appeared to be images taken from Facebook.

Yet it hardly mattered that the legislators who’d gathered to demand answers from Zuckerberg had no idea what they were talking about: They were determined to bring Facebook under their control. “If Facebook and other online companies will not or cannot fix their privacy invasions, then we are going to have to,” Sen. Bill Nelson (D–Fla.) said at the time. “We, the Congress.”

Zuckerberg has since become a fixture in Washington; he made his fifth appearance last week. These appearances have become ritualized performances for both the CEOs and the lawmakers who question them, forums for prepared speeches with conclusions baked in. No one learns much from these faux public trials, but the march to regulation continues apace, often abetted by Facebook, which has taken to saying that some regulation might be necessary, as long as the company gets to help write the rules. The Cambridge Analytica scandal, which The New York Times once described as having “thrust Facebook into its biggest crisis ever,” had evolved into an all-encompassing, never-ending entanglement amongst America’s axis of cultural and political power: big tech, big media, and big government.

Yet just a few weeks before Zuckerberg’s latest, we actually did learn something from a government investigation into the intersection of politics and technology. In early October, the U.K. Information Commissioner’s Office (ICO), a government body that oversees data privacy, finished a yearslong review of the incident that started it all: the Cambridge Analytica scandal. U.K. data privacy laws tend to be more strict than in the U.S., and the ICO has the power to penalize companies and otherwise compel them to take action; it is not inherently sympathetic to corporate interests.

And yet what it found was that the Cambridge Analytica scandal, such that it was, had been blown wildly out of proportion, and had mostly been the result of misunderstandings and hype.

The dreaded psychographic models they built relied on commonly used, off-the-shelf analytical tools that company leadership had talked up in order to make them sound more powerful than they were. Aside from some minor inquiries, the ICO found no evidence that Cambridge Analytica was involved in the Brexit campaign, nor did they find significant evidence of Russian involvement. The company did maintain lax data security in some instances, with some staffers keeping information in their personal Gmail accounts—although often it was shared through more secure methods as well.

And the Facebook data trove at the heart of the controversy was largely deleted in 2016 after Facebook requested that Cambridge Analytica do so. The data itself was not directly used in its 2016 election campaign efforts, although it may have indirectly informed some of the company’s models.

The ICO found the company guilty of no illegal behavior. Instead, the report found that Cambridge Analytica was primarily guilty of hype—of overselling its analytical capabilities and the value of its psychographic models and their ability to shape political campaigns. The company’s leader, Alexander Nix, had been suspended in 2018 after an undercover video caught him suggesting that bribery and seduction could be used to influence foreign elections; he’d called Cambridge Analytica’s voter models their “secret sauce.” But as the Financial Times points out, the depth and detail of the company’s vaunted voter profiles had been heavily exaggerated. And the company’s employees knew what they were selling was bunk: As the ICO report dryly notes, “There appeared to be concern internally about the external messaging when set against the reality of their processing.”

Cambridge Analytica wasn’t a sinister new way to use social media as mind control. It wasn’t a Russian intelligence front group. It wasn’t a powerful tool for subverting democracy. It was a scam, run by a shady frontman with a penchant for promotional self-aggrandizement. And it fooled just about everyone, from the right-wing power brokers who funded it to the journalists who covered it to the bumbling politicians who used the scandal as an excuse to wage a political prosecution of some of the nation’s largest and most successful companies.

The Cambridge Analytica story is, at heart, a story of confusion and self-delusion, in which media paranoia and political misunderstandings intersect with right-wing pomposity and empty tech-world hype and hubris.

The real story wasn’t what happened with the company’s vaunted models; it was what so many influential figures on every side of the issue thought was happening that wasn’t. What many viewed as apocalyptic was in fact ordinary—a confluence of vanities, paranoias, and misunderstandings rather than an elaborate master plan. And if the latest big tech hearing is any indication, these sorts of misunderstandings are going to keep happening, regardless of how the election turns out.

The Cambridge Analytica “scandal,” then, is a synecdoche for so much of the Trump era, and the way that mostly unfounded anxieties about elections, technology, and secretive corporate plots have spread across the corridors of American power and cultural influence. In the end, Cambridge Analytica’s systems didn’t amount to much. They didn’t represent what so many powerful people thought they represented. And the tragedy wasn’t what so many thought it was; it was what we failed to learn, and the mistakes we are likely to keep repeating as a result.