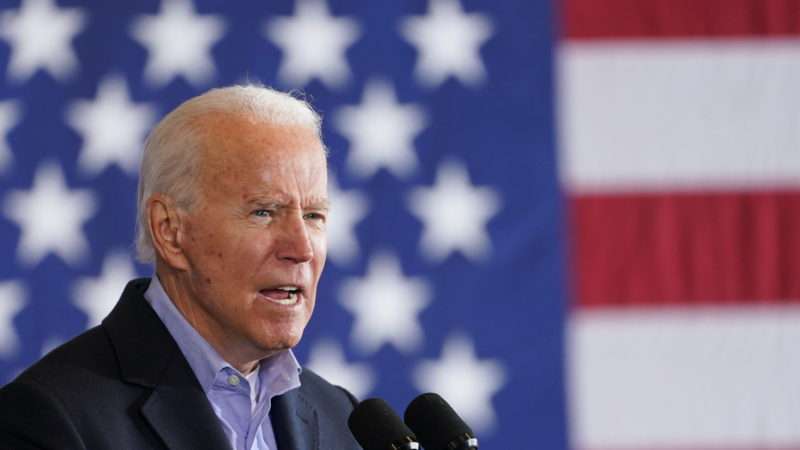 Joe Biden appeared to clinch a victory on Friday morning to become 46th president of the United States, closing out an election cycle that was dominated in the final months by debates around COVID-19, the economy, and police reform.

The Associated Press projected that Biden garnered 284 electoral votes after nabbing Wisconsin, Michigan, Arizona, and Pennsylvania, all of which voted to elect President Donald Trump in 2016. The former vice president appeared to be ahead in Nevada and Georgia, though neither state has been called at the time of this writing.

Trump has promised to pursue at least one recount in Wisconsin, which Biden won by 20,000 votes, according to the Associated Press. The White House has also filed lawsuits in Georgia, Michigan, Pennsylvania, and Nevada—though he has already lost the former two bids—and vowed to challenge the results in front of the Supreme Court, casting certain states’ mail-in ballots as illegitimate.

…..there was a large number of secretly dumped ballots as has been widely reported!

Biden’s campaign was centered around injecting decency back into the public square, as well as prioritizing affordable health care, a strong economy, and an end to the coronavirus pandemic. In some sense, his victory is a rejection of the socialist politics of his chief competitor in the Democratic primary, Sen. Bernie Sanders (I–Vt.)—though Biden also arguably ran the most liberal major-party presidential campaign in history.

Biden has been harshly critical of Trump throughout his term in the Oval Office, particularly with regard to the administration’s response to COVID-19. The former veep faulted the president for failing to establish a robust testing program, and he called for some version of a national mask mandate. (He eventually conceded that an executive order along those lines would be unconstitutional, but he has said he would pressure every governor to enact individual orders.)

In health care, Biden advocated a public option—a government-run program that would compete with private insurance. It’s a step farther than Obamacare but stops short of the Medicare for All plan championed by his running mate, Sen. Kamala Harris (D–Calif.).

If Biden fulfills all of his campaign promises, they will cost an estimated $11 trillion in new spending over the next decade. (It’s worth noting that Trump increased federal spending at a faster rate in three years than former President Barack Obama did in eight, despite campaigning on bringing down the deficit.) It’s looking increasingly unlikely that Biden will be able to carry out his agenda in full, however: Though many pundits forecasted that Biden would ride into the Oval Office on a blue wave, it’s probable that the GOP will retain control of the Senate.

On the economy, Biden has proposed a significant raise to the corporate tax rate, and he will likely reregulate much of what Trump deregulated. Though he has promised that he will not raise individual taxes on anyone who makes less than $400,000, his policies could indirectly cost jobs and hamper economic growth.

In that vein, he has supported a number of dubious economic interventions, such as California’s Assembly Bill 5 (A.B. 5), the lopsided gig-economy legislation that was supposed to compel companies to convert independent contractors into employees. It backfired, sparking a spate of layoffs across the state. After lawmakers incorporated a slew of industry exemptions, the legislation essentially targeted Uber and Lyft exclusively, though California voters just approved a proposition to exempt those companies from A.B. 5, too.

In the wake of George Floyd’s death at the hands of a Minneapolis cop, and the police reform protests that followed, Biden found himself confronting skeletons from his tough-on-crime past. As a senator, he pushed the 1994 crime bill, the broad legislation that increased penalties for drug sentences, enshrined mandatory sentencing guidelines, bolstered civil asset forfeiture, and did away with federal parole. He had a cozy relationship with police unions, which have a history of covering up bad behavior among cops at the expense of the public.

Though Biden has been reluctant to accept his full share of the blame for his role in beefing up mass incarceration, he has distanced himself from the law enforcement lobby this election and promised to be on the side of criminal justice reform. Let’s hope that’s one promise he keeps.