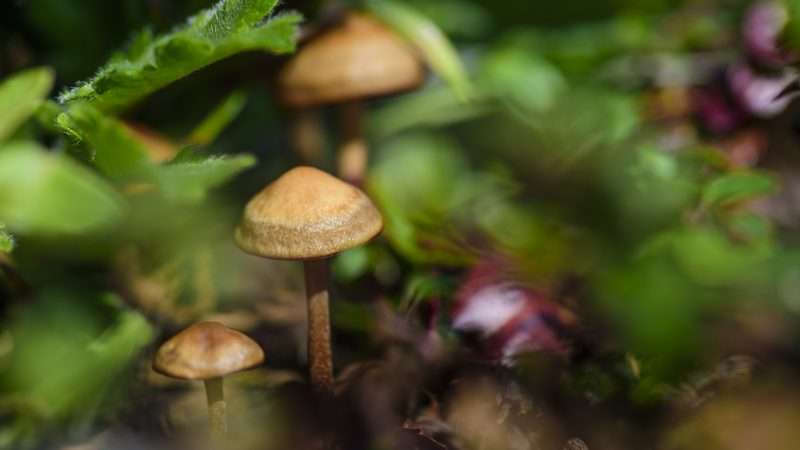 Voters in Oregon today approved a ballot initiative that makes the state the first in the nation to legalize psilocybin, the main psychoactive ingredient in “magic mushrooms.” With 70 percent of precincts reporting, 56 percent of voters favored Measure 109.

Last year Denver voters approved a groundbreaking initiative that made adult possession of psilocybin the city’s lowest law enforcement priority and prohibited the use of public money to pursue such cases. This year the city councils of Ann Arbor, Oakland, and Santa Cruz enacted similar measures, and today voters in Washington, D.C., approved quasi-decriminalization for noncommercial production, distribution, and possession of psilocybin and several other psychedelics derived from plants or fungi.

The Oregon initiative goes further, giving the Oregon Health Authority (OHA) two years to write rules for licensing and regulating “psilocybin service centers” where adults 21 or older can legally take the drug under the supervision of a “facilitator” after completing a “preparation session.” The initiative says the OHA “may not require a client to be diagnosed with or have any particular medical condition as a condition to being provided psilocybin services.”

Measure 109 was supported by several prominent Democrats, including Rep. Early Bluemenauer and half a dozen state legislators. It was opposed by the Washington County Republican Party and several medical and psychiatric organizations. A January 2019 poll commissioned by the Oregon Psilocybin Society, the organization backing the initiative, put public support at 47 percent, with 43 percent opposed and 7 percent undecided.

In 2018, the Food and Drug Administration recognized psilocybin as a “breakthrough therapy” for depression, suggesting that it may eventually be approved as a prescription drug. The Yes on 109 campaign emphasized psilocybin’s potential to “treat depression, anxiety, addiction and other mental health challenges.”

Under current law, Oregon, like the federal government, classifies psilocybin as a Schedule I controlled substance, meaning it is prohibited for all purposes. Simple possession is a misdemeanor for first-time offenders, who face up to a year in jail and a maximum fine of $6,250. Possessing 12 grams or more of psilocybin mushrooms is a Class B felony, punishable by up to 10 years in prison.