OKAY, I’M SICK AND TIRED OF THIS AND I WANT TO CALL IT OUT RIGHT NOW:
I don’t want to hear a word about Trump’s tone. I don’t want to hear a word about how he crossed a line.
I DON’T WANT TO HEAR A WORD.
Listen to me: On one side we have the left, who is running a barely alive candidate, and a woman with all the appeal of week-old fish and no accomplishments she can point to.
Add to this they almost didn’t run a campaign, AND went to the point of not having offices in most cities.
For months now, I’ve been looking at this and going “They have a coup planned. The fix is in.” And everyone told me oh, no, I was seeing things.
Tonight we watched states called for Biden before votes were counted, while states that Trump has a solid lead in, stop counting.
And if you need help seeing what’s before your eyes, the left has for weeks now claimed Trump was going to attempt a coup. How many years have you known they accuse you of what they’re doing? What are you? Stupid?
Look, they are tainted by the previous failed coups, tainted by (most if not all of them) accepting money from Xi, and FYI China ALWAYS arranges for extra compromise for security, honeypots being their favorite, tainted even by association with Epstein. A second Trump term means a good chance that they go down hard and don’t get up again.
ALL OF THEM from the left politicians to the so called “tech lords” are fighting for their lives.
They’re cornered rats. There’s nothing they won’t do.
And all we have against them is Trump.
Stop calling Trump names.  Put on your big boy or girl pants.
They’re fighting for their lives.  And we are too. Because — look at Venezuela — socialism kills.

It wasn’t a landslide Trump victory.  The margin of cheat was not exceeded.  The Republicans lose this one, they will never win another Presidential election.  Expect a lot of fireworks in Pennsylvania. 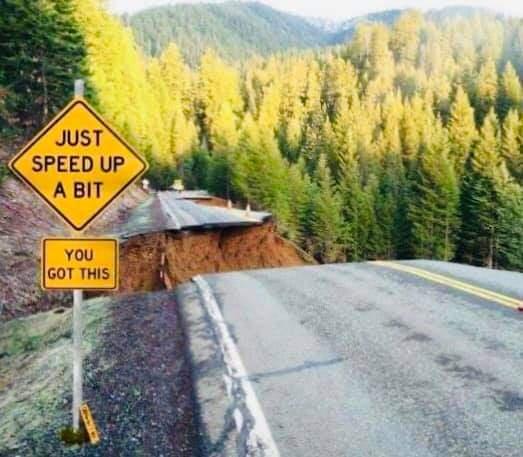