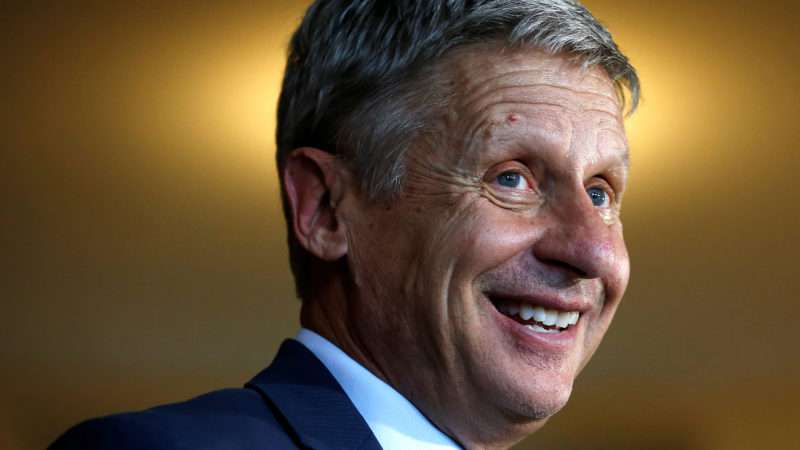 As ballot counting in most states winds to a close (except in laggardly Alaska, Illinois, New York, Maryland, and a few others), a striking pattern has already emerged: President Donald Trump, in state after state, received virtually the same percentage of the vote as he did in 2016.

In swing state Arizona, where demographics are changing and Republicans are losing their grip on statewide politics, the incumbent stands at 49.0 percent of the vote, compared to his 2016 total of…48.1. In battleground Michigan, after four years of intense campaigning, Trump’s 2016 result of 47.5 percent was fed feet-first into the woodchipper of 2020 and came out the other end as…47.9. By late Tuesday night, the expressed preference for Trump in more than half the country had changed in four years by less than a single percentage point.

What did change were two overlapping and interrelated sets of numbers. The share of third-party/independent presidential voters plummeted by nearly four percentage points since 2016, from 5.7 to 1.8, while Joe Biden exceeded Hillary Clinton’s haul nationally by 2.6 percentage points and climbing steadily, as the populous blue states continue to pad his lead.

So while Michigan, for example, was delivering essentially the same results for Trump as four years ago, the Great Lakes State was subtracting 3.6 percentage points from third-party candidates, and adding 3.2 to Biden (that’s a 90 percent “Excess Vote” rating, for those who enjoy made-up stats). Arizona has a similar story: down a combined 4.6 for the marginal names, up 4.3 for the Democrat; 92 percent E.V. All over the country, the president was able to bring out more of his voters, but with only a handful of exceptions was unable to expand on his core share of support by persuading fence-sitters to choose the Republican side.

Pre-election polls predicted this—2016 third-party voters, and specifically Libertarians (who made up 57 percent of the third-party electorate that year), repeatedly said that a majority of them were going straight, and preferred Biden to Trump by more than two to one. There were 7.8 million third-party voters last time, and just 2.7 million this time, so any strong lean by the remaining 5 million-plus was always going to dwarf whatever impact partisans may attribute to “spoilers.”

Some Republicans have been mad online that Libertarian presidential candidate Jo Jorgensen’s vote totals exceeded Biden’s margin over Trump in Arizona (by 1.12 percentage points), Georgia (by 0.95), Wisconsin (0.54), and Pennsylvania (0.47). But those numbers pale in comparison to the products of this formula: Biden’s percentage point gains over Clinton, minus Trump 2020′s gains over Trump 2016, minus the drop in the third-party vote.

The president-elect trounced Trump in that category by 3.93 percentage points so far in Arizona, 2.35 in Georgia (actually more, but I’ll explain in a moment), 1.40 in Pennsylvania, and 1.39 in Wisconsin. Third-party voters in 2016 had more impact on the two-party race in 2020 than any third-party voters in 2020 ever could.

The Georgia count is interesting on two fronts. One, it’s a reminder that these aren’t simplistically reassigned votes from 2016; every electorate is different, and there were certainly many voters who went straight from Republican to Democrat without making a pit stop in LibertarianGreenConstitutionKanyeLand. So in fact Biden in the Peach State is up 3.88 percentage points over Hillary Clinton, and Trump is down 1.54 from last time, the latter a pretty unusual occurrence outside of the northeast. Since the third-party decline in Georgia was just 2.35 points, I awarded only that amount of excess to Biden, but there are definitely some other significant factors affecting and accelerating that change.

Georgia is also one of the handful of states whose 2016 third-party electorate was overwhelmingly (about 85 percent) Libertarian. A very curious thing happened in such jurisdictions: Compared to the rest of the country, their decline this year in third-party voting was lower, and their Excess Vote for Biden was higher.

In Oklahoma, for example, all 5.75 percent of third-party voters in 2016 went for Gary Johnson. In 2020, the state’s third-party decline of 59 percent, down to 2.33 percentage points, was actually one of the lowest in the union (the national average being closer to 68 percent). Still, Trump got almost no measurable bump from third-partiers coming back in from the cold, finishing at 65.37 percent of the vote, compared to 65.32 in 2016. Similar stories can be told in Indiana and South Dakota.

What’s the analytical upshot, even with the caveat that we’re still blindly groping the elephant of this election? One is that voters for the Libertarian Party (L.P.) have greater propensity at this moment to stick: The L.P. lost 64 percent of its voting share from 2016, compared to 73 percent for the Constitution Party and 78 percent for the Green Party.

The other is that, at least in the unusual third-party spike year of 2016, people who formerly voted for Libertarians (which, it’s always important to remember, outnumbered actual members of the party four years ago by around 5 to 1), are not just Republicans who got high for an election only to sober up next time. They’re more loyal to the quixotic dream than voters of other small parties, and they have demonstrated zero propensity to prefer the GOP. At least in this election, with this president.

To the extent that ex-Libertarian voters pulled the lever this time for Biden, it wasn’t because of his proposals on spending, taxes, regulation, Section 230, the Supreme Court, or a hundred other things. If there is any libertarian case for Biden, it’s situational, and that situation ends on January 20. All foolish talk of a “mandate” should include a clause about how the former vice president probably couldn’t have gotten over the hump without Gary Johnson’s voters. Good luck keeping those types in the coalition.

Every minute of every day is filled with people—including not a small number who describe themselves as at least somewhat “libertarian”—telling you that it’s A Time for Choosing, time to put on your big boy pants, time to declare your unwavering opposition to Party X or Party Y. Don’t you recognize authoritarianism and/or statism when you see it?

One of the enduring if low-key quirks of this election is that there appears to be a cat-herd of at least 1 percent of the population who appear unswayed by such appeals, with an extra 2 percent who don’t exhibit reliably pigeonholeable behavior. That, by definition, will be frustrating to most people passionate about politics. But from my admittedly marginal perspective, if the two major parties are going to rebuke most libertarian ideas, better to have the swing vote wearing a capital-L on its sweater.