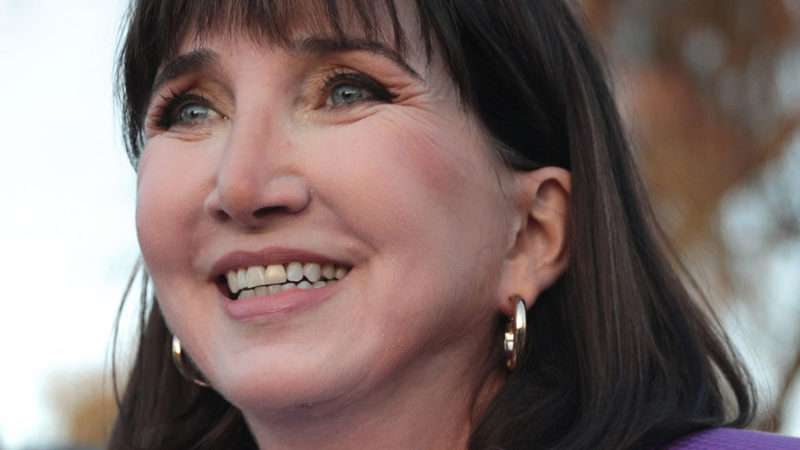 “If it holds,” former Wisconsin Gov. Scott Walker (R) tweeted out the morning after Election Day, “@LPNational candidate got 38,000 votes in Wisconsin and margin between @JoeBiden and @realDonaldTrump is less than 21,000 votes.” Then, because this was the modern Republican Party, Walker illustrated his exasperation with a beer commercial GIF.

You had to squint long and hard at the data during the seemingly endless 2020 election to discern any potential “spoiler” effect by the L.P. nominee or other nontraditional candidates, from rapper Kanye West to blockchain entrepreneur Brock Pierce. Libertarian Ricky Harrington Jr.’s longshot dream of unseating interventionist Sen. Tom Cotton (R–Ark.) in a race with no Democrat fell 32 percentage points short. Not one single third-party gubernatorial candidate got more votes than the margin between the top two candidates—not even the otherwise impressive anti-lockdown Libertarian Donald Rainwater, who captured 12 percent in Indiana’s gubernatorial race.

Libertarian presidential nominee Jo Jorgensen, a little-known Clemson University psychology lecturer and 1996 L.P. vice presidential candidate, had a massive fund-raising disadvantage compared to her 2016 predecessor Gary Johnson—$3 million vs. $12 million—and was given just a fraction of the attention by pollsters and the media in her race against major-party candidates Joe Biden and President Donald Trump.

All of which was logical enough in a highly polarized political environment that chewed up and spat out all third-party comers during the unprecedentedly high-turnout 2018 midterm elections. When voters are keyed up to play defense against the team in or near power, the ranks of Libertarians, Greens, and independents all shrink.

That’s why Jorgensen’s vote total of (at press time) 1.2 percent, even while amounting to just a third of Johnson’s 2016 haul, was so impressive. With no name recognition, no money, and no media, the Jorgensen campaign helped cement the L.P.’s decadelong transformation into the third party in the United States.

The Libertarian beat Green Party nominee Howie Hawkins, plus West and all other non-major-party comers, in all 50 states and the District of Columbia. (It was the fifth time the L.P. candidate made it onto 51 ballots, which only Democrats and Republicans had previously accomplished.) Jorgensen produced the party’s second-highest all-time vote total, its second-highest voting percentage, and its highest-ever share (70 percent) among presidential voters who shunned the major parties.

This is the third consecutive election in which Libertarians have won the bronze medal, the most impressive third-party record since before World War II. The L.P. now has a commanding lead over the Greens in party registration—650,000 to 240,000 as of October, according to Ballot Access News. And yet you can almost hear the ghost of former Green Bay Packers coach Vince Lombardi saying, “There is only one place in my game, and that’s first place.”

Libertarians will soon have more than 200 of the country’s 6,600 or so elected officials, including freshly victorious Wyoming statehouse member Marshall Burt, and until January they have the party’s first-ever member of Congress, Justin Amash of Michigan. Still, in a two-party system, “We’re No. 3!” is hardly the most rousing of chants. Most consumers of politics are impatient to know how the misfits will impact the main event. So is Scott Walker right to imply Jorgensen helped flip Wisconsin to Biden?

The short answer is that we don’t yet know; exit polls were just being published as this issue went to the printer. We do know from the 2016 exits that about 25 percent of Johnson voters said that, had a Libertarian not been on the ballot, they would have voted for Hillary Clinton, 15 percent for Trump, and 55 percent not at all. We further know, from 2020 preelection and exit polls, that a solid majority of third-party voters from 2016 said they were choosing Biden, compared to around 20 percent for Trump.

What seems likeliest, if a bit tautological, in this extraordinary year of pandemics and political violence, is that the roughly 1 percent of the electorate who dependably vote Libertarian are neither latent Republicans nor closet Democrats but, well, libertarians—with a distinct political identity unto themselves, impervious to insincere wooing from big-government politicians. Helping foster that identity might be the L.P.’s biggest victory yet.