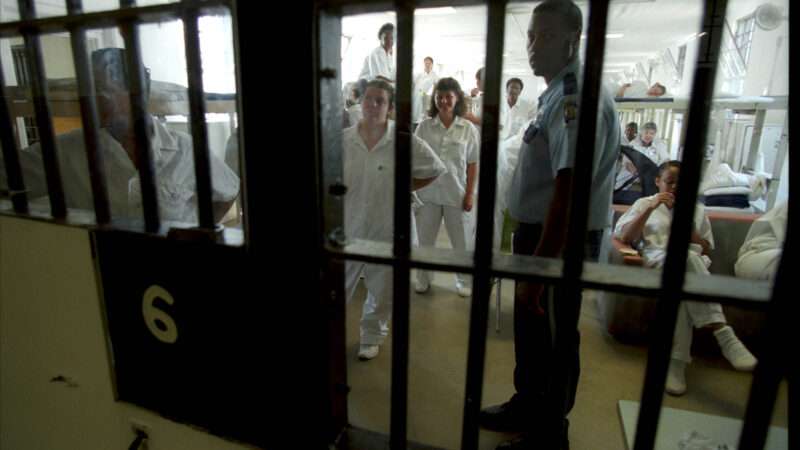 After more than a year of warnings that Alabama’s gore-soaked prison system violates the Constitution, the Justice Department filed a lawsuit against the state on Wednesday for its failure to prevent violence and sexual assault against incarcerated men.

The Justice Department’s Civil Rights Division alleges in its civil rights complaint that Alabama’s prison system for men is overcrowded, unsanitary, and that it is deliberately indifferent to the frequent and often deadly assaults against inmates, violating the Eighth Amendment and the 14th Amendment of the Constitution.

“The United States Constitution requires Alabama to make sure that its prisons are safe and humane,” Assistant Attorney General Eric Dreiband said in a press release announcing the lawsuit. “The Department of Justice conducted a thorough investigation of Alabama’s prisons for men and determined that Alabama violated and is continuing to violate the Constitution because its prisons are riddled with prisoner-on-prisoner and guard-on-prisoner violence. The violations have led to homicides, rapes, and serious injuries. The Department of Justice looks forward to proving its case in an Alabama federal courtroom.”

The suit follows a scathing 2019 report by the Justice Department’s Civil Rights Division that detailed disgusting living conditions, “an excessive amount of violence, sexual abuse, and prisoner deaths,” and indifference by staff to the lives of their wards.

The Justice Department put the state on notice again this July with another report that documented allegations of excessive force against inmates by staff, including two incidents that led to deaths. Media investigations have also documented the wanton violence inside Alabama prisons.

However, the Justice Department says that more than 20 months of negotiations with Alabama state officials have failed to lead to a settlement that would fix the problems identified by its investigation.

Alabama Attorney General Steve Marshall said in a statement to media that the lawsuit was “brazen federal overreach.”

“This move both discounts the hundreds of hours that have gone into settlement negotiations thus far and disregards the immense progress that the State has made in improving our prisons since DOJ first released its findings in early 2019,” he continued.

Alabama is not alone, either. In January, the Justice Department also launched an investigation into gruesome violence and wretched facilities in Mississippi prisons, following a string of deaths and years of deteriorating conditions.

Alabama Gov. Kay Ivey said the lawsuit was “disappointing news, as the state has actively been negotiating in good faith with the Department of Justice following the release of its findings letters.”

The state of Alabama is pursuing plans to build three new prisons.