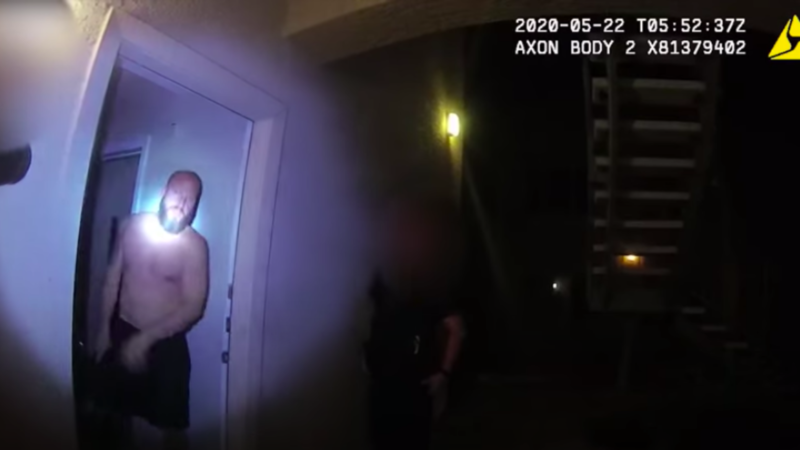 The Phoenix City Council on Wednesday unanimously agreed to pay $3 million to the family of Ryan Whitaker, who was shot several months ago by police investigating a noise complaint and who did not receive immediate medical assistance after the incident.

Taxpayers will be footing the bill. Taxpayers are also footing the bill for the salaries of the cops—Officer Jeff Cooke, who pulled the trigger, and Officer John Ferragamo, who too was on the call—as they are both still employed by the Phoenix Police Department (PPD).

On May 21 of this year, Whitaker’s upstairs neighbor called in a noise complaint: “I have a domestic dispute going on…and I can tell they’re just at each other’s throats down there,” a man is heard saying on a 911 call. “I hear slamming of doors, and—I don’t know, somebody could be getting thrown into a door for all I know, but I hear all kinds of banging.”

They were playing Crash Bandicoot, a video game, according to Whitaker’s girlfriend.

When the officers arrived at Whitaker’s apartment, no noise can be heard coming from the unit—potentially an indication that the complainant exaggerated the perceived danger.

Whitaker answered the door with a firearm at his waist, which he legally owned, and can be seen in the body cam footage immediately getting on his knees in surrender. Cooke then shot him twice in the back.

In voting to approve the $3 million settlement, Phoenix City Councilman Sal DiCiccio zeroed in on what came next: “We don’t know if he would have lived or not,” he said, according to the local Fox affiliate, “but the fact of the matter is it showed a strong callousness from those individuals that were there to not immediately call for [medical] help.” The outfit describes DiCiccio as “usually vocal on his support of law enforcement.”

Ferragamo is back on patrol, while Cooke is reportedly in a non-enforcement position. No criminal charges have been filed against them.

The PPD has developed somewhat of a sordid track record of late. The city shelled out $475,000 to Dravon Ames and his family after police brandished their weapons and threatened to shoot him and his pregnant fiancée when their 4-year-old daughter shoplifted a Barbie from a Family Dollar store in May 2019. “I’m gonna put a fucking cap right in your fucking head!” a cop can be heard saying in video footage captured via a bystander. That same officer, Chris Meyer, is seen kicking Ames after he had been handcuffed, and the family’s suit alleges the officer punched Ames “very hard in the back for no reason.” Meyer has since been terminated.

And in August of this year, Ramon Lopez died after a group of cops pinned him down on hot asphalt for several minutes, streaking his back with what appear to be burns. He was reported for loitering in a parking lot, “sticking his tongue out,” and “looking at people’s cars.”

All three instances provide a gruesome window into excessive force. But they also put forward an important lesson on the potential effects of overcriminalization—particularly in Whitaker’s and Lopez’s cases—where armed agents of the state are routinely relied upon not only to address violent crimes, but to investigate minor inconveniences.