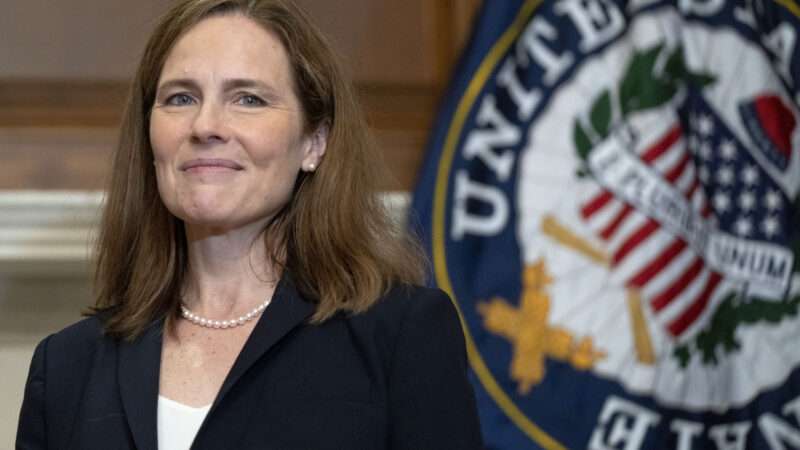 The Supreme Court has continued to largely evade cases about the Second Amendment since the one-two punch of 2008′s D.C. v. Heller (which declared the amendment protects an individual right to possess commonly used weapons for self-defense in the home) and 2010′s McDonald v. Chicago (which extended that reasoning to state and local laws).

Three of the suits aim at laws in three states restricting people’s ability to carry their guns outside the home, an issue left unresolved by Heller. One, Bennett v. Davis, filed in U.S. District Court for the District of New Jersey, insists that the citizen plaintiffs “have a fundamental, constitutionally guaranteed right to carry loaded, operable handguns on their person and outside their homes, including in their vehicles, places of business, and otherwise in public, for the purpose of self-defense.”

New Jersey law makes it a second-degree felony to carry a gun in public without a carry license. Such licenses are by state law issued at the discretion of police and generally require proof that you have a “justifiable need,” meaning an “urgent necessity for self-protection, as evidenced by specific threats or previous attacks which demonstrate a special danger to the applicant’s life that cannot be avoided by means other than by issuance of a permit to carry a handgun.”

The lawsuit does acknowledge the bad news for arguing that this particular law violates the Second Amendment: Similar arguments were made against New Jersey’s carry permit laws in a case called alternatively Drake v. Filko and Drake v. Jerejian. Those arguments lost in the 3rd U.S. Circuit Court of Appeals, and the Supreme Court in 2014 declined to take up the case.

This June, the Court declined certiorari in another challenge to New Jersey’s permit law, Rogers v. Grewal. In dissenting from the Court’s decision not to take up that case, Justice Clarence Thomas complained, rightly, that the Supreme Court, by largely ignoring chances to refine or extend its Heller analysis, has let various lower courts run roughshod over the Second Amendment by inventing lower standards of scrutiny not set forth by the Court, resulting in various “analyses that are entirely inconsistent with Heller.”

Still, this new suit insists when properly considered, “under the text of the Constitution, our Nation’s history and tradition, and the Supreme Court’s precedents, [New Jersey's carry permit laws should] be declared unconstitutional and enjoined so that Plaintiffs and law-abiding individuals like them can exercise their constitutional right to bear arms—both inside and outside of their homes.”

Law-abiding citizens have a fundamental right to bear arms—including, specifically, operable modern handguns—for the “core” purpose of self-protection. The only way that a private citizen can exercise this right in New York City is by obtaining a license from the New York City Police Department. To obtain this license, the person must (among other things) meet a highly restrictive “proper cause” standard that requires a showing of special or heightened need. This standard acts to ban all typical and average law-abiding citizens from obtaining licenses as they, by definition, are not able to show special or heightened need. However, all people, not just those with special or heightened needs, have a fundamental right to bear arms by carrying handguns, away from their homes and in public, for the purpose of self-defense.

As with the Jersey case, this suit insists that a rational assessment of the meaning of the Second Amendment as established in Heller should knock down the New York law that makes “the unlicensed possession of a handgun and ammunition away from one’s home or place of business…a class C felony, subject to a mandatory minimum sentence of 3.5 years” with that license only obtainable by presenting a “proper cause” to the police, since “the Defendants have prevented Plaintiff Greco and virtually all other typical or average people from obtaining the license that is needed to exercise the right to bear arms for its core purpose, self-protection, while in the City of New York.”

In a third suit filed in November by SAF, Call v. Jones, Maryland’s carry permit laws are challenged on similar grounds, insisting that “Maryland has made clear that a general desire to carry a handgun for the purpose of self-defense—’the central component’ of the Second Amendment [as per Heller]—is not a sufficiently good reason to exercise the right. Instead, according to Maryland, an ordinary citizen must provide documented evidence of concrete threats or recent assaults to obtain a permit from the state to carry a handgun in public.”

Various federal appeals courts have come to a variety of different decisions on this question of restricting the right to bear arms outside the home, including the 9th Circuit’s decision in 2016′s Peruta v. San Diego that declared concealed carry can be constitutionally prohibited, the 7th Circuit’s 2012 Moore v. Madigan which overturned an Illinois law unduly prohibiting citizens carrying guns outside the home, and the ongoing Young v. Hawaii case in the 9th Circuit, which in an earlier iteration (that many expect to be overturned by the Court en banc) protected open carry as a right not open to quick abridgment under the Second Amendment.

Carry permit laws are not the only ones the SAF hopes might eventually come before a Supreme Court with Barrett on it. Lawsuits in November also challenged California’s regulations that restrict legal gun purchases to a state-produced roster of acceptable weapons (Renna v. Becerra) and Louisiana’s regulations that prevent people ages 18-20 from purchasing guns (Reese v. BATFE).

The Firearms Policy Coalition, which is working with SAF on some of the above lawsuits, has also filed some fresh suits, including Cowey v. Mullen, which challenges Pennsylvania’s coronavirus-related closure of its division that processes gun permit requests.

Adam Kraut, a laywer with the Firearms Policy Coalition, says in a phone interview yesterday that he’s not discouraged by past anti-Second Amendment decisions from federal appeals courts. Kraut is encouraged by Justice Clarence Thomas’ frequent complaints that the lower courts are “treating the Second Amendment as a second-class right, and you shouldn’t do that.”