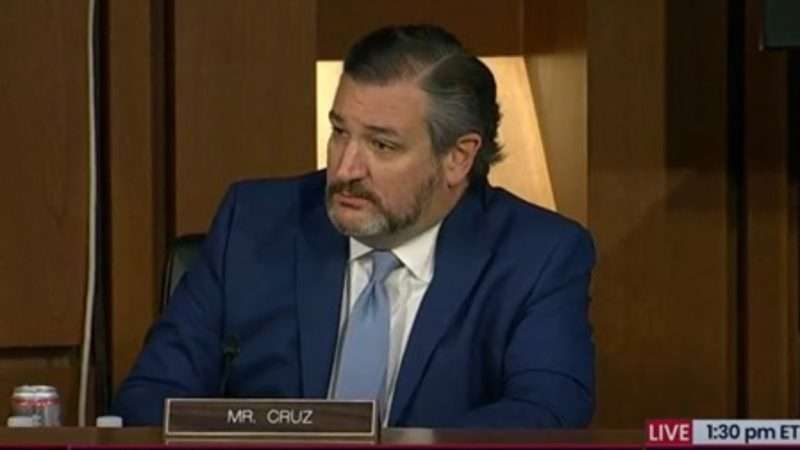 On Friday, GOP Senator Ted Cruz blocked a bipartisan bill that would have granted political asylum to residents of Hong Kong, fleeing China’s increasingly oppressive rule there. Reason writer Eric Boehm has an excellent article critiquing Cruz’s lame rationale for his actions. Among other things, he points out that the same theory would have justified keeping out Cruz’s own father (who came to the US as a refugee from Cuba):

First, Cruz politicized the attempt to provide an exit strategy for Hongkongers, calling the bill a Democratic plot to “advance their long-standing goals on changing immigration laws.” But the bill has a bipartisan list of cosponsors and passed the House earlier this month by a voice vote—usually an indicator of such broad support that no roll call is demanded.

Second, Cruz maligned Hong Kong refugees as potential spies, arguing that China would use the special immigration status to slip its agents into the United States. Except, well, China doesn’t seem to have any trouble doing that already, and recipients of political asylum would have to undergo a background check before their status is granted. If anything, the bill’s passage would ensure that immigrants from Hong Kong to America are subject to more vetting than they might otherwise receive.

Again, Cruz’s father’s story stands in stark contrast. Prior to fleeing to America, Rafael Cruz had worked for the Castro government in Cuba [small correction: he actually supported Castro before the latter came to power, but later recanted those views after coming to the United States]. If Ted were a member of the U.S. Senate at the time, would he have viewed his own father as a potential spy who should not be trusted with political asylum?…

Cruz’s biography aside, there is a more important and obvious point. Granting political asylum to Hongkongers looking to flee China is absolutely the right thing for the United States to do, politically and economically.

Politically, the image of tens of thousands of Hongkongers fleeing China’s takeover of the city by relocating to the United States would be an international humiliation for the regime in Beijing. That’s why China has tried to stop the United Kingdom from extending special immigration status to residents of Hong Kong—and the U.K. has responded, correctly, by turning its passport-making machines up to 11.

Economically, China’s loss would be America’s gain. An influx of people from Hong Kong—and the knowledge, skills, money, and entrepreneurship they would bring—would be an economic boon for the United States, particularly if they resettle in areas where the population is stagnant or declining.

Instead of seizing that opportunity, America got the spectacle of a child of a political refugee slamming a door in the face of people seeking the same opportunity that his own father once received.

I would add that the anti-espionage rationale could be and often has been used to bar refugees from almost any oppressive regime hostile or potentially hostile to the US. Among other things, it was one of the justifications used for barring Jews fleeing Nazi Germany in the 1930s. This is one of many objections to expanding migration rights that can easily be addressed by “keyhole solutions” that deal with potential problems by more targeted and less draconian means than keeping people out. We can simply vet people before giving them access to classified information, as is routinely done with native-born Americans applying for jobs with security clearances.

If the fear is that Hong Kong refugees might give the Chinese government information that isn’t classified, but instead is readily available to the public, that is something Chinese intelligence (and other adversaries) can easily obtain anyway. One of the costs of having a generally free society is that anyone who wants to—including foreign powers—can easily obtain a wide range of useful information. But this disadvantage is outweighed by the may benefits of openness, as proven by the success of relatively free societies in outcompeting closed authoritarian and totalitarian states.

In this May post, I offered a more detailed defense of accepting Hongkongers -and of extending that openness to mainland victims of Chinese government oppression (some of whom have suffered far worse atrocities than anything yet seen in Hong Kong). In that post, I also address a range of other objections to opening the door to Chinese refugees, including claims that it might spread the Covid-19 virus, and that it would be unfair to privilege Chinese refugees over those facing comparable oppression elsewhere. Among other things, I highlighted how too many conservatives—including, now Cruz, who has especially strong reason to know better—have forgotten the lessons their ideological forbears learned during the Cold War:

During the Cold War, American conservatives readily understood that welcoming refugees from Cuba, the Soviet Union, and other communist nations was a major boost to America’s prestige and a blow to that of the communists. The better political system is the one people “vote with their feet” to live under, not the one many risked their lives to flee. I myself was one of the fortunate beneficiaries of this understanding.

Tragically, today many conservatives have lost sight of what their predecessors knew. Instead of welcoming Chinese, they foolishly want to make it harder for them to come, by, for example, barring Chinese students from studying STEM subjects at US universities (after which many seek to stay in the US and continue contributing to the economy and our technological development). It is almost as if these supposed China hawks would prefer for the brutal Chinese government to retain control over as many talented people as possible….

We can, if we choose, once again be the nation that even the populations of our adversaries can aspire to join. That’s a much better image than being the nation that closes its doors to almost all migrants and refugees seeking permanent residency, and brutally separates families at the border. Not only is the former nation more just than the latter. It also has a much better chance of effectively countering China in any geopolitical competition, and winning world opinion over to our side.