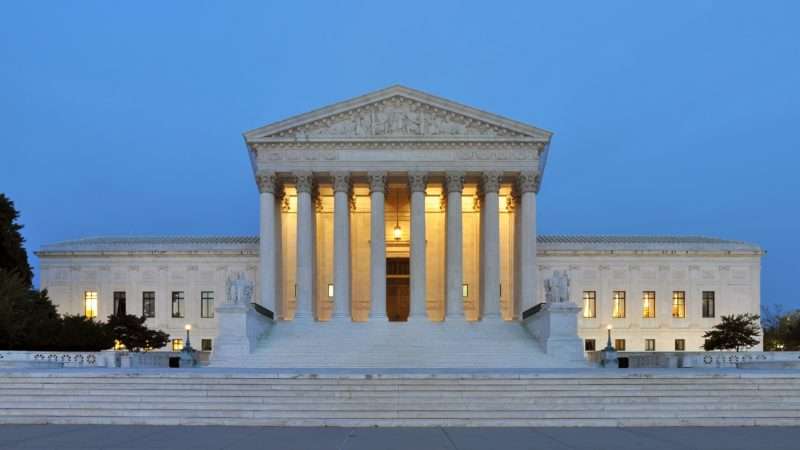 I agree with almost everything that co-blogger Jonathan Adler says in his excellent post about tonight’s decision. He’s especially right to emphasize that the ruling is unanimous, in the sense that all nine justices oppose granting Texas the extraordinary relief that it sought. Justices Alito and Thomas differ with the majority only on the issue of whether the Court has the power to deny leave to file a complaint in an “original jurisdiction” case where one state is suing another. That is an important technical issue that has arisen in previous cases, and is likely to reappear again. But it has nothing to do with merits of Texas’ arguments. As I explained in an earlier post, denying leave to file a complaint was probably the simplest and easiest way for the Court to dispose of this case quickly, and this maybe why the justices chose this approach.

It is also significant that all six conservative justices—including all three of Donald Trump’s own appointees—voted with the majority. Indeed, none of the three Trump appointees (including the recently appointed Amy Coney Barrett, whom Trump said he wanted to get confirmed quickly in part for the purpose of dealing with election disputes) even went so far as to agree with Alito and Thomas’ view that Texas should be allowed to file its complaint (even if only to be immediately rejected). This undermines both Trump’s own expectation that his appointees should just do whatever he wants, and fears by some on the left that they might do just that. Unlike all too many GOP politicians, the conservative justices showed tonight that they are neither Trump toadies, nor partisan hacks, and reaffirmed the Court’s independence.

Tonight’s decision also indicates that Alito and Thomas are unlikely to get a majority for their position on original jurisdiction cases anytime soon, even though there is a solid case that it might be right. None of the other seven justices seems to agree with them.

I am a bit disappointed that the Court chose standing as the basis for their decision to deny leave to file. For reasons I have indicated previously, I am no fan of the modern doctrine of constitutional standing, and believe that it should be rolled back, and perhaps even completely eliminated. That said, the justices were right to conclude Texas lacks standing under the doctrine as it currently exists. The reasons why are well explained in briefs filed by the defendant states in the case. It was never likely that the Court would fundamentally rewrite the doctrine of standing in a case like this.

I do worry that the Court’s decision to reject the case on procedural grounds will give more fuel to Trumpist claims that the plaintiffs were actually right on the merits, and that Texas would have won if only the justices had been willing to take up its claims. Texas’ position had numerous substantive flaws, as well. But committed partisans are likely to be ignore that or be unaware of it.

More generally, I fear that tonight’s ruling won’t stem the dangerous tide of conspiracy-mongering about the election by Trump and many of his allies, and it won’t prevent a good many of his supporters from continuing to believe such claims. That said, the Supreme Court cannot be expected to solve all the flaws of our screwed-up political discourse. The justices’ job is much narrower than that. And tonight they did it well.