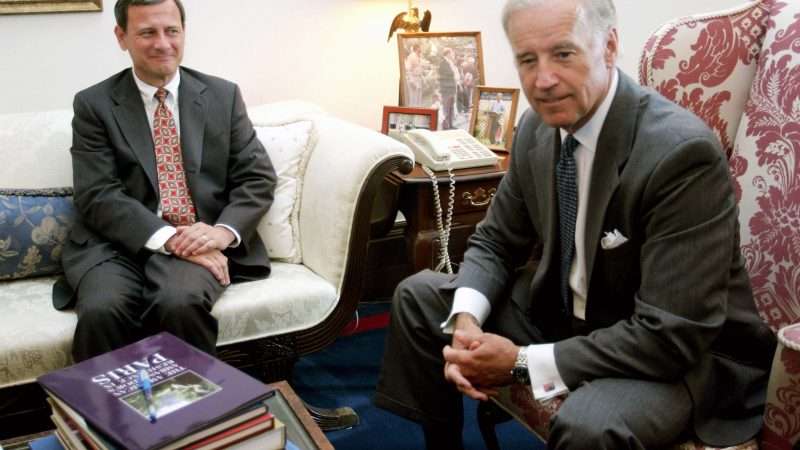 At issue in the case was the legality of the single-director structure of the Consumer Financial Protection Bureau (CFPB). Although appointed by the president to a five-year term, the director of the CFPB did not technically answer to the executive branch and could only be fired for “inefficiency, neglect of duty, or malfeasance.” In other words, the president was forbidden from firing the CFPB director for purely political reasons, such as policy disagreements.

The Supreme Court found that structure unconstitutional. “The CFPB Director has no boss, peers, or voters to report to,” observed Chief Justice John Roberts. “Yet the Director wields vast rulemaking, enforcement, and adjudicatory authority over a significant portion of the U. S. economy. The question before us is whether this arrangement violates the Constitution’s separation of powers.” The majority held that it did.

Is that a “far right” decision? If so, President Joe Biden joined the vast right-wing conspiracy this week when he used Seila Law to advance his own agenda.

“As requested by the Biden administration, today I resigned as Director of the CFPB,” wrote Kathy Kraninger, the Donald Trump-appointed head of the bureau. She “announced her departure via Twitter roughly an hour after Biden was inaugurated as the 46th U.S. president,” noted The Hill. Thanks to Seila Law, Biden was free to push her out and pick his own nominee to head the agency.

This little episode illustrates one of the problems with viewing the behavior of the Supreme Court in simplistic left/right terms, as folks like Sheldon Whitehouse tend to do. Namely, that sort of viewing often misses the full implications of the Court’s actions. After all, it was pretty clear that future presidents of both parties stood to gain in this particular case. As I noted when the ruling came down last year, “Here’s one potential real-world impact of today’s decision: If Joe Biden wins the presidency in November, he will be free to fire the bureau’s Donald Trump–appointed director for purely political reasons.”