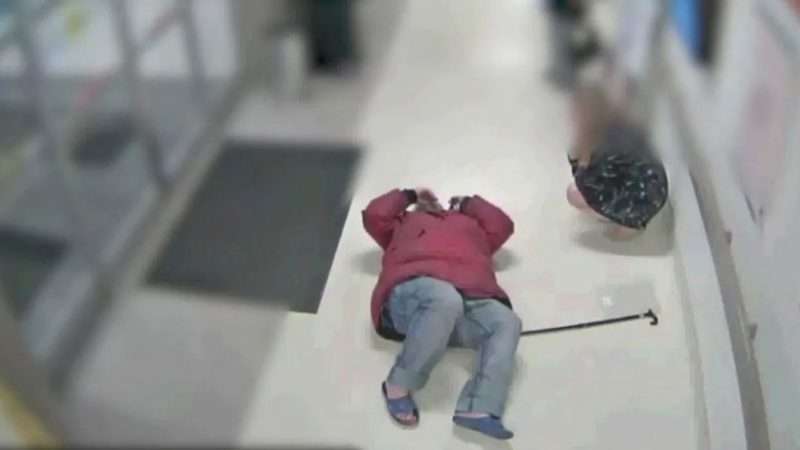 David Pontone went to Humber River Hospital, a public hospital in Toronto, complaining of excruciating pain in his legs. But as soon as staff discovered he had been diagnosed with bipolar disorder, they began to treat him for that, not his pain, even though he told them he’d had his bipolar disorder under control for seven years with medication. Eventually, they ordered him out of the hospital. Video shows him crawling out of the hospital with a nurse walking along with him, offering no help. “The nurse kept saying, ‘You’re a big boy! You’re strong! Come on, big boy, stand up!’” said Pontone. A few days later, he saw a psychiatrist, who quickly determined his problems weren’t mental. That doctor sent him by ambulance to another hospital, where a neurologist found Pontone had Guillain-Barré Syndrome, an immune disorder. It took two years and an order by the provincial privacy commission to get the hospital to release the video of Pontone being forced to crawl out of the hospital.