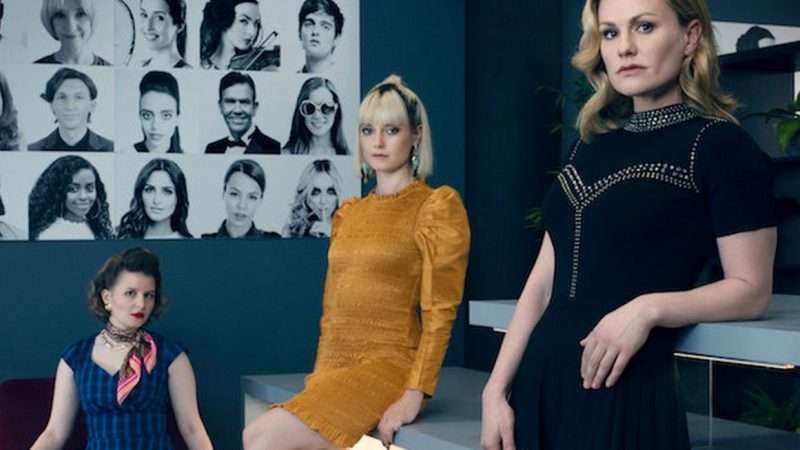 What can I tell you about Robyn? She’s an American working in at a crisis-management publicity agency in London. (Except nobody the word “crisis” is never spoken aloud. “We call them challenges,” she explains to a new staffer.) She spends her days constructing fake weddings, fake breast cancer, fake dog-walking and real dick pix to distract dimwitted reporters (and sometimes even dimwitted police) from the genuine scandals and setbacks of the celebrity world.

When an intern tries to remember who is the target on one complicated disinformation scheme complicated scheme—mistress, wife, or client himself—Robyn counsels her not to overthink it: “In the future, just assume we’re lying to everyone.”

That’s the world of the PR gangstas of Flack, a British-made drama making its sort-of debut this week on Amazon Prime. (Two seasons have already aired on Great Britain’s cable channel W, so if you live in London, stop reading this at once. And don’t post any spoilers in the comments, either, wanker.) Ruthless, cynical and epically mendacious, Robyn and her colleagues are either ghastly avatars of post-modernist truth, or appalling examples of the level of sleaziness that to which television programming has now descended, or maybe both. Either way, they’re quite fascinating as long as you remember to have yourself steam-cleaned after each episode.

Robyn is portrayed by Anna Paquin, who a few years back on True Blood played an amiable psychic with a sexual yearning for vampires and werewolves, a character practically normal compare to this one. Robin’s professional moral compass spins like a GPS with a broken microchip—she makes her team create a fake lesbian sex tape for a fading teenage pop star in hopes that it will divert public attention from the fact that the girl’s recording contract has just been canceled.

The weapons of mass distraction that Robyn unleashes at work inevitably leave her personal in rubble as well. She’s trying to have a baby with her boyfriend, but secretly taking birth-control pills to prevent getting knocked up by her quickie trysts with clients. Not to mention making her umpteenth attempt to dry out—except for red wine, Jagermeister and cocaine. She delivers a scorching  #MeToo rant to a TV-star client—”You haven’t been told since you’re eleven that every male you encounter has the potential to rape and murder you,” she begins, “followed by a life of pre-sexualization, cat-calling and slut-shaming that fills you with so much guilt and fear that when you’re 16 and some kid starts choking you during sex, either with hands or his penis because he saw that in a bunch of porn, you assume that it must be you who got it wrong” —then follows it with a plaintive appeal: “Why haven’t you tried to sleep with me?”

Her work crew is no less unhinged, starting with best friend Eve (Lydia Wilson, Star Trek Beyond), who prefers to be known as The Notorious VAG and introduces herself by saying things like “I only buy handbags made by free-range children.” Their boss, Caroline (Sophie Okonedo, Ratched), seemingly can’t compete a sentence without threatening to fire someone. Guileless intern Melody (Rebecca Benson, The White Princess) mostly serves as everybody else’s punching bag.

Flack is something like a gender-reversed version of Showtime’s Hollywood-fixer drama Ray Donovan, minus all the gunplay and fistfights, and it also has faint echoes of FX’s inside-the-tabloids Dirt. Those shows, however, offered at least some fleeting glimpses of humanity in their characters. The women of Flack are relentlessly savage: in their disdain for their wayward clients; in their open contempt for the stupid and greedy journalists they use as pawns in their schemes; and in their off-handed manipulation of their husbands and boyfriends.

This is all very entertaining. Flack will undoubtedly win the Emmys for Bitchiest Dialogue and Best Puking Sound Effects. (All that cocaine and alcohol has to go somewhere.)

But it also offers the bleakest worldview of humanity since snuff films were allegedly a thing in the 1970s. “I’m trying to be better,” a darkly contemplative Robyn confesses at the end of another long day of lying and laceration. “But what if I don’t actually have better in me?” If?