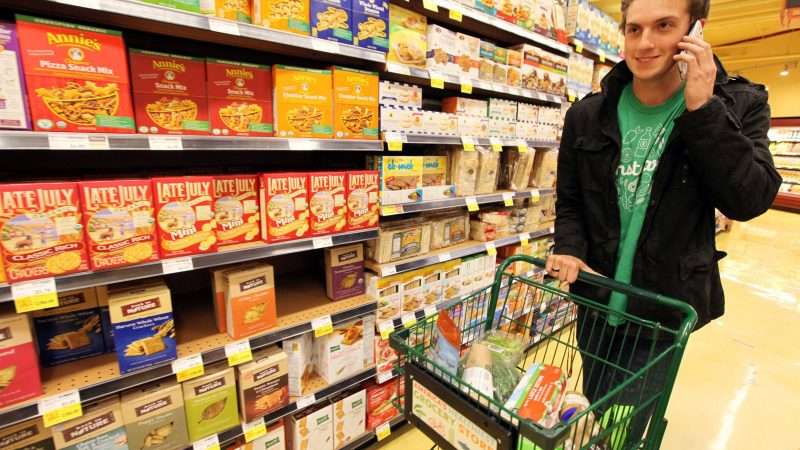 “Instacart is firing every employee who voted to unionize,” declared The Verge yesterday, in a tweet that’s since gotten more than 13,500 retweets and 12,100 likes.

“Deleting my @Instacart app right now,” responded actor Steven Pasquale in one typical response. “There are few companies as evil as Instacart,” author Dan Price opined in another.

I’ll hazard to guess that they hadn’t clicked through to The Verge‘s full article. If they had, they would see how dishonestly the publication (and others) framed the Instacart story in an attempt to make it seem like employees were fired in retaliation for unionizing.

It’s not that The Verge‘s statement about fired union employees is factually wrong—all 10 Instacart employees in Skokie, Illinois, who voted in early 2020 to unionize have been fired, according to the United Food and Commercial Workers Local 1546.

But Instacart also fired about 1,990 other employees, too.

In fact, Instacart is letting go around 20 percent of its entire part-time, in-store shopper staff, in the midst of changes to the way the company operates.

Framed in another biased way, we could say only 0.5 percent of the in-store shoppers that Instacart let go were unionized. It’s probably most cleareyed, however, to view Instacart’s recent round of firings as having nothing to do with worker unionization, despite the weird efforts of some disingenuous journalists to portray them that way.

Business has been booming for grocery delivery services during the pandemic, but—as Instacart noted in this recent blog post, and CNN reported on last summer—grocery retailers increasingly offering their own online shopping and curbside pickup services has forced Instacart to shift its business model somewhat.

“By late April, Instacart said it had hired 300,000 independent contractor ‘full-service shoppers’ to meet the surge in customer demand, and the company said it plans to add another 200,000 over the next couple of months,” CNN noted in July. “However, some of its in-store shoppers, who are part-time employees of Instacart, are losing their jobs [as a] result of at least two of Instacart’s store partners, Aldi and Sprouts, opting to replace Instacart’s in-store shoppers, as necessary, with their own employees.”

How the U.S. covered up the murder of Saudi journalist Jamal Khashoggi.

A Seattle-area school district is suing to get its teachers back in classrooms. The Bellevue School District “asked a King County Superior Court judge to consider a motion of a temporary restraining order Thursday, to force Bellevue educators to provide in-person instruction,” reports KOMO News.

A King County Superior Court Ex Parte Commissioner denied the restraining order saying the teachers are able to provide instruction to the students via remote learning.