The Prestigious Ashurbanipal Award: “The WEIRDest People in the World: How the West Became Psychologically Peculiar and Particularly Prosperous” by Joseph Henrich

The Prestigious Ashurbanipal Award goes to “The WEIRDest People in the World: How the West Became Psychologically Peculiar and Particularly Prosperous” by Joseph Henrich.

It has already earned great acclaim and has been included on other best book lists. Among those rightly calling it a masterpiece are previous Prestigious Ashurbanipal recipients Fareed Zakaria, the great author Andrew McAfee, and my “The Coddling of the American Mind” co-author Jon Haidt. It was named a Notable Book of 2020 by The New York Times, and included in Bloomberg’s list of the Best Nonfiction Books of 2020. I would like to add to this chorus: This is a book that people are still going to be reading years, if not decades, from now. 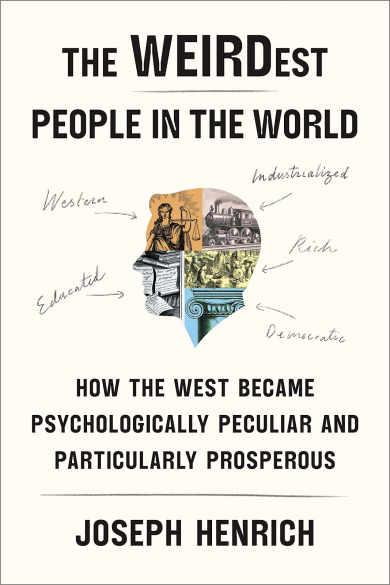 In Jared Diamond’s 1997 classic “Guns, Germs, and Steel,” Diamond convincingly argues that geography is key to explaining why populations on the Eurasian continent advanced so much faster than populations in, say, South America, Australia, sub-Saharan Africa, and North America. Throughout the book, Diamond points out advantages to populations from the Eurasian continent, including a larger number of domesticable animals; a wider selection of high nutrition crops, including wheat and rice; and, a seemingly unlikely advantage, increased exposure to pathogens.

Most important for the purposes of freedom of speech and flow of information, the east-west axis of Eurasia transforms the continent into a single road of information. The east-west axis and domesticated crops combined to create further advantages. For example, farming information would be useful across the entire latitudes due to similarities in climate. Meanwhile, populations in places like sub-Saharan Africa and South, Central, and North America function more like islands, isolated from regions with similar climate, crops, animals, and knowledge. And Australia, of course, is literally an island. Although “Guns, Germs, and Steel” is almost 25 years old, it is still an incredibly important and influential book.

Even if you think you know what this book is about, read it anyway! You’ll be rewarded for it.

Joseph Henrich picks up where Jared Diamond left off to answer the question: But why Europe? Why did Europe end up so much more prosperous and technologically advanced than other regions of Eurasia? In an amazing overview of human societies and psychology, Henrich convincingly argues that the informal Marriage and Family Plan (MFP) of the Catholic Church ended up having some surprisingly beneficial “knock-on effects.” The elimination of polygamy and undermining the importance of kin networks led to cultures that had peculiar characteristics, including impersonal morality norms, higher levels of trust for strangers, less favoritism for kin groups as opposed to outsiders, and lesser conformity to group norms.

The book also helps solve one of the great mysteries of the history of “liberal science” (Jonathan Rauch’s name for the system of deciding what is and isn’t true, which came into existence around the time of the European Enlightenment): Why did societal norms move from heavily kin-based norms to norms that not merely tolerated strangers and out-group members, but actually would argue with, engage, and even be persuaded by unrelated strangers?

After all, it is a large intellectual step to go from being suspicious of out-group members and strangers, which was the norm for much of human history, to being tolerant of them. And it is downright weird, historically speaking, to engage in arguments with people on the other side of the continent who you don’t know, and to let them convince you that you, your family, and all your ancestors may be wrong on sacred issues on the basis of abstract impersonal norms. Indeed, most of my readers are likely so “WEIRD” (an acronym that refers to people either from or educated in the culture of Western Educated Industrialized Rich Democratic societies) that the fact that this is a puzzle may feel like a puzzle itself. This is why you need to read this book!

An important note for many people already somewhat familiar with Joseph Henrich’s work: Even if you think you know what this book is about, read it anyway! You’ll be rewarded for it. A major mistake I and others I spoke to made was to assume that the book is all about Joseph Henrich’s argument that social science is harmed by a wildly disproportionate focus on “WEIRD” populations. The thesis is that most social science and psychological research relies on the available volunteers at leading universities in the West, particularly the United States, and those student populations are overwhelmingly WEIRD. Even in non-Western countries students in higher education tend to be heavily influenced by WEIRD culture. As the wonderful acronym points out, WEIRD populations are globally and historically not the norm, so therefore, a lot of our research doesn’t necessarily reflect characteristics of universal human psychology, but rather disproportionately reflects that of WEIRD countries.

This insight has been greatly influential to the thinking of people including me and my co-author Jon Haidt. It was also blazingly apparent to me, being raised by a Russian father, that a lot of the psychological norms we assume are universal in the West are far more recent and parochial. However, this very important argument takes up only a small fraction of the book itself, and I was frankly astounded by how much I learned reading this book, despite already being familiar with Joseph Henrich’s most famous acronym.

“The WEIRDest People in the World” is, indeed, a masterpiece. If you don’t own it, go out and buy it, and if it’s already on your stack of books to read, move it up. 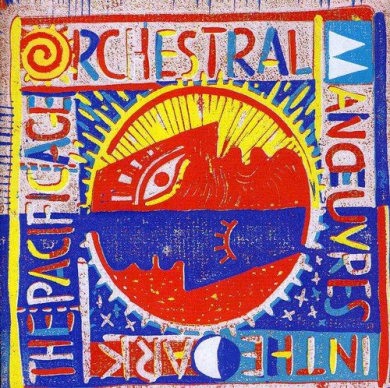 The Prestigious Fats Waller Award goes to the 1986 album

“Pacific Age” by Orchestral Manoeuvres in the Dark (a.k.a OMD).

If you’re at all ‘80s-curious, I highly recommend this innovative and haunting album. It shows a sliver of the at-times dark and unsettling world of ‘80s new wave music. Beautiful, sad, yet triumphal, it’s at times warped, dark, and creepy and therefore a good window into a vein of proto-alternative rock from the 1980s that is largely forgotten. It is a splendid example of the deep pessimism that often deceived you by sounding like joy, which defined so much of my favorite music growing up. 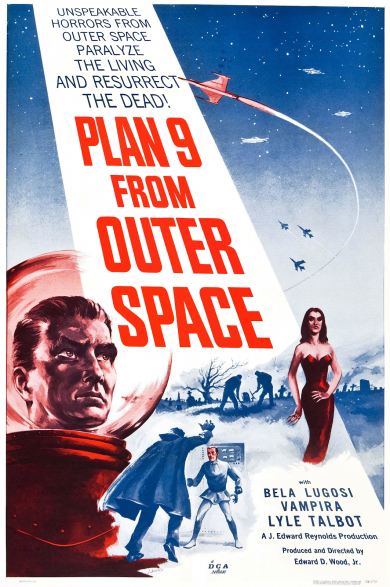 Yes, I know, I know, “Plan 9 from Outer Space” (1959) is roundly considered to be one of the worst movies ever made, if not THE worst movie ever made. It has received public attention even from big budget films such as “Ed Wood,” Tim Burton and Johnny Depp’s send-up of the life and times of its eccentric creator. But here’s the thing: A lot of people I know know the name “Plan 9 from Outer Space” but haven’t actually watched the movie. Like many of my fellow nerds, I spent many childhood hours doing my own version of “Mystery Science Theater 3000” with my family or friends to the gigantic backlog of bad movies available on VHS, late night TV, and basic cable.

There is no shortage of almost unbelievably bad sci-fi, but here’s the thing about “Plan 9 from Outer Space”: It doesn’t need any comedic narration. It never gets boring. There’s never a moment when it starts to kind of make sense. And there’s never more than a few minutes that isn’t funny, which is pretty remarkable for a movie that was supposed to be taken at least somewhat seriously as a sci-fi action flick.

I was going to share some bits from the movie, but seriously, just sit down and watch the whole thing yourself. It’s filled with wonderfully stupid quotes, the lamest plot to take over the planet in movie history, and a hero who seems to think that if America could just get its hands on a weapon that would automatically destroy the entire universe, it would be more powerful than ever.

It is bad movie perfection.

The post Joseph Henrich’s ‘The WEIRDest People in the World’ is a #MustRead: My first Prestigious Awards of 2021! appeared first on FIRE.