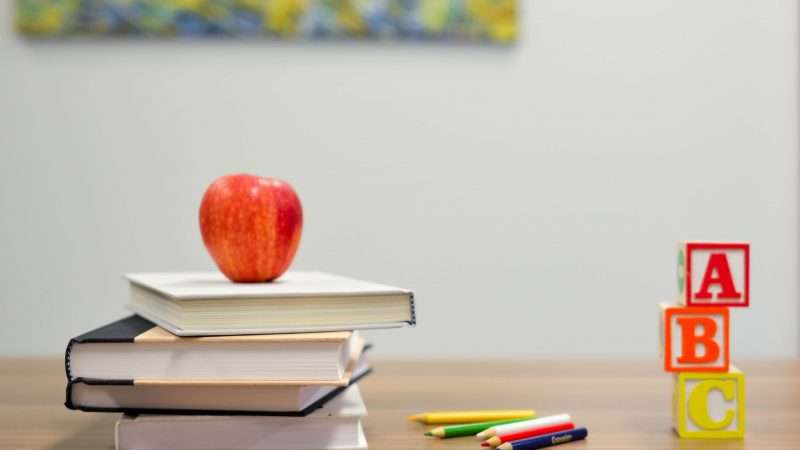 Marta Mac Ban is not a revolutionary. Ashley Ekpo is not disgruntled. And Brooke Hunt does not consider herself better than others. All three women just want the best education possible for their children.

During the COVID-19 pandemic, that has meant taking matters into their own hands. Rather than settling for public school solutions that put students in front of laptops all day, the parents have pulled their kids out of the system and tried alternatives.

The empowerment scares teachers unions, which have a long history of attacking choice. Normally when parents try homeschooling or other options, union allies brand them as weird or extreme. The newest smear is even uglier.

Parents who bring their children together in small learning groups during the pandemic not only get labeled as eccentric, but also as segregationists guilty of promoting racial division in a nation with an ugly history of “separate but equal.”

The National Education Association lays out the talking point in a recent policy paper, and industry insiders have repeated the claim on dozens of platforms. Using loaded terms like “radical” and “unqualified,” they have sounded the alarm about a massive parental revolt.

Popular targets include families that have organized themselves into pandemic pods and microschools—two variations of homeschool co-ops that allow in-person instruction to continue in residential settings while brick-and-mortar classrooms remain closed or restricted.

Union leaders blast the innovation not because it fails, but because it works. They argue that the proliferation of home study groups will widen opportunity gaps and worsen school segregation because well-resourced families will benefit disproportionately. New York University sociologist R. L’Heureux Lewis-McCoy says pod parents engage in “opportunity hoarding.”

Gregory Hutchings, superintendent of Alexandria City Public Schools in Virginia, warned about the opportunity gaps during a summer meeting with parents. Yet his concern that nobody get ahead during the pandemic applied only to others. Shortly after his lecture, he pulled one of his own children out of the district and enrolled her in a private Catholic school.

The pressure campaign is powerful, but many parents are no longer listening. Rather than worrying about the name-calling, they are reclaiming control.

Marta Mac Ban, an Arizona parent who started homeschooling her 6-year-old daughter during the pandemic, says the jolt from COVID-19 is exactly what the school system needed. “The shakeup has reminded district leaders who their customers really are,” she says. “If you don’t give your customers what they want, they go elsewhere.”

She and her husband did that in 2019 when they moved to Cave Creek, a small community north of Phoenix. They liked the local district, so they relocated as a form of school choice. Then they enrolled their daughter in kindergarten and got involved. Mac Ban volunteered as “room mom,” creating classroom decorations and participating in parties. She also stayed active in the parent-teacher organization, compiling and sending monthly newsletters.

Everything went well until March, when classes switched to Zoom. Mac Ban, who tries to limit her daughter’s screen time, quickly opted out. “She’s not going to sit still for hours at a time staring at a computer,” Mac Ban says.

She and her husband previously had considered homeschooling but were unsure if they had sufficient resources to pull it off. “We were already on the fence,” Mac Ban says. “COVID was the push.” Now she teaches at home, while teaming up with neighbors one day per week in a learning pod.

Despite the switch, Mac Ban does not oppose public schools. She sees many good things in her local district and continues to serve in the parent-teacher organization. What she supports is more choice. “One size does not fit all,” she says. “It’s ironic that they say, ‘No child left behind’ because so many kids are left behind when everyone is forced to go just to the one school.”

Prior to the pandemic, Ashley Ekpo and her husband also relocated to find better schools. They switched from Prince George’s County to neighboring Howard County in Maryland. The move extended the work commute for both parents, but they accepted the extra drive time as a sacrifice for their children.

Things went well until the pandemic. The parents initially jumped on board with distance learning through their public school, but soon found themselves overwhelmed with three school-aged children and two younger ones at home. “They were all lined up at the dining room table, and it was basically a nightmare,” Ekpo says.

After a few weeks, she noticed a drop in educational quality, so she started researching options. When she and her husband decided to try homeschooling, they initially saw it as a temporary solution until they felt comfortable sending their children back to the classroom. Now, the parents aren’t sure what they will do in 2021 and beyond. “We’re staying open-minded because we’re having a really good experience with it,” Ekpo says.

A Place for Everyone

Brooke Hunt and her husband like choice so much that they let their older children decide for themselves what they wanted to do during the pandemic. All three opted to remain in public schools, while two younger ones started homeschooling in Mesa, Arizona. “We just made the big, brave decision in August,” says Hunt, who has a degree in early childhood education.

Critics complain that homeschooling can cut children off from diverse classrooms, but Hunt sees the opposite in the co-op that she runs with two other families. Unlike public schools, which segregate students by age, the homeschooling group brings children together at different stages of development. This represents a type of diversity.

Participants in Hunt’s group also come from different racial and ethnic backgrounds. “Lack of diversity is never an issue,” she explains. Her only regret is that she cannot help more families in her little operation. “I wish I could open my home to everyone where there’s a need,” Hunt says.

Teachers unions could benefit from the same inclusive mindset. Parents like Mac Ban, Ekpo, and Hunt are not segregationists. They are innovators who should be celebrated, not smeared.