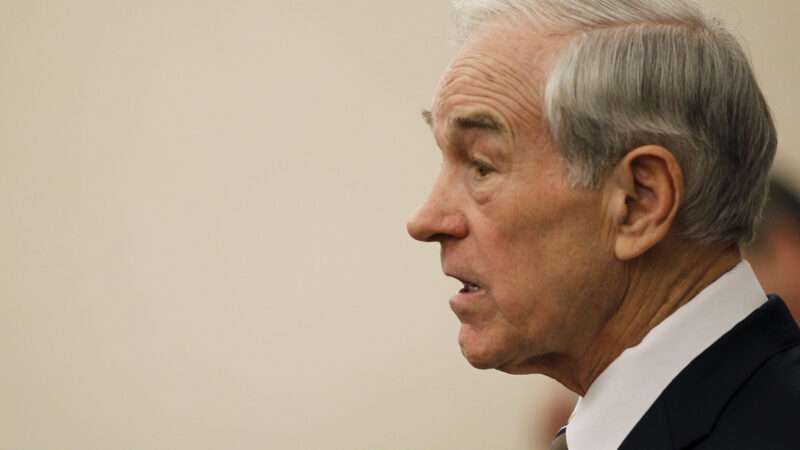 Shortly after reposting an article that criticized Twitter’s decision to ban President Donald Trump, former congressman and presidential candidate Ron Paul says he was locked out of his own Facebook page.

The page is still active and appears to be functioning normally for other users, but Paul claimed in a Twitter post that he’d been blocked from managing the page. Paul says that Facebook said he had “repeatedly” violated “community standards,” though he disputes that claim and says the social media site never identified an offending post.

With no explanation other than “repeatedly going against our community standards,” @Facebook has blocked me from managing my page. Never have we received notice of violating community standards in the past and nowhere is the offending post identified. pic.twitter.com/EdMyW9gufa

Paul had posted only one item to his Facebook page on Monday: a link to the congressman’s weekly syndicated column, in which he criticized Twitter’s decision to ban Trump. That move “was shocking and chilling, particularly to those of us who value free expression and the free exchange of ideas,” wrote Paul. “The justifications given for the silencing of wide swaths of public opinion made no sense and the process was anything but transparent.”

Those are valid criticisms, keeping in mind of course that Trump had just used his Twitter page to promote a rally that turned into a riot. Twitter’s decision to ban Trump is well within the private company’s rights, but it does raise some not easily answered questions about how the site will handle other world leaders’ accounts in the future.

Paul had also recently posted a clip of a video in which Daniel McAdams, executive director of the Ron Paul Institute, questioned whether last week’s riot had been intended to distract from Congress’ planned debate of alleged “anomalies” in last year’s election results.

If so, that would be own-goal by the president’s supporters who stormed the capitol last week. There is no indication whatsoever that any group other than Trump’s supporters were responsible for the riot.

Needless to say, the social media giant’s decision to lock Paul’s page is not censorship. The most recent posts made to Paul’s Facebook page are available on the institute’s website and have been disseminated through Twitter, YouTube, and other online platforms. Indeed, both posts are still available on Paul’s Facebook page. Without more information from Facebook, we can only speculate about why Paul has apparently been locked out of his page.

And that’s exactly the problem. Facebook does not owe anyone a platform—but if it is changing its standards for what content will be allowed, it ought to explain the new rules in terms that are easily understandable and equally applied. The same is true for other platforms. Those that don’t may find that they’ve only made themselves irrelevant in an online world built around openness and free discussion.

Social media sites can and should be criticized when they attempt to limit certain voices—particularly when they do so without providing clear and objective reasons for ruling certain content out of bounds. Twitter’s decision to permanently ban Trump seems to have set off a purge across multiple social media sites with broad yet vague criteria (to the extent that any clear criteria even exist) for shutting down certain sorts of speech.

The president’s use of social media to spread obvious lies and stir up violence may have deserved a digital sledgehammer. But moral panic is not a solid content moderation strategy.