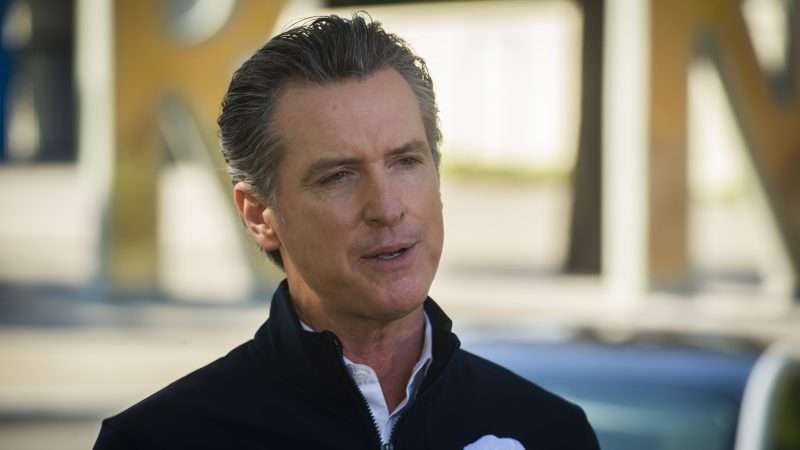 Newly identified COVID-19 cases in the United States have fallen sharply since mid-January, a drop that may reflect the waning impact of infections tied to winter holiday gatherings. During the same period, daily deaths leveled off and dipped slightly, and they should decline in February given the recent downward trend in daily new cases.

According to Worldometer’s numbers, the nationwide seven-day average of new cases yesterday was about 163,000, down 36 percent from the average on January 11 but still more than four times the level recorded in mid-September. The seven-day average of daily deaths was about 3,300, down a bit from the peak of more than 3,400 on January 16 and nearly five times the average in mid-October.

Researchers at Harvard University’s T.H. Chan School of Public Health found that “deaths often occur 2–8 weeks after the onset of COVID-19 symptoms.” That suggests the recent decline in daily new cases will be reflected in fewer daily deaths during the next month.

COVID-19 symptoms that might prompt someone to seek testing appear two to 14 days after infection, which makes it plausible that the surge between late December and mid-January was tied to Christmas and New Year’s Eve celebrations. The decline since then suggests that people from different households are getting together less now, as you would expect. The absence of holidays might not be the only factor, since it seems plausible that Americans are exercising greater caution in response to the winter surge.

Did government-imposed restrictions help curb virus transmission? A comparison of California, where Gov. Gavin Newsom ordered a new lockdown on December 3, and Texas, where Gov. Greg Abbott has not imposed any new restrictions, does not provide much evidence that such measures make an important difference.

In California, the seven-day average of daily new cases has fallen by nearly half since January 13. That is twice as big as the drop Texas has seen since its peak on January 15. But California also saw a much bigger increase in newly identified cases in December, notwithstanding Newsom’s sweeping restrictions. The seven-day average in California tripled between December 1 and December 22. In Texas during the same period, the average rose by about 65 percent.

Both states recorded a dip in late December, which probably was mostly due to holiday-related reporting delays. Then daily cases moved up again in both states. In California, the mid-January peak was about the same as the number on December 22. In Texas, it was 28 percent higher, meaning that daily new cases doubled between December 1 and January 15, which is still substantially smaller than the increase in California.

This week, Newsom lifted the new restrictions he imposed on December 3, which closed many businesses, required Californians to stay home except for “essential” purposes, prohibited outdoor dining at restaurants, and banned inter-household gatherings in regions where ICU capacity fell below 15 percent. Newsom reverted to his previous rules, which limit social and economic activity based on county-level COVID-19 data. Those rules are still highly restrictive by Texas standards.

“California is slowly starting to emerge from the most dangerous surge of this pandemic yet, which is the light at the end of the tunnel we’ve been hoping for,” California Health and Human Services Secretary Mark Ghaly said on Monday. “Californians heard the urgent message to stay home when possible, and our surge after the December holidays did not overwhelm the health care system to the degree we had feared.”

California Department of Public Health Director Tomás Aragón offered a similar spin: “Californians heard the urgent message to stay home as much as possible and accepted that challenge to slow the surge and save lives. Together, we changed our activities, knowing our short-term sacrifices would lead to longer-term gains. COVID-19 is still here and still deadly, so our work is not over, but it’s important to recognize our collective actions saved lives and we are turning a critical corner.”

The slippery language used by Ghaly and Aragón conflates exhortation with coercion and voluntary precautions with legal decrees. But there is little reason to think that Newsom’s edicts—especially his bans on low-risk activities such as outdoor dining—did much to slow the surge or turn the corner. Despite taking a much stricter approach than Texas, California saw a bigger surge in cases, and that surge continued for weeks after Newsom’s order. The subsequent decline began around the same time in both states.

“I’m not sure we know what we’re doing,” San Mateo County Health Officer Scott Morrow said a few days after Newsom’s lockdown. That still seems like a pretty accurate assessment.

Loading...
"Not by might, nor by power, but by my spirit, saith the Lord of hosts." Zechariah 4:6
BEFORE IT'S NEWS ON TELEGRAM
GET THE TELEGRAM APP - https://telegram.org/ JOIN OUR CHANNEL - https://t.me/BeforeitsNews
Read it..
BEFORE IT'S NEWS
SIGN UP FOR OUR NEWSLETTER
Today's Top Stories
New ShariRaye: 8 Cities Gonna Fall? Comey & Podesta Executed? McDonalds = Carcasses?
Boom! Are We Seeing White Hat Operations Everywhere? - Truth & Art TV Must Video
X22Report: Deep State Panicking! Ready To Use Ammunition! Something Big Is Coming! Red 2!! - Must Video
Testimony From A Real Clone
Situation Update, June 15th, 2021 - Exotic Weapons Technology? Supermagnetic Nanoparticle "Transfection" Vaccines! - Mike Adams Must Video(s)
New Monkey Werx: I Caught Angels on Camera After I Did This
New Cirsten W: Blackout Next Week? Christopher Sign Murdered, Audits
Anonymous: You Need To Hear This "They Are Coming And Everyone Will See Them"
New Monkey Werx: GITMO Blues & Rainy Day Hues & Puppy Dog Eyes - Overwatch SITREP 6 15 21
Mel K Discusses G7, Putin, Election Audit & Ballot Missing With Nicholas Veniamin! - Must Video
Loading...
Featured
How Do You Lower Your Blood Pressure
Alert! Inflation & Shortages at Critical Levels
Course Correction Radio: The Mark of the Beast W/ Guest Dan Bidondi
Many U.S. Cities Are Already Starting To Resemble Post-Apocalyptic Cesspools As America’s Collapse Accelerates
Shaking My Head Productions – QAnon | The Voice Of The Fallen Exposed
MIAC Triple FEATURE 6/15/2021
Trump update 6/15/2021..I have accepted the invitation of Texas Governor Greg Abbott to join him on an official visit to our Nation’s decimated Southern Border on Wednesday, June 30, 2021.
Man Faints And Crashes His Truck Into the Back of a Boat After Getting the COVID19 Vaccine
Forget About Fake News: Clear Examples of Fake Science Proves Crimes Have Been Committed Against You and Your Family.
Covid Vaccines are Toxic - Finnish MP
Top Global
How Do You Lower Your Blood Pressure
Harry Vox - Reports/Why isn't the FBI investigating and questioning gates'
Vendetta is V @V_4_Vendatta – 💥 50 MILLION AMERICANS MAY DIE THIS FALL 💥 + BBC1 – The Bill Gates Song
Let’s Be Very Clear: The Covid-19 Bioweapon Was Released Throughout 2019 In Targeted Major Metro Areas Such as Milan, Wuhan, Tehran & NYC
Ebola Response Staff Hiring United States - NIH NIAID CDC Hiring Staff Respond Ebola Patients In United States
Pakistan Shuts Off Phone Service To Non-Vaccinated Citizens
Covid Vaccines are Toxic - Finnish MP
Eric Clapton interview: “A world where you are not allowed the story of your own experience”
Woke
New Project Veritas! Fox 26 Reporter Ivory Hecker Releases Tape of Bosses; Sounds Alarm on 'Corruption' & 'Censorship'
Loading...
Top Alternative
Harry Vox - Reports/Why isn't the FBI investigating and questioning gates'
Situation Update: Happy Birthday Mr. President Edition! President Trump 2021! - Must Video
State acts to protect public from poisonous mushrooms; certification required in 2022
The Church Takes A Stand: New Declaration States No Authority To Implement Medical Mandates
Shadow World ~ Inside The Global Arms Trade! Must See Documentary Video! Lots Of Booms In This One!
Vendetta is V @V_4_Vendatta – 💥 50 MILLION AMERICANS MAY DIE THIS FALL 💥 + BBC1 – The Bill Gates Song
Bill Gates’ Covid-19 Vaccine Are The "Final Solution"! Proof Of The Planned Genocide Of The White Race! Must See Videos !!
MIAC Triple FEATURE 6/15/2021
Republican Joe Sanfelippo's solution to Milwaukee's Gun violence...bring in the WI National Guard! Forget Regulation. Hello Police State Next!
It's a Big Club And You Ain't In It! Coronavirus Hoax – Mafia Banksters Crash Global Economy - Get Ready For The Contrived Noahide Laws That Are Not Biblical But From The Christian Loathing Babylonian Talmud! Guard Your Children! Must See Videos!