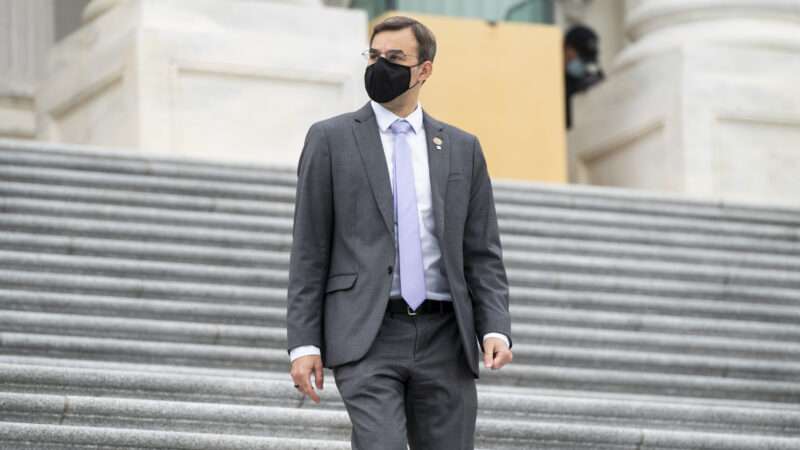 Amash, no stranger to Reason‘s pages and pixels, was perhaps the most incisive internal critic of congressional process, the biggest exemplar of vote-explaining transparency, and of course a big fat libertarian (metaphorically speaking), who went out the door introducing all kinds of libertarian-wishlist bills. So concludeth Peter Suderman, Matt Welch, Katherine Mangu-Ward, and Nick Gillespie on today’s Reason Roundtable podcast.

The gang also squabbles over the import of the Trumpian election shenanigans, weighs in on the character vs. ideology debate, and responds to our first-ever non-Webathon listener mail. (Speaking of which, send your questions to [email protected], pretty please!)

Relevant links from the show:

“Legislator Posts Votes on Facebook. All of Them,” by Katherine Mangu-Ward

“Justin Amash’s Tenure as the Libertarian Party’s First Member in Congress Will Be Shortlived,” by Elizabeth Nolan Brown

“Trump’s Conversation With Georgia Election Officials Shows His Conviction That He Won Is Impervious to Evidence,” by Jacob Sullum

“Ted Cruz Plans To Restore Confidence in the Election System by Lending Credence to the Wild Fraud Claims of a ‘Pathological Liar,’” by Jacob Sullum

“Trump Wasn’t a Dictator, but He Played One on TV,” by Gene Healy

“In Defense of COVID Billionaires,” by Katherine Mangu-Ward