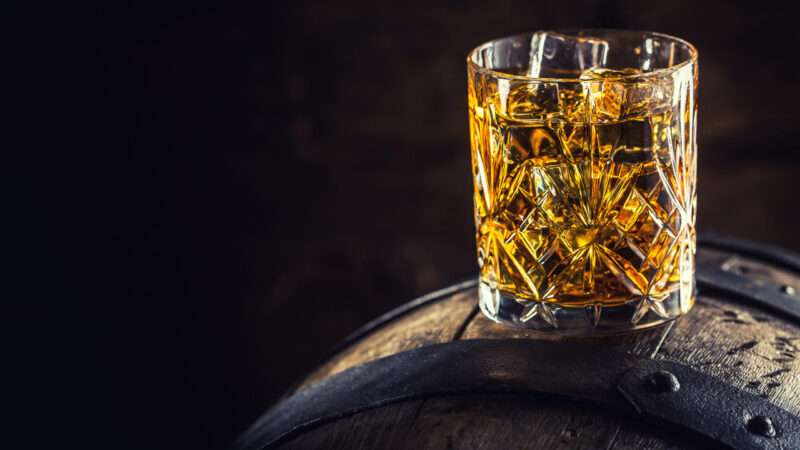 Before the tariffs hit, Sonat Birnecker Hart’s Chicago-based distillery was seeing exports to Europe and the United Kingdom grow by about 25 percent annually.

It’s been a different story for KOVAL Distillery recently, with sales across the Atlantic down 60 percent since whiskey got caught up in a trade war. “This erodes years’ worth of effort by our team to get onto European shelves,” Hart writes in an op-ed for The Washington Post. “The longer we’re off these shelves, the harder it will be to get back on them.”

The tariffs that have wrecked Hart’s ability to grow her brand overseas were imposed in retaliation to the Trump administration’s tariffs on steel and aluminum imported from Europe. Since June 2018, the European Union has applied 25 percent import taxes on American whiskey and a variety of American agricultural goods including corn, orange juice, peanut butter, and tobacco products.

Combined with the economic impact of the COVID-19 pandemic, the tariffs have forced Hart to scale back significantly: closing the distillery’s tasting room and laying off employees. Across the industry as a whole, American whiskey exports to European countries have declined by 53 percent since the tariffs were imposed, according to trade data tracked by the Distilled Spirits Council of the United States (DISCUS), an industry group.

And now another major hurdle looms on the horizon. Unless the U.S. reaches a deal with Europe to roll back the Trump-era tariffs before June 1, the European tariffs will automatically double from 25 percent to 50 percent.

That’s one of the first significant deadlines looming for the Biden administration as it navigates (and at least partially embraces) the haphazard trade environment left by Trump. When the Senate convenes next week for a confirmation hearing on Biden’s pick to be the U.S. trade representative, Katherine Tai, members should demand a plan to avoid that scheduled tariff hike.

The tariffs on Chinese imports that came to define Trump’s trade agenda have been economically damaging, but Biden appears unwilling to discard them for fear of losing the domestic political benefits that come with standing up to China. The U.S.-E.U. front of Trump’s trade war, meanwhile, is economically nonsensical and politically pointless—it is causing unnecessary pain to American businesses and the economies of longtime allies without providing any apparent benefits (even vacuous, populist ones).

Further complicating things is a mostly unrelated set of tariffs imposed by the U.S. in 2019 on European cultural goods, including Scotch whisky and French cheeses, in response to what the U.S. sees as unfair E.U. subsidies for Airbus, a European airplane manufacturer. The dispute over airplane manufacturing subsidies predated Trump’s election, but it came to a head alongside his other tariff maneuvers.

In short, at the same time that European tariffs on whiskey have hurt U.S. exports for American distillers, the U.S. tariffs on Scotch have raised prices for American consumers. It’s a lose-lose mess.

“Hospitality businesses on both sides of the Atlantic have been decimated by the global pandemic, and these tariffs are a significant and unnecessary drag on their recovery,” says Christine LoCascio, chief of public policy for DISCUS. “We are hopeful the Biden administration will clearly recognize the widespread damage being caused by the escalation of these trade disputes.”

Last month, 72 trade associations representing booze businesses on both sides of the Atlantic sent a letter to the White House requesting the “immediate suspension” of tariffs on alcohol and other products unrelated to the underlying disputes over steel, aluminum, and airplanes.

And the U.K. seems eager to work out a deal. Reuters reported last month that British trade minister Liz Truss was seeking a meeting with Tai to specifically discuss the U.S. tariffs on Scotch whisky.

With Britain having left the E.U., it makes little sense for the Biden administration to continue punishing Scotch producers and consumers for the crimes of the European government. But it’s probably true that the only way to avoid a June 1 escalation of the E.U. tariffs on American whiskey is for the Biden administration to abolish Trump’s tariffs on steel and aluminum. Tai should outline a plan to do exactly that at her confirmation hearing next week.

Until then, however, KOVAL Distillery and other American whiskey-makers are caught in the middle of an awful political mess. Almost no one wants the retaliatory tariffs on whiskey to remain in place, but policy inertia might cause them to worsen before they get better.

Loading...
"Not by might, nor by power, but by my spirit, saith the Lord of hosts." Zechariah 4:6
BEFORE IT'S NEWS ON TELEGRAM
GET THE TELEGRAM APP - https://telegram.org/ JOIN OUR CHANNEL - https://t.me/BeforeitsNews
Read it..
BEFORE IT'S NEWS
SIGN UP FOR OUR NEWSLETTER
Today's Top Stories
X22Report: Comms Sent, Deep State Panic, Touchdown Confirmed, The Mission Is Just Beginning! - Must Video
Joe Biden Lost & There is No Virus! So, What In The World Are They Really Hiding? Must See, Epic James Red Pills America Documentary!
Texas Was Targeted!! Watch And Try The Microwaved Snow Experiment!! Chemtrail/Terraforming Of Earth Explained... Snow Analzyed Found To Be Saturated With Heavy Metals... Freaky Snow Showing Up All Over The Place!!
Trump's Had Enough!! We've Had Enough!! NWO Being Dismantled Worldwide!! The Clintons Were The Keystone!! (Must Video)
New Monkey Werx! Here We Go Again! AF2 Sighting! Winter Freeze & Bizarro Flight Paths - Overwatch SITREP 2 19 21
Mel K: USA Situation Update - Part One! - SGT Report Must Video
Whoa! Ghislaine Maxwell Admitted Clinton & Trump Are On Epstein's Tapes!
Dark Outpost: Mass Executions At Gitmo Since January 6th
Jim Stone: We Now Have Proof What Happened in Texas Was a Direct Assault by the Biden Administration - This Was the Opening Volley of Biden's "Dark Winter" (Video)
FAKE Snow Texas, What's Happening in Underground Tunnels, Lin Wood Feb19 SCOTUS Fraud Voter Cases,
Loading...
Featured
Honeymoon Is Over! Emperor Biden Turns Lunatic Left Against Him In 3 Simply Shocking Statements!
Gene Decode! 35 Thousand + Children Rescued From Underground Bunkers Child Rescue Ops Tunnel Wars
Juan O Savin: Digital Cyber Attack! February 2021
The Insanity Of The Covaids Cult! Cryptos Skyrocketing As We Enter Intpo The Great Reset! - Dollar Vigilante Must Video
Trump Will Run In 2024! Finally Addresses The Subject & It Looks Like He'll Be Back! Dems Furious! - Must Video
Many More Exposed! Resignations Continue! Pray! - AWK Must Video
Breaking News: Texas Ordered By Dept Of Energy! Not Make More Power! Trumpet News Must Video
Steve Quayle: The Storm is Upon Us! - Full Show 2/2021
Dark Outpost: Mass Executions At Gitmo Since January 6th
ThePatriotNurse: Dark Winter Storm: A Prepping Case Study and Lessons Learned
Top Global
Damaged Fukushima Reactors Leaking Coolant After Last Weekend’s 7.3 Earthquake
X22Report: If You Know The Central Bank Economic Playbook What Advantages Might Exist! - Must Video
Ghislaine Maxwell Admitted Epstein Having Tapes Of Trump & Clintons
Military Whistleblower Speaks Out About Being Inside Alien Crafts - Stranger Thank You Think!
DOCTOR SPEAKING ABOUT THE GREAT RESET!
Beware of COVID "Vaccine," Warns Top Doctor! - Must Video
Police Forcibly Eject Journalist Avi Yemini From Dan Andrews Press Conference
Lab Scientist Claims Covid 19 is Fraud After Testing!!
It's All About Utopia & It's Happening NOW. DARK WINTER is Happening NOW...Power Grid Down ~ I Pet Goat 2. "They're Here"...Dorothy & the Witch Land at Flushing Meadows & Lakehouse Matrix. Must See Videos By Enter The Stars!
If You Believe Life Will “Return To Normal”, You Have A Fundamental Misunderstanding Of The Times In Which We Live
Loading...
Top Alternative
Juan O Savin: Digital Cyber Attack! February 2021
Damaged Fukushima Reactors Leaking Coolant After Last Weekend’s 7.3 Earthquake
Mainstream Media Outlet: Never Before" Has Leader Of The Free World Been "So Cognitively Compromised"
DOCTOR SPEAKING ABOUT THE GREAT RESET!
Friday News of The Week - Texas Iced Out, Biden's Continued Assault on Gun Rights, News & More
Behind the Push for Open Borders
Military Whistleblower Speaks Out About Being Inside Alien Crafts - Stranger Thank You Think!
Group Of Shoppers Rebel In Famous Food Store!! Masked Trader Joe Employee Tells Maskless Shopper To "Go F*ck Yourself"!!
Diabetes Improvements Worth Knowing
The Temporary Collapse of Texas Is Foreshadowing the Total Collapse of the United States