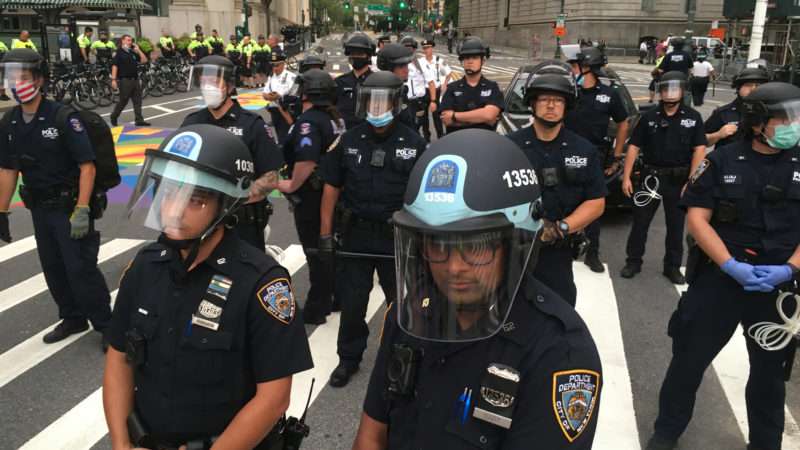 The U.S. Court of Appeals for the 2nd Circuit ruled Tuesday that New York City could release police misconduct records, rejecting arguments from police unions that the disclosure would invade officers’ privacy and put them in danger.

“We fully and unequivocally respect the dangers and risks police officers face every day,” the court wrote. “But we cannot say that the District Court abused its discretion when it determined that the Unions have not sufficiently demonstrated that those dangers and risks are likely to increase because of the City’s planned disclosures. In arriving at that conclusion, we note again that many other States make similar misconduct records at least partially available to the public without any evidence of a resulting increase of danger to police officers.”

The ruling is a major blow to New York police, firefighter, and prison guard unions in their fight to keep misconduct records secret. Last June, the state legislature, over the furious objections of the unions, repealed Section 50-a of New York’s civil rights statute, a law that had kept swaths of police records hidden from the public for more than four decades.

Reason reported on how Section 50-a stonewalled the families of police shooting victims looking for answers, like Constance Malcolm. In 2012, New York City Police Department (NYPD) officer Richard Haste and several other narcotics officers tailed Malcolm’s son, 18-year-old Ramarley Graham, from a bodega into Graham’s apartment, believing he had a gun, and fatally shot the unarmed young man. Malcolm has been fighting for years to pry information from the NYPD about the shooting and the officers involved.

After Section 50-a was repealed last June amid nationwide protests against police violence, a coalition of unions sued to block New York City’s planned release of misconduct records, arguing that the disclosure of unsubstantiated complaints would lead to retaliation against police officers and harm their reputations and future employment prospects.

But before the unions filed their lawsuit, New York City’s Civilian Complaint Review Board released a trove of records to the New York Civil Liberties Union (NYCLU) and ProPublica. The NYCLU published a database of more than 320,000 complaints filed against NYPD officers since 1985. The New York Times reported that only 3 percent of those complaints were substantiated.

“Plaintiffs have presented speculation only that these disclosures will increase risk of officer harm,” Failla said, noting that such records are public in a dozen other states.

Tuesday’s decision upholding Failla’s ruling opens the door once again for the city to release more records, although city officials did not say when that might happen.

The next release is expected to include a wider array of records, including not just civilian complaints but also internal NYPD misconduct investigations.

“Now we can go even further to restore accountability and trust to the disciplinary process,” Mayor Bill de Blasio said in a statement. “Good riddance to 50-a. We look forward to releasing this data and will seek clarity from the court regarding when these records can be released.”

De Blasio’s statement elides his administration’s long record of defending Section 50-a in court, which only expanded the scope of the law and made it harder to dislodge.

A spokesperson for the coalition of firefighter, police, and prison guard unions told the New York Daily News that the coalition will continue to fight.