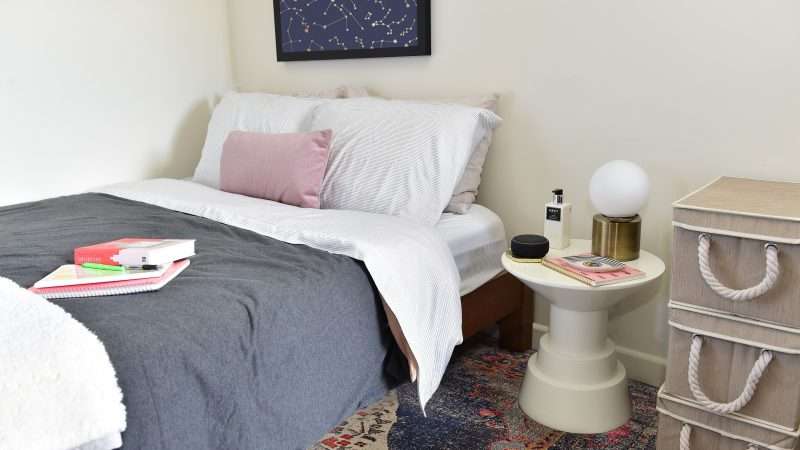 Students at the University of California, Berkeley are paying for the privilege of living in police-enforced lockdown. The university, which is dealing with a surge of COVID-19 cases, has decided to use draconian means to make sure virus spread stays limited. “The self-sequester mandate for UC Berkeley students living in the dormitories, originally intended to end Monday, has been extended for another week, with stricter security measures in place to enforce quarantining,” noted SFGate yesterday.

The new security measures include campus cops roaming dormitory halls looking for students leaving their rooms for unapproved reasons. The only permissible reasons to leave your dorm room at UC Berkeley are for meals, bathroom breaks, or getting a COVID-19 test.

Those reasons no longer include individual outdoor exercise as of this week. “We are working with the city of Berkeley to determine whether outdoor exercise may be permitted, and we will provide more information on this in the near future,” the university told students.

Students found in violation of these rules face the threat of suspension and being thrown out of student housing. The mandate extends until February 15.

Aside from being bad for student morale and mental health, the scheme seems much more likely to lead to dicey encounters between campus security and students than to have any effect on public health.

Jacob Sullum on the illogic of civil commitments for sex offenders who have served their sentences:

The state punishes people who commit sex crimes based on the assumption that they could and should have controlled themselves. But when it is time for them to be released after completing the punishment prescribed by law, the state says that was not actually true; now they must be locked up precisely because they can’t control themselves.

Albuquerque is one of the only cities in the country that bans the sale of homemade food. But a new bill in New Mexico Legislature could finally make it possible for bakers like mother Katie Sacoman to earn a living from home: https://t.co/aNUQFErfol

• Regulating tech companies like common carriers is a terrible idea:

All you need to know about who won the debate is that Epstein mentioned “hydroxychloroquine” multiple times.https://t.co/nZAvghkVrs

• A projection from the nonpartisan Congressional Budget Office says raising the federal minimum wage to $15 per hour would result in 1.4 million lost jobs.

• A new research paper from researchers at New York University and Columbia Business School finds “the COVID-19 pandemic brought house price and rent declines in city centers, and price and rent increases away from the center, thereby flattening the bid-rent curve in most U.S. metropolitan areas.”

• A Beverly Hills police officer turned on some Sublime music along with his body camera in what’s being described as an attempt to prevent the footage from being shared on social media by triggering copyrighted music filters and instant takedown.

• Elle magazine excerpts a new collection of essays from sex workers titled We Too.

• Is America too bound by red tape to support successful space innovation anymore?