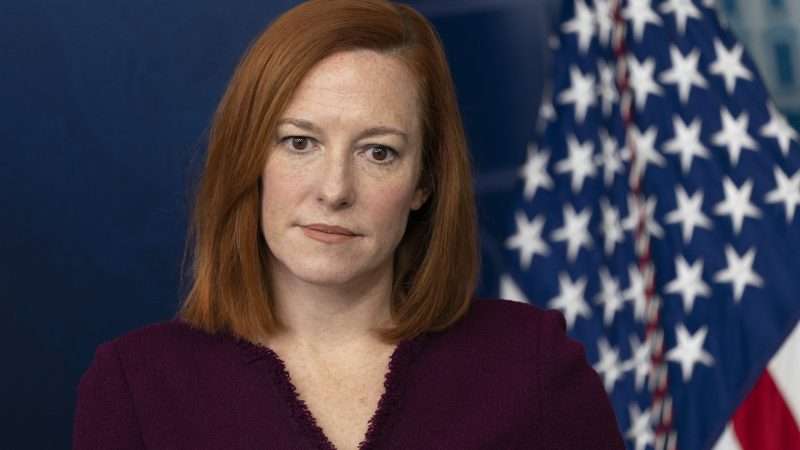 “Biden vows to reopen most schools after 1st 100 days on the job,” ran the Associated Press headline on December 8. Advocates of reopening who follow the issue closely could see the potential wiggle room—it’s not the federal government’s call, the full statement was shot through with hedges and conditions, “most” just means 50 percent plus one, etc.

Still, even after the downgrading of most K-12 schools to most K-8 schools (sorry, Classes of 2021-24, you’re just hosed), I can’t say I was ready for a goalpost-shift this tectonic:

This is the ground-softening in advance of the Biden administration’s expected guidelines tomorrow to “safely reopen” K-8 schools in the United States, which has had among the lowest percentage of classroom attendance in the industrialized world during these past 11 pandemic-cursed months.

Reopening has become a heated political issue, with labor clashes delaying in-school instruction in Democratic-run big cities such as Chicago, Philadelphia, San Francisco, Washington, D.C., and Los Angeles. Remote and hybrid learning has been statistically brutal on students and their parents, with the former suffering educational setbacks and significant increases in emotional problems, and the latter experiencing a mass dropout of women from the labor force.

Teachers unions and the politicians they support, including Biden, say that more money is needed to safely reopen elementary, middle, and high schools, on top of the $69 billion in additional federal funding they received in two 2020 COVID-relief bills. (The K-12 system typically receives around $40 billion a year from the feds.) Biden’s $1.9 trillion relief package proposal contains $130 billion for pre-college education, and an additional $350 billion in fiscal stabilization for the states. Given that public school spending amounts to around 20 percent of state budgets, it’s safe to assume around $70 billion of that would go to K-12.

Complicating that combined $200 billion ask is the fact that many schools are already open five days a week, without any new checks being written.

“More than 70 [percent] of all K-12 students in Alabama, North Dakota, Texas, and Utah have the option of in-person instruction, while Florida and Wyoming are teaching almost all of their students in person,” reported CBS News, citing the reopening-tracker website Burbio. “All of these states also have ‘right to work’ laws that say no one can be forced to join a union, which means that…if the district orders schools to be reopened, teachers must show up for work or risk losing their job.”

Whereas most of the public system remains fully or partially closed, most private schools are fully open, including in the same cities and neighborhoods where government-run education is 100 percent remote. And many of the empty school buildings in largely closed districts are not in fact empty—they are filled with kids, being supervised by adults, just not adults who belong to teachers unions.

Regardless of the contractual status of participating adults, indoor buildings full of kids during weekdays have consistently been among the safest known settings for humans to gather during the COVID pandemic. This was true in late August, when the American Federation of Teachers (AFT) was running anti-Donald Trump scare-ads characterizing schools as “superspreader events,” as it is true this week, when the The New York Times is implausibly portraying AFT President Randi Weingarten as a tireless advocate for reopening schools.

A president and political party who campaigned on the haughty promise to “listen to scientists and heed their advice—not silence them,” now find themselves shooshing the Centers for Disease Control (CDC) for making factual statements that complicate the P.R. rollout for the $200 billion beg.

“There is increasing data to suggest that schools can safely reopen and that safe reopening does not suggest that teachers need to be vaccinated,” CDC Director Rochelle Walensky said on February 3, echoing the position of her predecessor. “Vaccinations of teachers is not a prerequisite for safely reopening schools.”

So what specific measures are in the $200 billion proposal?

According to a White House breakdown, $60 billion would go for preventing layoffs, $50 billion for reducing class size (which comes with an estimated 10 percent staffing bump), $29 billion for extra make-up learning and tutorial, $14 billion for increased custodial staff, $10 billion for more counselors and psychologists, and $3 billion for school nurses. So basically 80 percent of the money would go toward personnel. At a time when K-12 enrollment is down by around 6 percent nationwide.

To sum up: The Biden administration seeks an extra $200 billion, on top of the $70 billion in extraordinary COVID relief already spent, so that K-8 schools that have been bleeding students can hire enough more teachers and staff that maybe 50 percent of them can open once a week by April. Meanwhile, private schools without a drop of federal funding have remained open five days a week in the most shuttered cities.

“Science is not the obstacle. Federal money is not the obstacle. The obstacle is a lack of willpower,” snarled Senate Minority Leader Mitch McConnell (R–Ky.) in a February 3 statement. “The President’s Chief of Staff keeps saying we need even more massive federal funding before teachers can go back. There’s no scientific basis for that. The goalpost-moving doesn’t stop with money. In several places, these unions sought to elbow toward the front of the line for vaccinations—only to turn around and say, thanks for those vaccines, but don’t think these will necessarily get our folks back in the classroom anytime soon.“

But McConnell isn’t the one who holds power here. Democrats are prepared to use Vice President Kamala Harris as the tiebreaker on a 50-50 Senate vote, so the only thing standing between teachers unions and their workplace-avoiding payday is any lingering sense of shame about moving goalposts, breaking promises, ignoring science, infuriating parents, and inflicting measurable damage on students.

“Schools plan for potential of remote learning into the fall,” went yesterday’s Associated Press headline. Meanwhile, those millions of us parents who want no such thing are making other plans of our own.