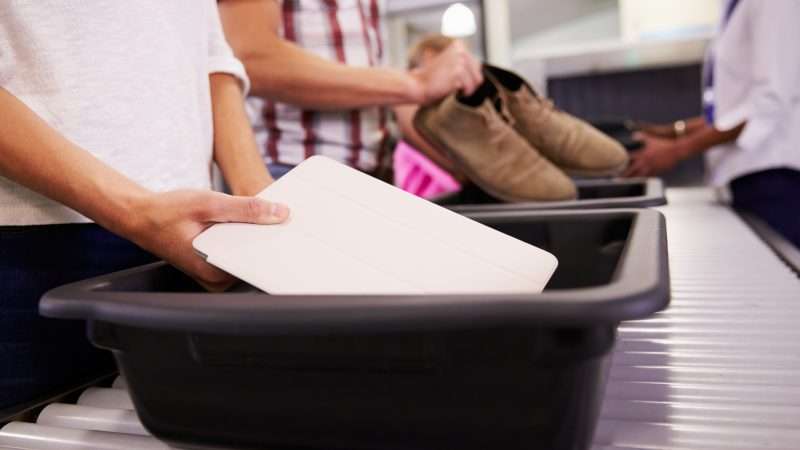 The Biden administration is giving a hard look at requiring domestic air travel passengers to show a negative COVID-19 test before boarding flights. Could that policy result in even more preventable deaths?

On Monday, Department of Transportation (DOT) Secretary Pete Buttigieg said that the Centers for Disease Control and Prevention (CDC) “is looking at all its options” after being asked by CNN about a testing requirement for domestic flyers.

“What we know is that it’s the appropriate measure for international travel, people traveling into the U.S. given some of those considerations,” said Buttigieg, noting the federal government already has a testing requirement for international air travelers. “I’d say the domestic picture is very different, but you know the CDC is always evaluating what can best be done to keep Americans safe.”

CDC Director Rochelle Walensky said during a Monday press briefing that testing passengers on domestic flights would help slow the spread of the virus, but declined to say whether there were plans in the works to actually require this.

The airline industry has vociferously opposed a domestic testing requirement, arguing that airlines already provide a safe environment for their passengers. Requiring customers to show a negative test before flying, they argue, would dampen already weak demand for air travel.

On Tuesday, Delta CEO Ed Bastian called it a “horrible idea” that would be a logistical nightmare to pull off while accomplishing little public health benefit given the safety of air travel.

“A domestic testing requirement for air travel will inevitably result in potential air travelers electing to drive to their destinations, which is statistically more dangerous than flying,” he stated.

A number of studies have found that the risk of COVID-19 transmission on flights is relatively low thanks to the high-quality air filters found on planes, as well as airlines’ policies of requiring masks and spacing customers apart. The airlines’ voluntary masking policies have been superseded by a CDC order, issued in late January, that requires all “passengers on public conveyances” (like airplanes, buses, and trains) to wear masks.

“An airplane cabin is probably one of the most secure conditions you can be in,” said Sebastian Hoehl, the co-author of two studies on in-flight COVID-19 transmission, to Scientific American in November.

As Novak mentions, there could be a counter-productive effect on public safety if people who would have otherwise flown for their trip instead choose to drive, given how much more likely one is to die in a car crash than a plane crash.

A much-cited 2007 study of the safety effects of enhanced baggage screening at airports post-9/11 argued that the added inconvenience of flying encouraged people to fly less and drive more, resulting in around 500 additional auto accidents a year.

The Transportation Security Administration (TSA) has an absolutely abysmal record of detecting weapons and other dangerous objects in their security screenings, meaning they probably added little safety benefit to counterbalance the lives lost from increased driving.

The trade-off might be different for a policy of requiring travelers to obtain a negative COVID-19 test before flying. The virus has proven a lot more deadly than any terrorist. On the other hand, getting a COVID-19 test is much more of a hassle than having to put one’s laptop in a separate bin at a security checkpoint.

Given the apparently low risk of contracting COVID-19 on planes, and the more dangerous transportation modes a domestic airline testing requirement would push people towards, the policy could well end up being counter-productive to the goal of saving lives.