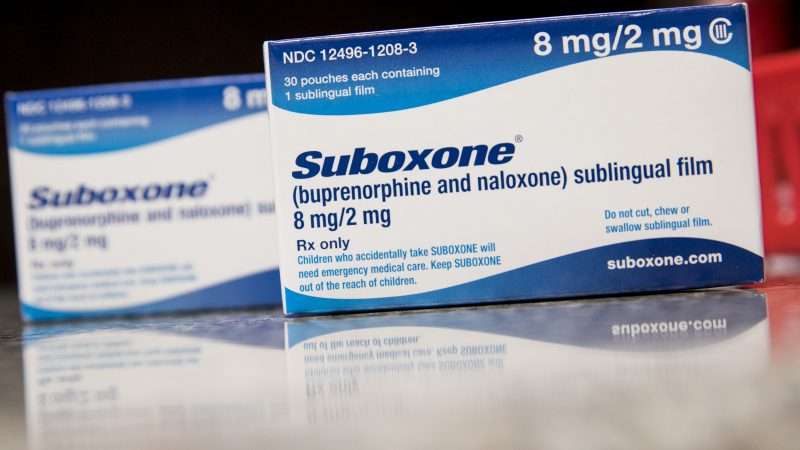 Anonymous sources close to the White House say the Biden administration plans to reinstate special licensing requirements for physicians to prescribe buprenorphine, the most common medication used to treat opioid use disorder. Shortly before President Donald Trump left office, his administration updated federal guidelines to discontinue the “X-waiver,” a regulation that required physicians to obtain eight hours of additional training before prescribing buprenorphine for addiction treatment. Although the Biden administration has made no official decision, the Department of Health and Human Services (HHS) recently removed the relaxed guidelines from its website.

During his campaign, President Joe Biden promised to undo regulations that prevent the optimal distribution of buprenorphine. Yet one of his first actions in office reverses a policy that would have allowed unprecedented access to opioid addiction treatment.

HHS officials cited concerns about whether the department had the authority to issue guidelines that bypassed regulations set by Congress. As recently as 2018, Congress explicitly outlined requirements that physicians and other health care providers must meet to treat opioid use disorder with buprenorphine. Although the Controlled Substances Act grants HHS broad authority, in conjunction with the Department of Justice, to reclassify any federally regulated drug, the rules imposed by Congress seem to cover all drugs in Schedules III through V. Oddly, the Justice Department might be able to avoid this obstacle by moving buprenorphine from Schedule III to the more restrictive Schedule II. Another possible option: The Biden administration could completely deschedule buprenorphine. The Trump Administration didn’t attempt either approach to justify it’s guidelines, but argued HHS has the authority to “eliminate the requirement that physicians with  a Drug Enforcement Administration (DEA) registration number apply for a separate waiver to prescribe buprenorphine for opioid use disorder treatment,” which would effectively cover almost all practicing physicians in the U.S.

Legal issues aside, evidence from abroad suggests that physician licensing for buprenorphine prescribing might be preventing the U.S. from better addressing unprecedented levels of opioid-related deaths (mostly involving illicit fentanyl) amid the COVID-19 pandemic. Although the previous assistant HHS secretary, Elinore McCance-Katz, warns that loosening buprenorphine restrictions could lead to black-market diversion through overprescribing, France witnessed a 79 percent drop in opioid-related deaths within four years of eliminating its physician-licensing requirement for buprenorphine in 1995. During this period, the number of patients receiving medication-assisted treatment (MAT) with opioids like buprenorphine increased from fewer than 2,000 to more than 60,000. Evidence from the U.S. also suggests that buprenorphine distribution is followed by substantial reductions in opioid-related fatalities.

As of March 2020, 1.3 million Americans were receiving MAT for opioid addiction. Data from the National Survey on Drug Use and Health (NSDUH) indicate that 1.6 million Americans experienced opioid use disorder in 2019. That gap may help explain why 90 percent of illicit buprenorphine users report obtaining the drug to prevent opioid withdrawal. In addition to estimating the number of Americans who qualified for a diagnosis of opioid use disorder, the 2019 NSDUH found that more than 10 million Americans used illegal opioids or “misused” prescription analgesics that year.

The idea behind MAT is to replace euphoric opioids such as heroin, fentanyl, and oxycodone with a milder opioid that relieves cravings and other withdrawal symptoms. Many public health officials would prefer that opioid users become completely abstinent and see MAT as, at best, a step toward that goal. Yet the Drug Enforcement Administration (DEA) has acknowledged the need for MAT medicines like buprenorphine and methadone to fight the worsening scourge of opioid-related deaths. The DEA even supported relaxing telemedicine restrictions to ensure access to buprenorphine during the pandemic. Since only 8 percent of illicit buprenorphine users report that they use the drug to get “high,” the Biden administration should consider reposting the previous administration’s guidelines, which would allow more doctors to help patients struggling with opioid addiction.

Buprenorphine is a Schedule III substance, which means it is deemed to have a lower “potential for abuse” than the opioids in Schedule II, which include morphine, oxycodone, and hydrocodone. Yet all physicians seeking to prescribe opioids for addiction treatment must acquire additional medical training and can treat no more than 100 patients in the first year and no more than 275 after that. Those restrictions are puzzling, because there is no patient cap or additional training requirement for prescribing Schedule II opioids, or even buprenorphine, for pain relief. Until recently, the DEA was much more likely to audit prescribers of buprenorphine than prescribers of oxycodone.

“Regardless of how it’s done, it’s important to end the X-waiver,” says Kate Nicolson, a civil and disability rights lawyer who founded the National Pain Advocacy Center. “If HHS doesn’t have the authority, an amendment can be easily added to pending opioid crisis legislation….There is a clear evidence basis that buprenorphine reduces the chance that those suffering from opioid use disorder die from an overdose, and the additional regulations surrounding the drug are simply a double standard steeped in stigma against drug users. Such restrictions don’t yet affect pain patients receiving the same drug, although that is starting to change with new regulations. We need to reassess whether the interventions we’ve put forward have led to more deaths and focus on appropriately prescribing all opioid medications.”