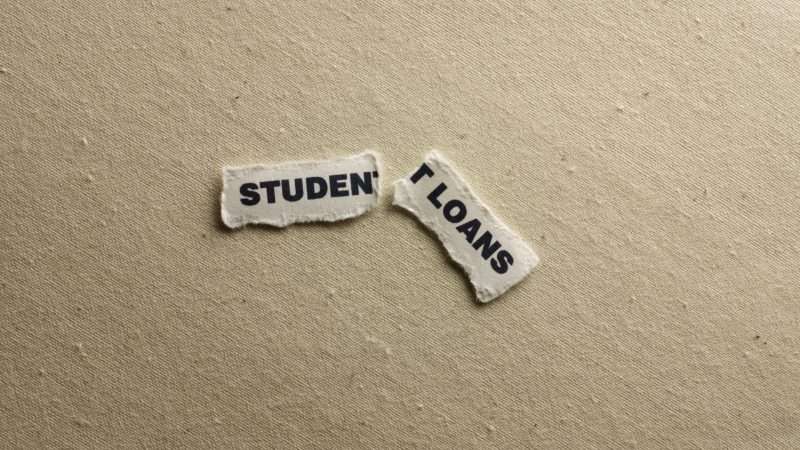 Congressional Democrats and President Joe Biden’s administration are at odds over how to cancel student loan debt. Sen. Elizabeth Warren (D–Mass.) and Senate Majority Leader Chuck Schumer (D–N.Y.) insist that Biden can and should cancel up to $50,000 of loan debt per borrower using an executive order. Biden’s team reportedly prefers that Congress pass a bill giving the Department of Education authority to forgive up to $10,000 of outstanding student loan debt per person.

While neither of those proposals will address the cost disease plaguing higher education in the United States, the Warren proposal relies on a rather Trumpian approach to appropriations.

The Warren proposal, which you can study here, notes that section 432(a) of the Higher Education Act of 1965 authorizes the Secretary of Education to “enforce, pay, compromise, waive, or release any right, title, claim, lien, or demand, however acquired, including any equity or any right of redemption,” as relates to loans issued under the Federal Family Education Loan (FFEL) Program; now, the Federal Direct Loan Program. Warren and other student loan forgiveness advocates interpret that clause to mean that the Education Department may adjust individual loan values down to zero if the loan is owned by the Education Department (more than 90 percent of student loans are). They say that this interpretation was shared by the Trump administration, which cited section 432(a) in justifying a temporary waiver of interest on student loans due to COVID-19′s economic impact.

Warren’s proposal to permanently forgive the debt of tens of millions of student loan borrowers (and which would cost substantially more than the revenue lost by temporarily suspending interest payments), uses an income-based sliding scale to determine the forgiveness amount: $50,000 in debt forgiveness for household incomes less than $100,000, scaling down to zero for household incomes over $250,000. The scale is tied exclusively to the prior year’s tax filing and the corresponding amount would be forgiven automatically. Her proposal also calls for the IRS to not treat the forgiven loan amount as taxable income (which it currently does for loans forgiven after 20 or 25 years of income-based repayment).

A letter to Warren from members of Harvard University’s Project on Predatory Student Lending suggests that this route is perfectly legal, and that “the only statutory limitation” on the Education Department’s authority to “compromise” a loan “is the requirement that the Secretary ‘may not enter into any settlement of any claim under [Title IV] that exceeds $1,000,000′ without requesting ‘a review of the proposed settlement of such claim by the Attorney General.’”

While rich with detail, the letter from the Project on Predatory Student Lending focuses largely on a close literal reading of the Higher Education Act. There is no suggestion by the letter authors that the Higher Education Act, the Federal Claims Collection Act, or the Federal Credit Reform Act was intended or amended explicitly to give the Secretary of Education the power to discharge $650 billion worth of student loans (the amount Warren expects the U.S. government to forgive if her plan is implemented). Yet the letter nevertheless claims that “Congress has granted the Secretary a more specific and unrestricted authority to create and to cancel or modify debt owed under federal student loan programs in the Higher Education Act (HEA) itself” and that “that provision empowers the Secretary to execute the broad debt cancellation plan you have proposed.” It is right there in the bill that Lyndon B. Johnson signed in 1965, the power for a political appointee to spend $650 billion without so much as a “by your leave” from Congress.

This is perhaps why Schumer is under the impression that Biden can forgive all those student loans “with the flick of a pen.”

In a memorandum sent to former Education Secretary Betsy DeVos in January, Reed D. Rubinstein, then deputy general counsel for the Department of Education, argued that the secretary does not, in fact, already have these broad powers.

Rubinstein argued that the Constitution assigns the power of the purse to Congress, that federal law requires appropriated funding “be applied only to the objects for which the appropriations were made except as otherwise provided by law,” and finally, that Congress has not voted to allow Education Department funding to be used in the way Warren and Schumer want. This is the same argument House Democrats used in 2019 when they sued Trump for using a national emergency declaration to divert military spending toward a border wall after the House refused to appropriate the $5.7 billion he requested.

“Congress does not impliedly delegate a policy decision of massive economic and political magnitude—as blanket or mass cancellation, compromise, discharge, or forgiveness of student loan principal balances, or the material modification of the repayment terms or amounts thereof, surely would be—to an administrative agency,” Rubinstein wrote. He calls Warren’s reading of section 432 “hyperliteral and contrary to common sense.”

And yet, Congress doesn’t always intervene when executive agencies take interpretative license in order to make decisions of “massive economic and political magnitude.” Aside from a handful of critical quotes from a few Senate Republicans, Congress did not intervene in September 2020 when the Centers for Disease Control and Prevention (CDC) imposed a nationwide eviction moratorium in response to COVID-19 on the grounds that Congress had vested the agency’s director with “the power to take any measures deemed ‘reasonably necessary’ to prevent the interstate spread of communicable disease, including ‘inspection, fumigation, disinfection, sanitation, pest extermination, and destruction of animals or articles believed to be sources of infection.’” In fact, Congress later wrote the CDC’s plan into law.

Rubinstein adds that in the event a legal case could be made for allowing the mass forgiveness of student loans without Congress granting new power or approving new spending, “doing so might be appropriately and necessarily considered a legislative rule under the Administrative Procedure Act,” subject to public notice and comment. Somewhat ironically, the Trump administration struggled with APA compliance for his entire term.

Biden did not initially appear to be very fond of this game. Politico notes that Biden in December called Warren’s plan “pretty questionable,” and said, “I’d be unlikely to do that.” But according to a tweet from White House Press Secretary Jen Psaki, “Our team is reviewing whether there are any steps he can take through executive action and he would welcome the opportunity to sign a bill sent to him by Congress.” The Hill reports that the White House Office of Legal Counsel is conducting that review.

Regardless of how Democrats under Biden choose to address the real and perceived deficiencies of our current system for funding higher education, taxpayers and borrowers deserve a break from rule by executive order. Many of these ideas are bad no matter what process Democrats use to implement them, but debating them in Congress might make them less so.