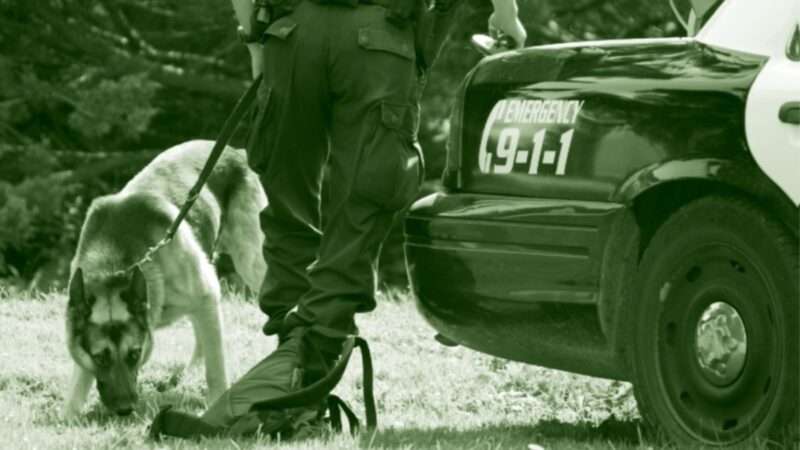 Civil asset forfeiture, which allows police to seize property they allege is connected to crime without arresting or charging the owner, has provoked intense criticism in the United States, especially during the last decade. The critics argue that the practice demolishes due process and undermines property rights, giving cops a license to steal from innocent people who often lack the resources to resist.

In response, defenders of civil forfeiture argue that it deters and incapacitates drug traffickers by confiscating their profits, along with assets they use for production and distribution. The tactic’s supporters also say the revenue it yields helps fight drug trafficking and other kinds of crime because it supplements the budgets of law enforcement agencies.

In a new study published by the Institute for Justice, Seattle University economist Brian Kelly tests both of those claims and finds no evidence to support them. Kelly analyzed data from five states that use forfeiture extensively: Arizona, Hawaii, Iowa, Michigan, and Minnesota. He reports no statistically significant relationship between increased forfeiture revenue and lower drug use rates or higher crime clearance rates.

To the contrary, Kelly found that clearance rates for violent crimes tend to fall as forfeiture revenue rises. That result is consistent with the criticism that the lure of found money diverts law enforcement resources from predatory crimes to drug offenses. Kelly also found that forfeiture revenue tends to rise as economic conditions worsen, which likewise suggests the practice is driven by financial incentives rather than public safety concerns.

That is hardly surprising, given the general ineffectiveness of drug law enforcement. Even when forfeiture is deployed against a major drug dealer, the confiscation of his assets is not likely to have any more impact on drug availability or cost than his arrest or imprisonment would. And forfeiture, like the drug war generally, tends to target small fry and innocent bystanders rather than big fish.

“Currency forfeitures in the states are typically just $1,300 or less,” Kelly notes. In some states, the median is even lower: just a few hundred dollars. In 2017, nearly all of the vehicles seized by Michigan’s forfeiture program were worth less than $1,000.  It would be a miracle if petty, money-grubbing forfeitures like these had any noticeable impact on the drug supply.

In the aggregate, however, small-time forfeitures can make a significant contribution to the budgets of local law enforcement agencies. “When local budgets are squeezed, police respond by increasing their reliance on forfeiture,” Kelly says. “A one percentage point increase in unemployment—a common measure of economic health—was associated with an 11% to 12% increase in forfeiture activity.”

This reliance on forfeiture revenue is conspicuous when state legislators consider reforming or abolishing the practice. Last year an Arizona bill that would have required a criminal conviction prior to forfeiture passed the state Senate unanimously but foundered in the House, where Democrats unanimously opposed it. One of their main concerns was the bill’s impact on law enforcement budgets.

The results of the new Institute for Justice study are similar to what Kelly found in 2019 when he looked at the Justice Department’s “equitable sharing” program, which gives local agencies a big cut of the take when they initiate or assist forfeitures completed under federal law. According to the 2019 study, “more equitable sharing funds do not translate into more crimes solved” and “do not mean less drug use.” Kelly also found that when local unemployment rose by one percentage point, equitable sharing revenue rose by nine percentage points.

“These findings that forfeiture is not meeting its policy goals would be of considerable concern even if forfeiture were harmless,” Kelly concludes in the new study. “But forfeiture is not harmless. It is a serious intrusion on civil liberties. Property is often seized and forfeited based only on a police officer’s probable cause determination, as owners fail to contest seizures of their property because they are stymied by a confusing system, cannot afford legal representation or are compelled to sign away their right to their property to avoid possible criminal charges. Even when people do contest forfeiture, the system provides owners with poor protections that disadvantage them every step of the way.”