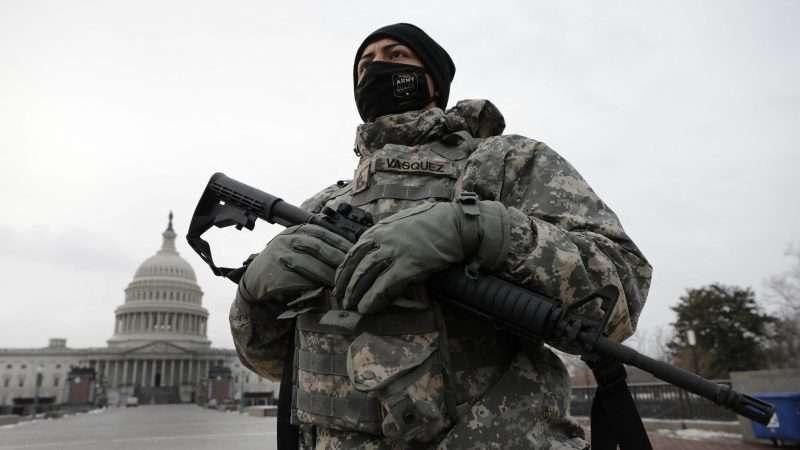 Many of my fellow libertarians were rightly in a tizzy after former CIA director John Brennan, commenting on the right-wing insurrectionists who stormed the Capitol, noted that the Biden administration is “now moving in laser-like fashion to try to uncover as much as they can about what looks very similar to insurgency movements that we’ve seen overseas.”

In particular, they were dismayed by his description of an “unholy alliance…of religious extremists, authoritarians, fascists, bigots, racists, nativists—even libertarians.” Brennan’s former deputy chief of staff clarified the “even libertarians” comments to Politifact—noting that, “many self-identified libertarians acknowledged their participation in the disgraceful events of 6 January.”

The big concern isn’t the cheap swipe at libertarians, some of whom probably deserve it. Instead, the fear is that Brennan’s words provide a template for the “mission creep” that accompanies every government effort to battle some growing threat.

Let’s dispense with the obvious. The attack on the Capitol was an outrage. The federal government should prosecute those people who committed acts of vandalism or violence. Congress and voters have every right to inflict a political price on elected officials who fanned the flames of the insurgents. Homegrown radicalism is indeed a serious problem.

However, we should be leery about giving the feds additional powers. “The trouble with fighting for human freedom is that one spends most of one’s time defending scoundrels,” wrote Baltimore’s famed journalist H.L. Mencken. “For it is against scoundrels that oppressive laws are first aimed, and oppression must be stopped at the beginning if it is to be stopped at all.”

Or as former Rep. Justin Amash (L–Mich.), who was the first member of Congress from the Libertarian Party, tweeted in opposition to a new domestic-terrorism bill: “There are too many federal criminal laws already. Terrorists can be charged under multiple statutes. Laws passed in the heat of the moment, like the Patriot Act, are routinely applied nefariously against law-abiding Americans.” Read that last sentence aloud for effect.

On April 19, 1995, Timothy McVeigh detonated a fertilizer bomb in a van at the Alfred P. Murrah Federal Building in Oklahoma City, which killed 168 people in the nation’s deadliest terror incident before 9/11. That date marked the second anniversary of the federal siege of the Branch Davidian complex in Waco, Texas—an event that radicalized McVeigh and his accomplices.

At the time, a militia movement was gaining steam. The Oklahoma City atrocity spurred Congress to pass the Antiterrorism and Effective Death Penalty Act of 1996. As is often the case with these “in the heat of the moment” proposals, this measure passed with strong bipartisan support in Congress. President Bill Clinton signed it into law.

The law meant to “deter terrorism, provide justice for victims, provide for an effective death penalty, and for other purposes,” but mainly gutted the right to habeas corpus. Scholars call that constitutional protection the “Great Writ of Liberty” because it provides a process for wrongly imprisoned people to challenge their detention in court.

Fast forward to Oct. 26, 2001, when President George W. Bush signed the USA Patriot Act—a bipartisan effort to protect the country after the September 11 attacks. Critics have penned volumes on the law’s unintended consequences, but this ACLU summary is succinct: “It gives sweeping new powers of detention and surveillance to the executive branch.” It deprives “the courts of meaningful judicial oversight to ensure that the law enforcement powers are not being abused.”

What could go wrong with giving the feds more open-ended powers? “What characteristics are we looking for as we are building this profile of a potential extremist, what are talking about?” asked former Rep. Tulsi Gabbard (D–Hawaii) on a recent TV news show. She’s right. If you give law-enforcement agencies an inch, they’ll take a yard. In building a profile of extremists, she fears that the feds will zero in on evangelicals—or maybe even libertarians.

Of course, our state government is getting in on the action. State Sens. Henry Stern, (D–Los Angeles) and Tom Umberg (D–Santa Ana) have introduced a bill that would create state investigative teams to “assess potential threats” from right-wing agitators. Such groups definitely are troublesome, but how will the state define these terms? Will it surveil law-abiding people in the process?

You’d think Americans have learned enough from the unintended consequences of those 1996 and 2001 laws to rush down this path again. One needn’t be a member of a wing-nut group—or even a libertarian—to understand how the government might misuse its new powers.